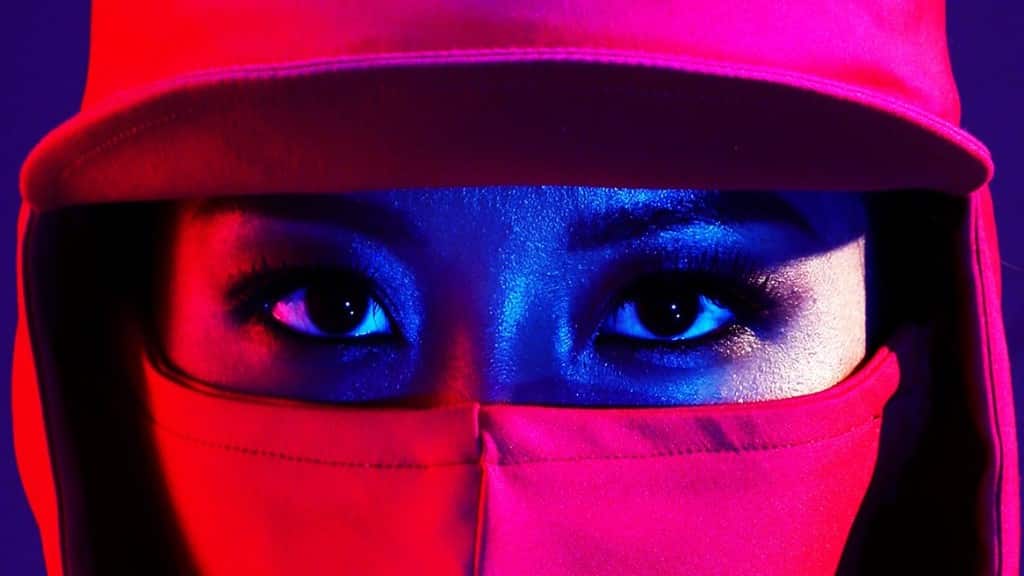 For a long time, hip-hop and rap music are mostly recognized around the world as a masculine art form. But times are changing and female rappers are now rapidly gaining global recognition.

This is a different feat for female rappers in Asia. It can be challenging to gain recognition and stardom in nations that center upon traditional female roles. However, the rest of the world certainly can’t deny the appeal of this hypnotic “Asian Invasion”. They’re taking the world by storm, whether it’s in theater, arts, and music, these women are dominating the globe with their talent and charm.

That said, there are many Asian artists out there that deserve a big break— ones that are making big splashes and are bound to reach global success. Here are some of the best female rappers and hip hop artists in Asia that you should definitely check out:

Nora Lum, also known as Awkwafina, is a 29-year old rapper and comedienne of Chinese and Korean descent. She was born and raised in New York. Her paternal grandfather owns a Chinese restaurant in Queens named Lum, a salute to the family name. Growing up, she was heavily influenced by classical and jazz music back and her love grew especially during their school days. She coined the stage name “Awkwafina” when she was 16 as a representation of her quiet and passive nature as a kid.

Lum began her musical career at 13 years old. When she was 23, she released a song called “My Vag”, which garnered more than four million views on YouTube. Word around the grapevine is that it was because of this track that she got fired from her job.  Her other released songs include “Yellow Ranger” and “NYC Bitche$”. Aside from her musical career, she has starred in several Hollywood films including Ocean’s Trilogy: Ocean’s 8 and Crazy Rich Asians. With all this success, Awkwafina sure has a bright future ahead in the entertainment circuit.

Hee-Sun Lee, stylized as “HeeSun Lee”, is a Christian hip-hop artist with a mixed ethnicity of Korean and American. She was born in South Korea but was later adopted by Chinese-American immigrants.  She began her musical career with her debut album “Re: Defined.” In 2014, she released “Stereotypes” and hit the #25 spot on Billboard’s Top Gospel Albums.

Lee’s energy is focused on battling misogyny and promoting female empowerment. She is set to conquer the international stage with her latest drop, Flying Cars.

Haniely Pableo, also known by her stage name HanHan, is a Filipina immigrant who moonlights as a nurse during the day but is a kickass rapper by night. How hardcore is that? She discovered her love and passion for music while attending a poetry workshop. She was greatly inspired by her narrative and the story she held inside her. By 2009, she kick-started her rapping career.

Hanhan converts her literary pieces into hit rap songs such as “Take A Muna”, which mostly documents her daily struggles as an Asian woman living in America. As an ode to her homeland, she sings using her native tongues, Tagalog and Cebuano. Her goal is to provide young Filipino immigrants with a story they can relate to, in the name of nationalistic solidarity.

Lee Chae-rin, famously known as CL, is a South Korean singer, songwriter and rapper. She is also a former member of the popular South Korean group 2NE1.  When 2NE1 disbanded in 2016, CL pursued her life-long dream of making a name for herself in the global music industry by signing a record deal with famous talent manager, Scooter Braun. Since then, she has collaborated with Diplo and her fellow Korean artist, G-Dragon.

She worked with renowned choreographer, Parris Goebel, for her sassy “Hello Bitches” music video. Goebel has worked with big names in the industry, including Ciara, Rihanna, Little Mix, and Nicki Minaj. In 2018, she debuted her film career in Mile 22 alongside Hollywood actor Mark Wahlberg. CL has been quiet in the last couple of years, but we are sure she is cooking up something amazing!

Mao Yan-Qi, or VaVa, is known as the Rap Queen of China. She is one of the most popular female rappers in her country. After joining the Chinese reality show “The Rap of China”, her career had blasted off. She chose VaVa as her stage name as an homage to her childhood.  Her tracks center on her cultural heritage and the advocation of rap as a way to “express our innermost emotions and thoughts about how we understand the world we live in.”

While the Chinese government may not be open to having a thriving hip-hop industry, the Movie ‘Crazy Rich Asians’ had propelled VaVa into international stardom gaining massive popularity outside China.

Akko Gorira, also known as Akko Gorilla, is a relatively new but powerful addition to the rap scene. Going with the stage name of AKKOGORILLA, Akko Gorilla is an up-and-coming rapper from Tokyo, but if you ask her, she’ll most likely say “planet earth”. She’s known for her cutely odd, driven and eccentric nature— I mean, her name says it all.

Akko Gorilla discovered hip-hop when she was 10 years old. She wrote her pieces with the innocent fun of rhyming and matching, but after growing up and gaining confidence, these amusing and child-like pieces of literature turned into full-on raps. She came up with her stage name upon learning that gorillas communicate through rhythm.

Her release of “Tokyo Banana” put her on the map as it features an 80s vibe to hip-hop. And yes, she literally raps about a banana. As if that wasn’t weird enough, she has also released a track called “Donkey Kong” which samples sounds from Donkey Kong Country. In the song, she raps from the perspective of a gorilla in a fun but slightly aggressive tune. Some recent releases include “GRRRLISM” and “EVERYBODY BO” both of which celebrate personal freedom, women empowerment and body acceptance. Oh, and they’re total bops, too.

Hàng Lâm Trang Anh, also known as Suboi, is Vietnam’s hip-hop pride and joy. She is the first Vietnamese rapper to reach worldwide success. How successful is she? She performed a freestyle rap for Barack Obama when he visited Vietnam in 2016. Before this monumental achievement, she made her debut as the opening number to Skrillex in the SWSX Music Festival which made her the first Vietnamese artist to ever perform at the festival. Her stage name came from “Su” which is her nickname at home and “Boi” due to her being a self-proclaimed tomboy.

Suboi started writing verses when she was 14 years old and to this day she has maintained an unapologetic outlook in her works. Vietnam is not exactly known for its grasp of modern music, let alone hip-hop, but Suboi is unafraid of breaking those barriers regardless of the nation’s straightforward government. Her music has themes of freedom, bravery, family and love. She has also been very vocal about her battles with stereotyping as Vietnam still holds the notion that rapping is not for women. She also just recently released a track with Utada Hikaru titled “Too Proud”. It’s surely no wonder why she is Vietnam’s queen of hip-hop.