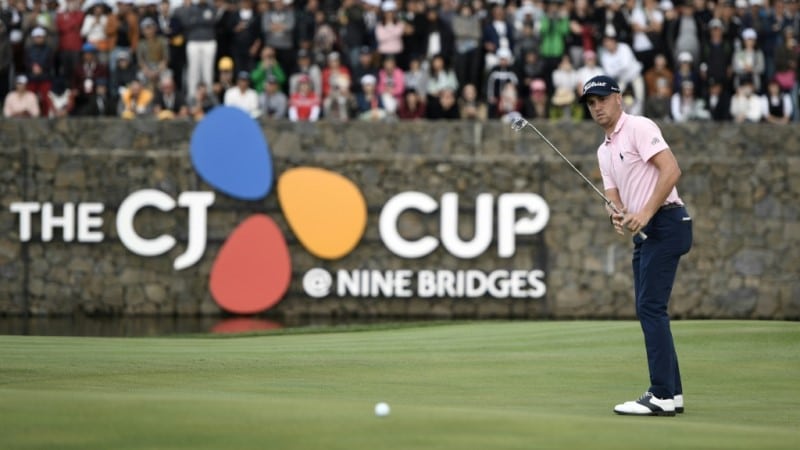 South Korea’s biggest golf tournament was moved to Las Vegas because of coronavirus restrictions on Tuesday, as the rest of the US PGA Tour’s $30 million ‘Asian swing’ also looked in doubt.

The CJ Cup, originally due to take place on Jeju island from October 15-18, will now be played at Las Vegas’s Shadow Creek course on the same dates, the PGA Tour and sponsors CJ Group said in a joint statement.

South Korea — which had brought its outbreak largely under control, but is now tackling several clusters of infections — has imposed strict limits on travel, with all arrivals required to spend two weeks in quarantine.

Separately, the PGA Tour said it was in talks over the fate of Japan’s Zozo Championship and the WGC-HSBC Champions in Shanghai, which are scheduled to be held in consecutive weeks after the CJ Cup.

With combined purses of $29.75 million, the PGA Tour’s three-stop swing has been the highlight of Asia’s golf calendar in recent seasons.

“We are currently engaged in discussions with the stakeholders of both the Zozo Championship and World Golf Championships-HSBC Champions and will make an announcement shortly on the status of both events,” the PGA said in a statement sent to AFP.

The $10.25 million Shanghai tournament has been under a cloud since Chinese authorities banned most international sports events this year, to guard against coronavirus outbreaks.

In its three years of existence, the CJ Cup has been won by two former world number ones — Justin Thomas in 2017 and 2019, either side of Brooks Koepka’s victory in 2018.

“While our players have always looked forward to visiting Korea, the current circumstances provided this new opportunity to bring the event to Las Vegas,” said Ty Votaw, the PGA tour’s vice president of international operations.

The CJ Group said it planned to bring the event back to South Korea next year.

Meanwhile, regional golf suffered another blow as the Asian Tour, on hold since March, announced the loss of the only remaining event on this year’s calendar.

Next month’s Shinhan Donghae Open will now be played as a domestic event on the Korean tour because of the travel restrictions, the Asian body said. Just four events have been possible on the Asian Tour this year.

The LPGA Tour’s BMW Ladies’ Championship, due to be held in the South Korean city of Busan in October, was also in doubt on Tuesday as officials await government advice on whether it can go ahead.

“We will follow authorities’ instruction no matter what it will be,” Bret Choi, a representative of the LPGA’s Asia operations, told AFP.

“This is not a matter of choice.”

South Korea has a disproportionate share of the women’s world golf rankings, providing eight of the current top 20 including number one Ko Jin-young.