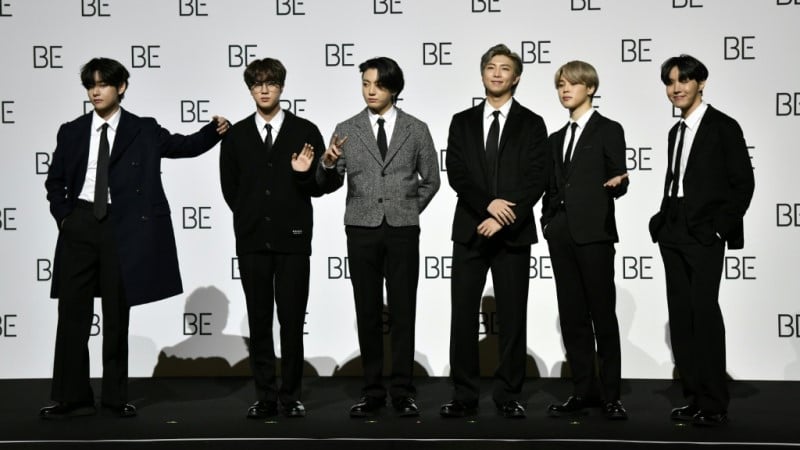 Three hours after “BE” was made available on a simultaneous worldwide release, the video for first track “Life Goes On” — a song offering a message of hope in the face of the coronavirus pandemic — had been viewed almost 20 million times on YouTube.

“This is the best thing that has happened this year,” wrote one fan, among more than 560,000 comments.

“Just when I was starting to feel like trash again and wanting to leave this world, BTS drops this album,” another added. 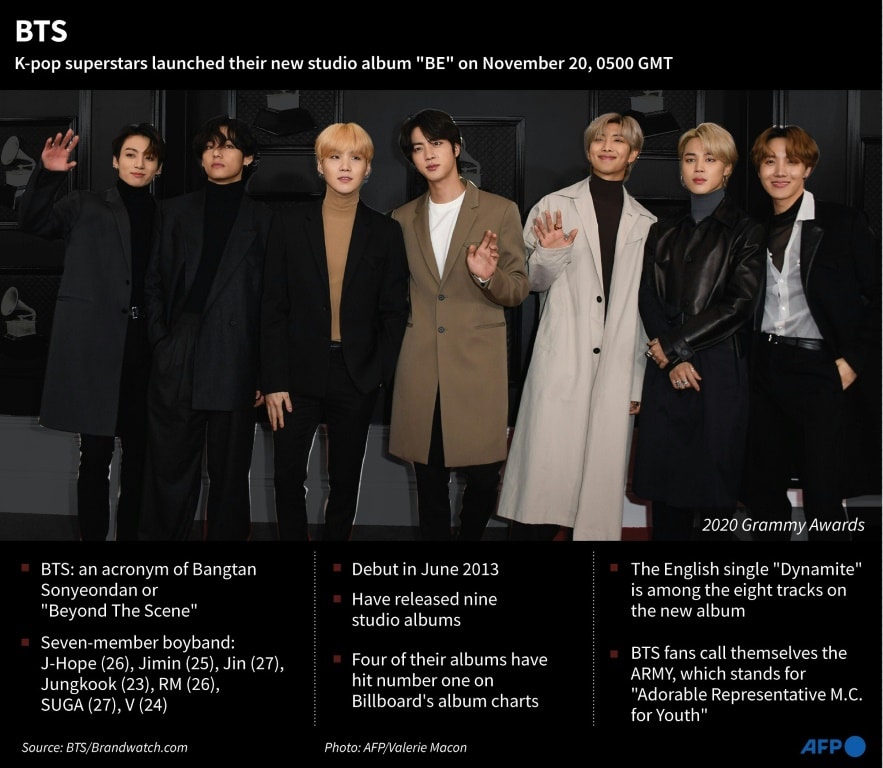 “Their music saved me so many times and it still continues to do so.”

BTS have ascended to global superstardom since their debut in 2013, holding a string of sold-out shows in Los Angeles, Paris and London last year.

The trailblazing septet cemented their prominence in the world’s biggest music market when their all-English single “Dynamite” entered the Billboard Hot 100 at number one in August, making them the first South Korean act to top the US chart.

“Our goal with the music on ‘BE’ is that it can be a comfort to a lot of people,” member Jimin told a press conference Friday.

“If many people can relate to it, I will be really thankful.”

The eight tracks — which include “Dynamite” — are the group’s fifth Korean-language studio album, and “contains the most ‘BTS-esque’ music yet,” Big Hit said in a statement ahead of the release.

The new album needs “to persuade the skeptics who have more recently heard about BTS that their work is powerful, original, and deep”, CedarBough Saeji, a visiting professor at Indiana University Bloomington, told AFP.

“If this album can demonstrate that loyal fans exist in large part because of phenomenal artistic offerings, the critics who attribute BTS’s success only to loyal fans will be forced to reassess.”

BTS’ lyrics are often socially conscious — themes include the ills of consumerism and mental illness.

#BTS are here to remind you that #LifeGoesOn

Check out This Is BTS for all of #BTS_BE and exclusive content from @BTS_twt https://t.co/YPjm7e3XWy pic.twitter.com/VkMwko2qWf

They consistently engage with fans at home and abroad through social media, having accumulated 30.7 million followers on Twitter.

Member Jin said another “BE” track, the retro disco “Telepathy”, expressed “the sad reality of not being able to meet with our fans around the world because of Covid”.

“The song is about how we’re happiest when we’re with our fans, and that although we’re physically apart now, we’re in fact always together.”

The megastars are scheduled to perform “Dynamite” and “Life Goes On” for the 2020 American Music Awards on Sunday in Los Angeles.

Call of the Country

While Big Hit’s shares have fallen back since their initial stock market debut the firm is still worth around $6 billion.

But it warned in its IPO prospectus that it faced a “risk factor” in the form of mandatory military service for all seven BTS members.

South Korea requires all able-bodied men to serve in uniform to defend it against the nuclear-armed North, usually for 18 months.

Jin, the septet’s oldest member at 27, cannot delay his service beyond the end of 2021, while the other six will have to follow in the coming years.

The South is currently debating exemptions for stars such as BTS, who have been at the forefront of the Korean Wave cultural phenomenon in recent years, but the band reiterated on Friday that they all plan to serve.

“As a young South Korean man, I think I must serve in the military without a question,” Jin said.

“As I’ve said every time, I will accept the call of the country at any time whenever it happens,” he added. “All of us plan to serve.”