North Korea Ready to Send Millions of Leaflets to South 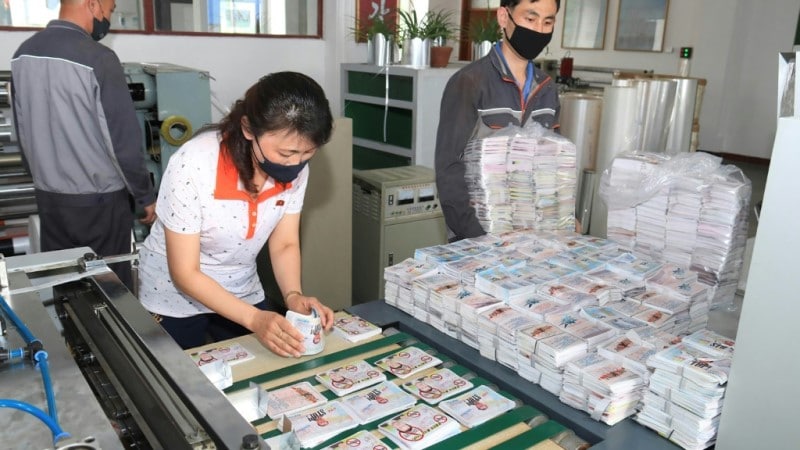 North Korea has millions of propaganda leaflets ready to send to the South by an aerial armada of balloons, it said Monday, heightening its rhetoric against Seoul after blowing up a liaison office.

In recent weeks Pyongyang has issued a series of vitriolic condemnations of Seoul over anti-North leaflets, which defectors based in the South send across the border — usually attached to balloons or floated in bottles.

The North says it will have nothing more to do with Seoul, and last week blew up a liaison office on its side of the border that symbolized inter-Korean rapprochement, while threatening to bolster its military presence in and near the Demilitarized Zone. 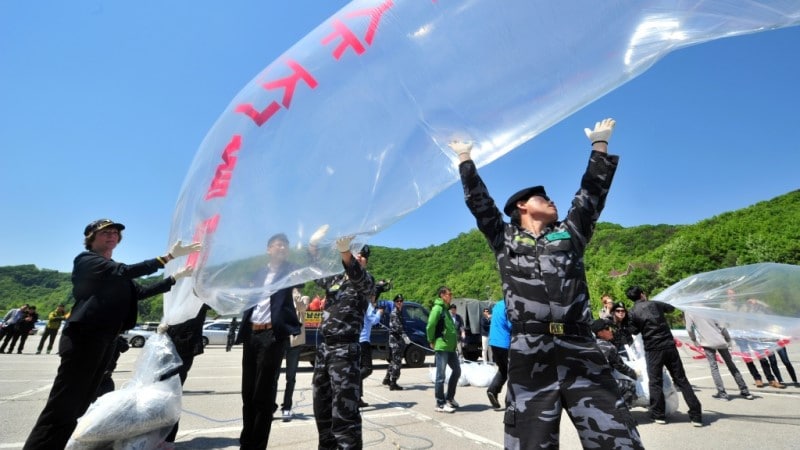 Analysts say Pyonygang has been conducting a series of staged provocations aimed at forcing concessions from Seoul and Washington with nuclear talks at a standstill.

Ostensibly the source of its anger is the leaflets which it says insult the dignity of its leadership — a reference to leader Kim Jong Un.

It is preparing to retaliate with its “largest-ever distribution of leaflets against the enemy”, the official Korean Central News Agency reported Monday.

Altogether “12 million leaflets of all kinds reflective of the wrath and hatred of the people from all walks of life” have been produced, it said, and more than 3,000 balloons prepared to send them far to the south.

“The time for retaliatory punishment is drawing near,” it said.

One of the leaflets shown in the official Rodong Sinmun newspaper carried an image of South Korean President Moon Jae-in drinking from a cup and accused him of having “eaten it all, including the north-south Korea agreement”.

Both Koreas used to regularly send leaflets and loudspeaker broadcasts to the other side, but agreed to stop such activities in the Panmunjom Declaration that Moon and Kim signed at their first summit in 2018.

North Korea has begun setting up loudspeakers at multiple locations along the border to broadcast propaganda, the South’s Yonhap news agency reported Monday, citing an official of the Joint Chiefs of Staff.

Inter-Korean relations have been in a deep freeze following the collapse of a summit in Hanoi between Kim and US President Donald Trump early last year over what the nuclear-armed North would be willing to give up in exchange for a loosening of sanctions.

Moon initially brokered a dialogue between Pyongyang and Washington, but the North now blames him for not persuading the United States to relax sanctions.

Analysts say Pyongyang’s current actions appear to be carefully calibrated, drawing out the process by issuing multiple incremental warnings from different official sources — leadership, government departments and the military — ahead of each step it takes. 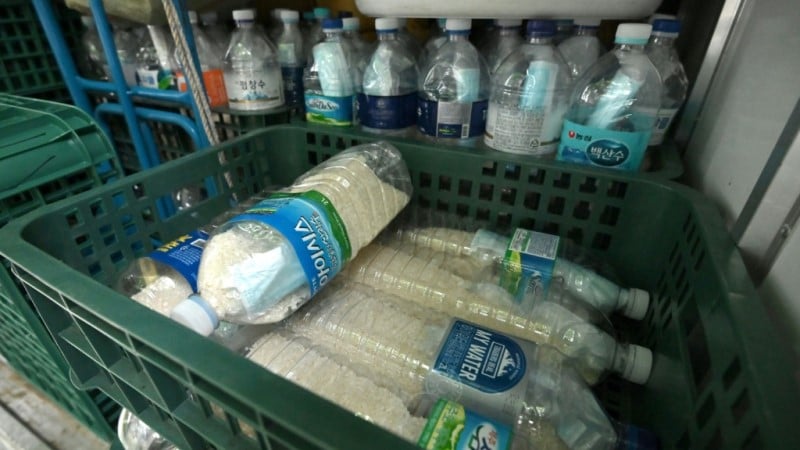 Plastic bottles filled with rice and face masks are pictured on June 18, 2020 in Seoul, loaded on the truck of a North Korean defector planning to send the bottles towards North Korea through a border river

In a commentary this month, KCNA described leaflet-scattering as “undisguised psychological warfare” and “an act of a preemptive attack that precedes a war”.

At times it leaflet dispatches have led to escalation — in October 2014 the North opened fire on an air balloon carrying anti-Pyongyang leaflets, triggering an exchange of shots at the border.

But most South Koreans largely ignore leaflets they find sent by the North.

The flyers often boast of its military prowess or criticize the US and Southern presidents, accompanied by offensive images and language. A 2016 flyer showed then South Korean president Park Geun-hye, with one eye photoshopped to look bruised and her hair messed up, with the message: “Idiot president and devil.”

The North’s declarations on Monday came after Kim Yeon-chul, South Korea’s point man for relations with Pyongyang, resigned as unification minister over the heightened tensions, expressing hope that his departure “will be a chance to pause for a bit”.

South Korea has also announced it will ban sending leaflets north — raising concerns over freedom of speech in the democratic country — and has filed a police complaint against two defector groups over the campaigns that have offended Pyongyang.

The two Koreas remain technically at war after Korean War hostilities ended with an armistice in 1953 that was never replaced by a peace treaty.