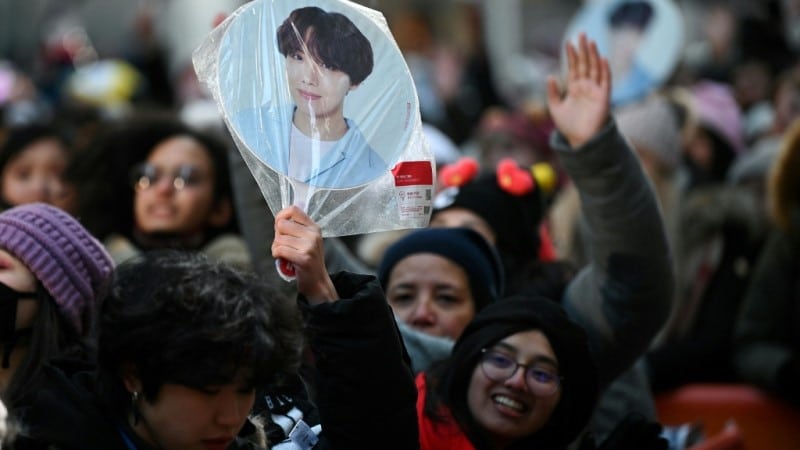 Prior to the event in Tulsa, Oklahoma — hyped as a major relaunch ahead of the November election — Trump’s campaign chairman tweeted that more than a million tickets had been requested.

But according to the local fire department, just 6,200 people attended.

Viral posts on TikTok and Twitter revealed that plans to reserve tickets en masse had been circulating for days, racking up hundreds of thousands of views. 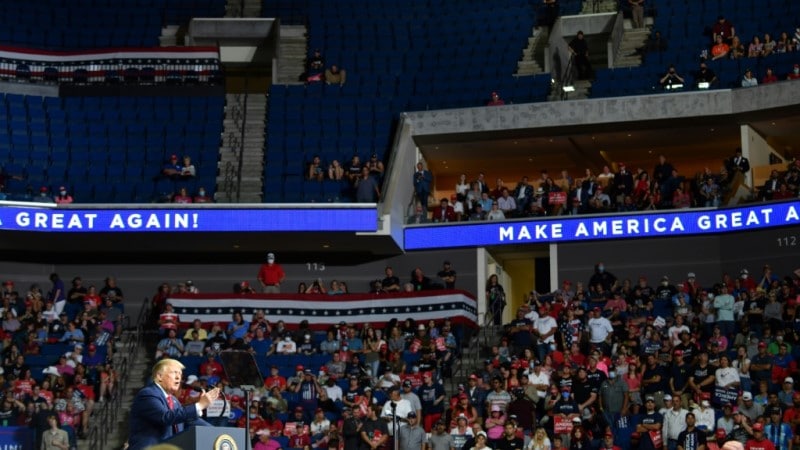 One video urged fans of the South Korean “K-pop” sensation BTS — one of the world’s most popular bands, with more than 21 million Twitter followers — to participate in the plot.

“Oh no, I signed up for a Trump rally, and I can’t go,” said one woman who coughed sarcastically in a separate TikTok video.

But Alexandria Ocasio-Cortez, the 30-year-old leftist congresswoman from New York, clapped back: “You just got ROCKED by teens on TikTok.”

“KPop allies, we see and appreciate your contributions in the fight for justice too,” she added. 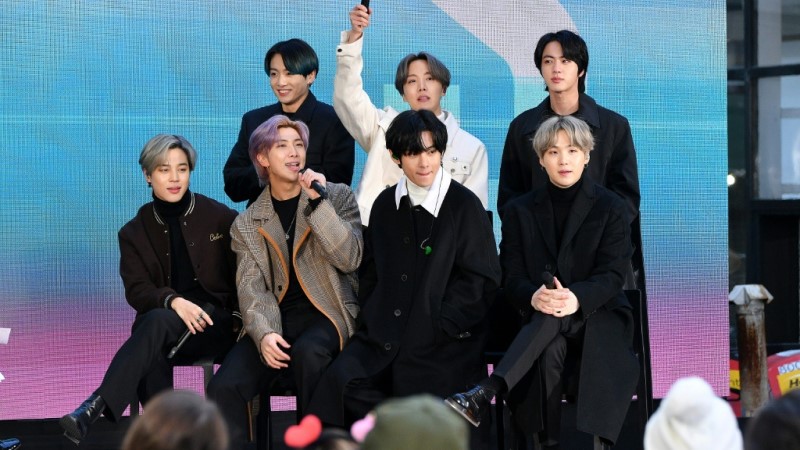 After BTS, shown here, dropped $1 million behind the Black Lives Matter movement, a fan collective charity — known as One in An ARMY — raised another million to match

Though ascertaining the viral campaign’s concrete impact on the rally’s attendance is near impossible, the action spotlighted K-pop’s tradition as a politically engaged fandom.

Just in the past month, fans of the globally dominant pop genre — which was born approximately 25 years ago in South Korea — co-opted the hashtag #WhiteLivesMatter by flooding it with K-pop-related imagery to drown out racist tweets.

“K-pop has a culture of being responsible,” said CedarBough Saeji, an academic expert of the genre based out of Indiana University.

“K-pop fans in general are outward-looking, socially conscious people and K-pop in the United States is very heavily supported by people of color, by people who identify as being LGBTQ,” she told AFP.

Though adorers would often send gifts to their favorite performers, many stars ask support be sent to charities instead.

After BTS dropped $1 million behind the Black Lives Matter movement, a fan collective charity — known as One in An ARMY — raised another million to match.

“BTS songs have played a role in motivating us to be confident with ourselves, to be kind to others, and to be there for one another,” said Dawnica Nadora, a 27-year-old volunteer for the charity’s US arm.

In 2018, the powerhouse boy band addressed the United Nations, urging young people to engage their own convictions.

Saeji pointed to a “messaging of positivity” behind the current activism from fans.

“K-pop attracts people who like this kind of music but also who want to make the world a better place.” 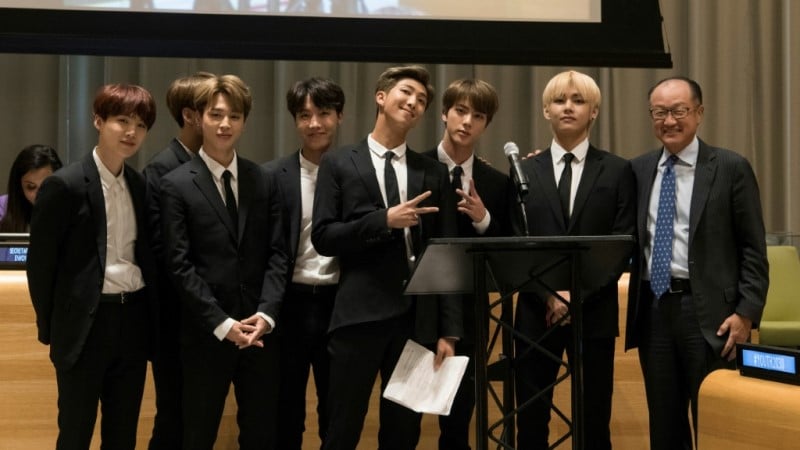 In this photo released by the United Nations, K-Pop band BTS poses for a photo with World Bank President Jim Yong Kim (R) after delivering an address empowering youth to listen to their own convictions in 2018

“Fans are online all the time… K-pop organizers are primarily on Twitter,” said Saeji, who said fans’ understanding of internet algorithms makes them a powerful group when it comes to online organizing.

According to the social media platform, #KpopTwitter posted a record 6.1 billion tweets in 2019.

“We are very lucky that ARMYs support one another, despite often being thousands of miles away from each other,” volunteer and BTS fan Nadora told AFP, using the nickname for fans of the group.

“Most of us have never met each other in person, but what makes us work as a unit is that we respect each other, and help each other to improve.”

And though some political analysts cast the viral effort to rain on Trump’s parade as just a prank, a number of commentators including Saeji said it amounts to much more.

“They corrupted all of this data that the Trump campaign was trying to collect,” she said. “They basically showed the campaign, you’re not going to be able to trust any of your numbers in the future.”

“That is a powerful flex.”

Saeji also said the action gave youth online evidence of their own agency to provoke change.

“If they believe they can make a difference, they’re also going to believe that voting is worthwhile.”