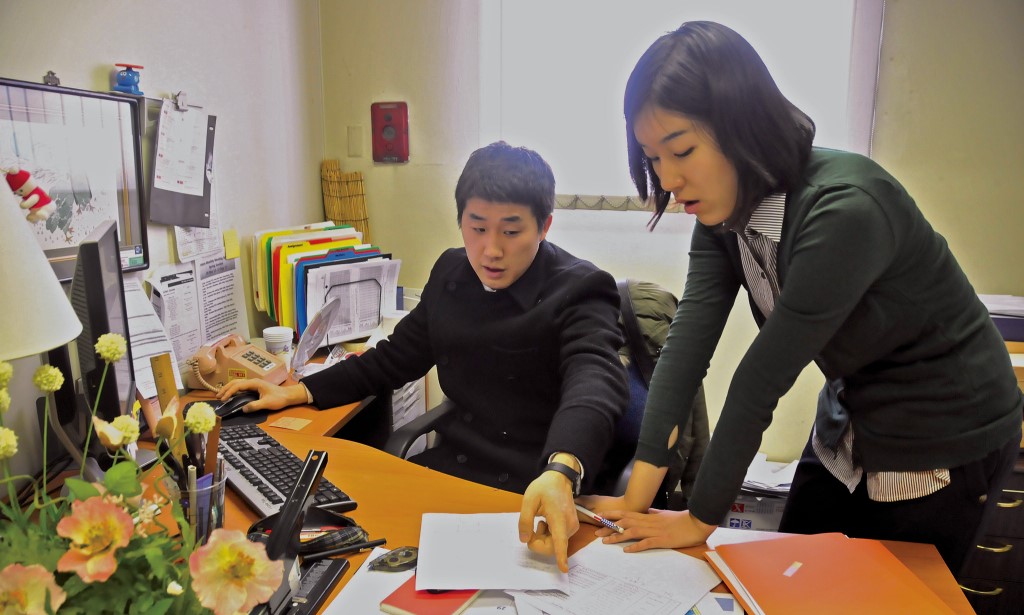 South Korea has recently passed anti-bullying laws specifically for its workplaces, with penalties that could land abusive bosses in jail. This is landmark legislation as this is the first time that South Korea has passed a law that will make employers liable for behaviors that are contrary to the wellbeing of employees.

70% of Employees Are Bullied

Workers in South Korea will now be able to report instances of bullying, such as being forced to join company activities, or even gossiping. South Korea is one of the worst places for employees when it comes to safety in the workplace, with 70% of employees reportedly affected by various forms of bullying.

Under the new law, employers are prohibited from taking any negative actions against employees who report workplace bullying. Employers who are found guilty can face prison or be fined up 30 million won, or $25,470. Victims of bullying can also apply for compensation if the workplace bullying has caused them to develop medical conditions.

According to the National Human Rights Commission of Korea, employees in the country are regularly bullied by colleagues and superiors. Unfortunately, 60% of victims have been reported to have taken no action despite the aggression, and a significant portion of this group, 12%, face bullying on a daily basis.

The government is now taking the initial steps to calibrate South Korean businesses and educate them about the types of behaviors and activities that count as workplace bullying. Situations like gossiping, forcing people to join activities, spreading personal or private information, and forcing someone to drink or smoke can now be reported as workplace bullying.

For a country that prides itself as progressive, it is unfortunate that South Korea continues to struggle with “gapjil” or the abusive behavior practiced by superiors, managers, and all other people who have authority in the workplace. The most recent “nut rage” incident that involved a Korean Air executive is a classic example of rich and powerful people forgetting that despite their social standing in society, the people who serve them have as many rights as they have, and deserve better treatment.

Cho Hyun-ah, the daughter of the chairman of Korean Air, flew into a rage after being served peanuts still in their commercial packaging instead of on a plate. Such behavior is unacceptable coming from any passenger, so why would Cho Hyun-ah feel that she is entitled to engage in such behavior?

Last February, a criminal indictment was also passed down on Lee Myung-hee, who was the matriarch of the same dynasty. She had been litigated due to allegations of physical and verbal abuse against staff. Abuses included forcing staff to kneel before her, striking people on the forehead with a mop handle, and even drenching them in cold water.

The core of the problem is the fact that South Korea’s economy is actually dominated by family-owned businesses known as chaebols. The Korean business system has a powerful impact on national life, including the legal frameworks that could protect workers from further harm. It is a well-known fact in South Korea that reporting workplace bullying can be extremely difficult because of the lack of legal remedies that can bring perpetrators of bullying to justice.

The Health Hazards of Workplace Bullying

According to lawyer Shin Hana, who works for a victims abuse hotline called Gapjil 119, many of the calls that he fields on a daily basis report issues akin to serious conditions like PTSD, spontaneous panic attacks, insomnia, and even people developing phobias – all because of workplace bullying.

According Hana, prior to the passing of the new anti-bullying law, there were absolutely no restrictions that applied to harassment or aggression in the workplace. Existing labor laws in South Korea simply mandated that workplaces had to be physically safe to work in. The conditions of what actually constituted a modern and “safe working environment” were problematic, with legal definitions unable to take into account the reality of “gapjil.” “Employers hold the attitude of saying, ‘I paid you, so I own you.’ They believe that they can buy the person,” Shin said.