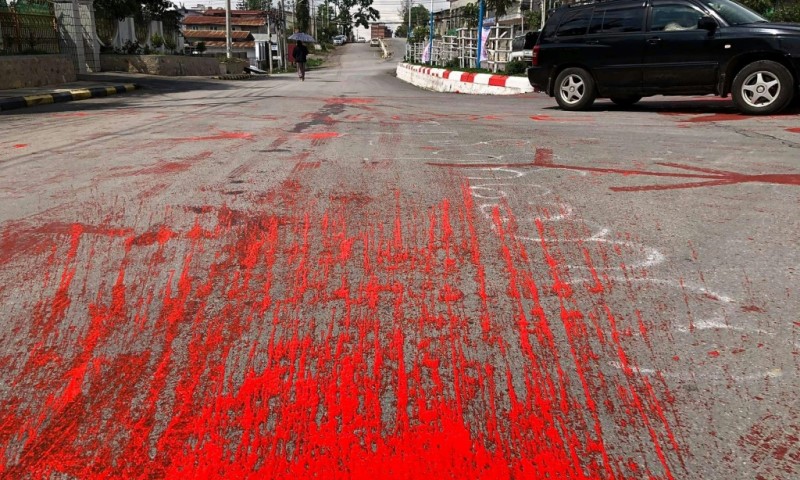 Myanmar activists daubed roadways with red paint Tuesday to protest against the junta’s bloody crackdown on protests, as an online fundraising drive to support the movement neared the $10 million mark.

The country has been in turmoil since the military ousted civilian leader Aung San Suu Kyi on February 1, rocked by daily clashes between protestors and authorities that have left at least 570 people dead.

Ten of Myanmar’s ethnic rebel armies voiced support for the protest movement at the weekend, stoking fears that the country could slide into broader civil conflict, while the United Nations has warned of a looming “bloodbath”.

On Tuesday, in the commercial capital Yangon, people smeared red paint and handprints on bus stops and pavements in protest at the military’s violence. 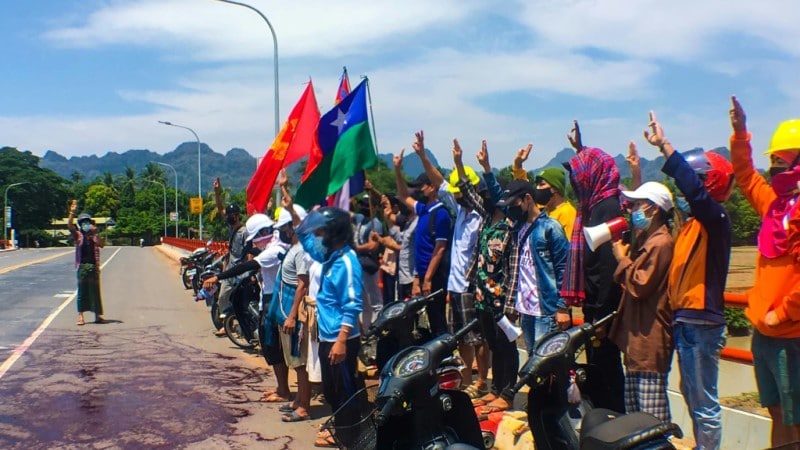 In Karen state, activists poured red paint on the road and made the three-fingered salute, a symbol of the protests

The so-called “bleeding dye strike” is the latest creative method thought up by protestors to voice opposition without risking being shot or arrested by demonstrating in person.

One slogan painted on a bus stop said the military was being misused to protect junta chief Min Aung Hlaing, and urged soldiers not to shoot civilians.

In the city of Hpa-an in eastern Karen state, youths sprayed red paint on the road, giving the three-fingered salute borrowed from the “Hunger Games” books and films that has become symbolic of the movement.

Tuesday also saw rallies in the second biggest city Mandalay, as well as in Karen, and Kachin state in the north.

In one part of Yangon, locals organized a food sharing drive to help poor families struggling to make ends meet, encouraging people who could afford it to donate spare ingredients.

Meanwhile an online fundraising push by a group of ousted MPs from Suu Kyi’s National League for Democracy (NLD) is nearing $10 million.

The Committee for Representing Pyidaungsu Hluttaw (CRPH) — the Burmese word for parliament — says the money will be used to “uproot the military dictatorship” and restore democracy. 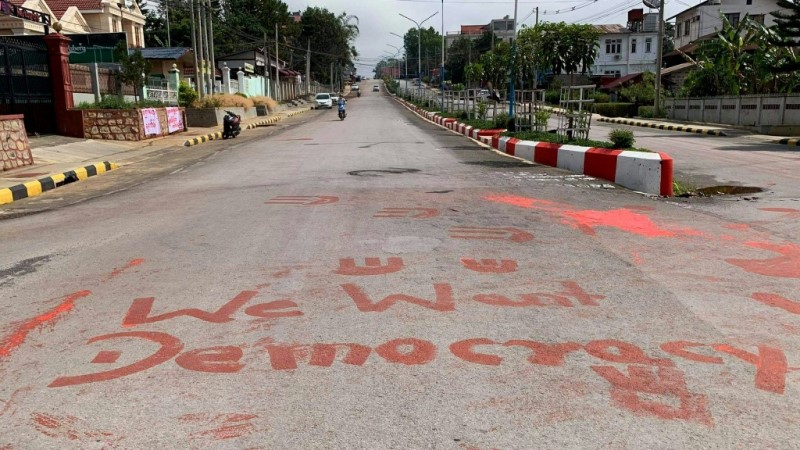 More than 2,700 people have been arrested since the coup, according to local monitoring group Assistance Association for Political Prisoners, which says at least 570 people have been confirmed killed, including 47 children.

The authorities have issued arrest warrants for 100 celebrities including singers, models and social media influencers — most of whom are in hiding — accusing them of spreading information that could cause mutiny in the armed forces. 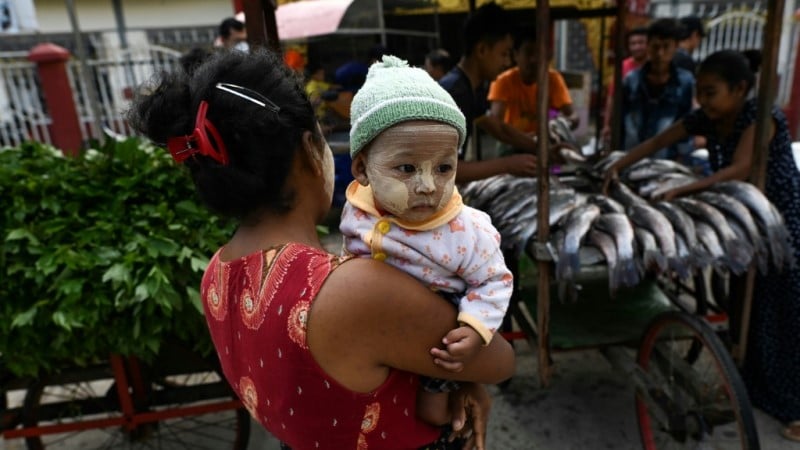 In one part of Yangon, locals organised a “Donate your extras, take what you need” food drive to help those struggling financially

The coup and crackdown have drawn outrage and sanctions from world powers, as well as prompting several international companies to suspend business in Myanmar.

But the pressure has yet to tell on the generals, who have shown little sign of stepping back from their efforts to suppress protests.

And on Tuesday Russia, which has sought to build ties with the junta, joined China in publicly rejecting sanctions against Myanmar. 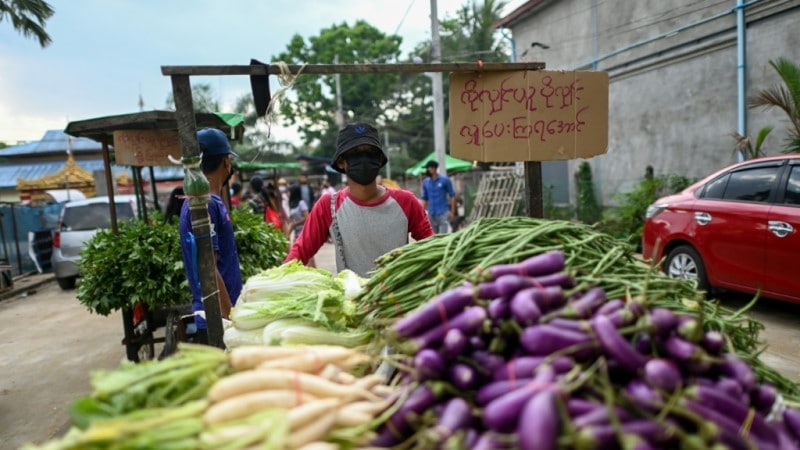 But he said China backed a summit of regional bloc ASEAN to discuss the crisis — mooted by Malaysia and Brunei’s leaders after talks on Monday.

The Myanmar military has defended seizing power, pointing to fraud allegations around last November’s general election, won by the NLD.