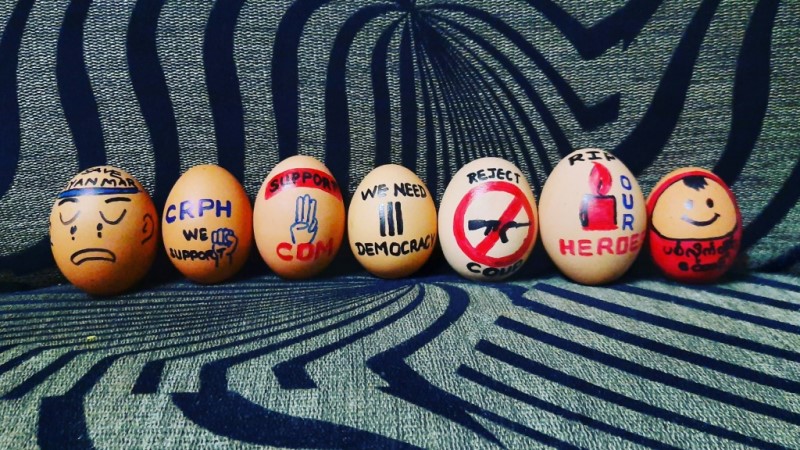 Anti-coup demonstrators in Myanmar decorated boiled eggs on Sunday, as Pope Francis in his Easter message expressed solidarity with the country’s youth.

Myanmar has been gripped by turmoil since a February 1 coup ousted civilian leader Aung San Suu Kyi and derailed the country’s tentative transition to democracy.

Security forces have sought to quell a mass uprising with lethal force and the death toll reached 564 as of late Sunday, according to local monitoring group Assistance Association for Political Prisoners (AAPP).

On Easter, decorated eggs became the latest emblem of resistance as scores of Myanmar protesters painted political messages on them and left them on neighbors’ doorsteps. 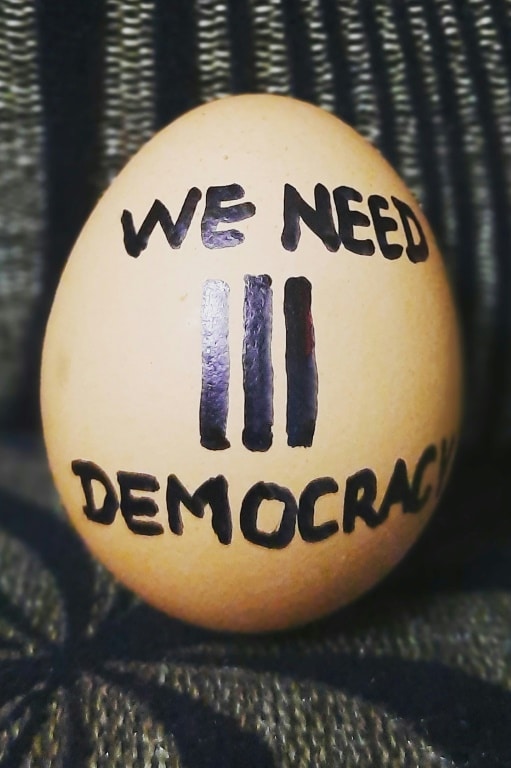 Pictures posted on social media showed eggs adorned with images of Suu Kyi and three-finger salutes — a protest gesture — while others said “save our people” and “democracy”.

“I am Buddhist but I have joined this campaign because it is easy to get a hold of eggs. I spent almost one hour decorating my eggs,” a Yangon-based protester told AFP.

“I am praying for Myanmar’s current situation to get back to democracy.”

Delivering his Easter message at the St. Peter’s Basilica on Sunday, Pope Francis singled out Myanmar youth “committed to supporting democracy and making their voices heard peacefully, in the knowledge that hatred can be dispelled only by love”.

In Pyinmana, a town in Naypyidaw region, security forces opened fire on demonstrators.

“A man who was in the walking crowd got hit and killed. Another one was also shot,” a resident told AFP.

A 30-year-old protester was also killed in the early hours of Sunday morning in northern Kachin state.

“They shot him at the roadside. He was wounded and died later. They took away his dead body this morning at 6 a.m.,” an eyewitness told AFP.

In Pyay, a town in Bago region, people plastered photos of Myanmar children killed since early February on a billboard and on fences. 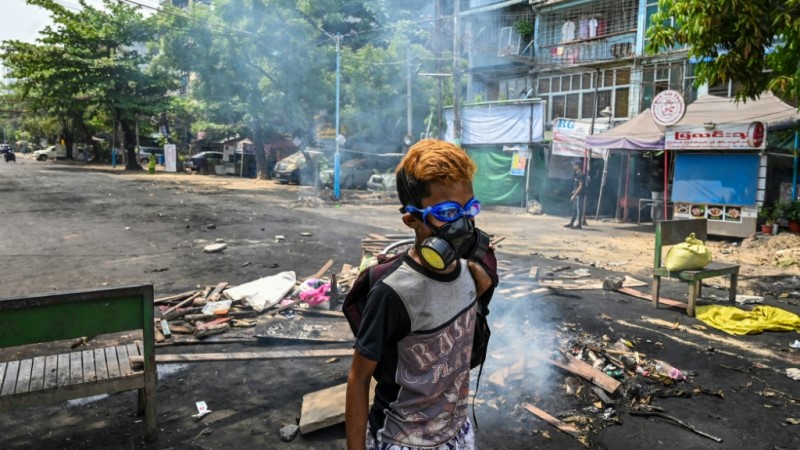 While foreign companies have faced growing calls to sever ties with the junta, French energy giant Total announced Sunday it will not halt gas production in coup-hit Myanmar.

Chief executive Patrick Pouyanne said Total has a duty to stay the course.

“Can a company like Total decide to cut off the electricity supply to millions of people — and in so doing, disrupt the operation of hospitals, businesses?” he told the Journal du Dimanche.

Pouyanne said he was “outraged by the repression” in Myanmar but would refuse to “act to the detriment of our local employees and the Burmese population who are already suffering so much.” 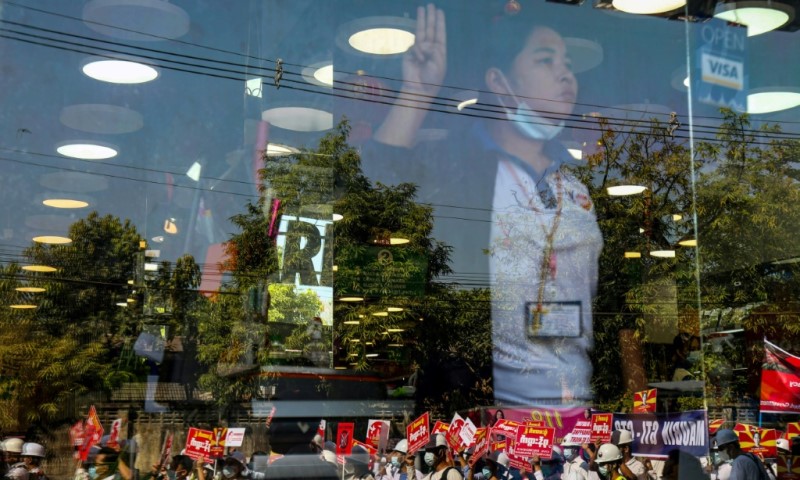 Unrest — including a widespread strike — has crippled Myanmar’s economy

The military-controled Myanmar Oil and Gas Enterprise has partnerships with Total and US rival Chevron and generates annual revenues of around $1 billion from the sale of natural gas.

Total paid about $230 million to the Myanmar authorities in 2019 and $176 million in 2020 in taxes and “production rights”, according to the company’s financial statements.

The company has not yet paid taxes — worth around $4 million per month — to the junta because the banking system has ceased to operate, Pouyanne said.

But he said Total rejected calls to put the taxes into an escrow account, saying it could put local managers at risk of arrest or imprisonment. 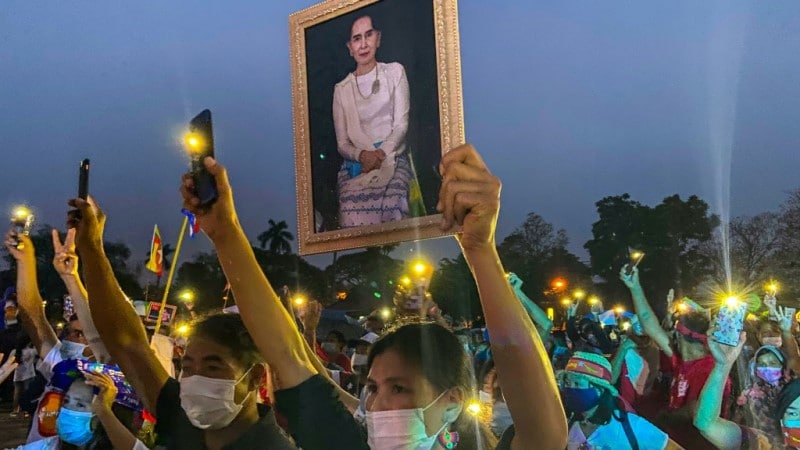 At least 2,658 civilians are in detention across the country, according to AAPP.

This weekend, Myanmar authorities issued arrest warrants for 60 celebrities — most of whom are in hiding.

CNN, which has sent a correspondent to Myanmar on a military-escorted tour, said on Sunday at least five interviewees the team had spoken to were still in custody in Yangon despite assurances from authorities they would be released.

In a statement issued on Sunday, the groups demanded an end to the bloodshed, called for the release of political prisoners and expressed support for the ongoing civil disobedience movement.

About 300 Myanmar citizens, some wearing their ethnic group’s traditional costumes, protested on Sunday in Thailand’s northern city of Chiang Mai against a lack of global intervention.

“We want the international community to take action on the military regime. We need international help before it is too late. Civil war will happen if this continues,” Myo, a 28-year-old student from Mandalay told AFP.