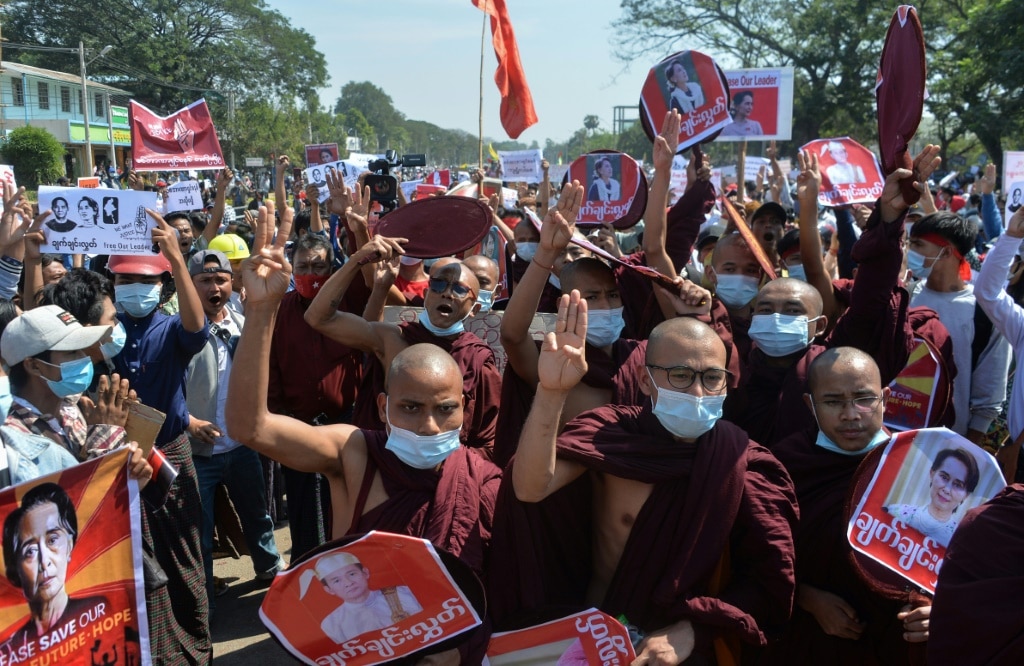 Myanmar cut internet service and deployed troops around the country on Monday in signs of a feared crackdown on anti-coup protests, hours after security forces fired to disperse a demonstration in the country’s north.

The junta has escalated efforts to quell a burgeoning civil disobedience campaign which is demanding a return of the country’s ousted leader Aung San Suu Kyi.

Monday’s internet shutdown and a request from the United Nations for an observer to be allowed in came soon after live-stream images shared on social media platforms showed military vehicles and soldiers moving through some parts of the country. 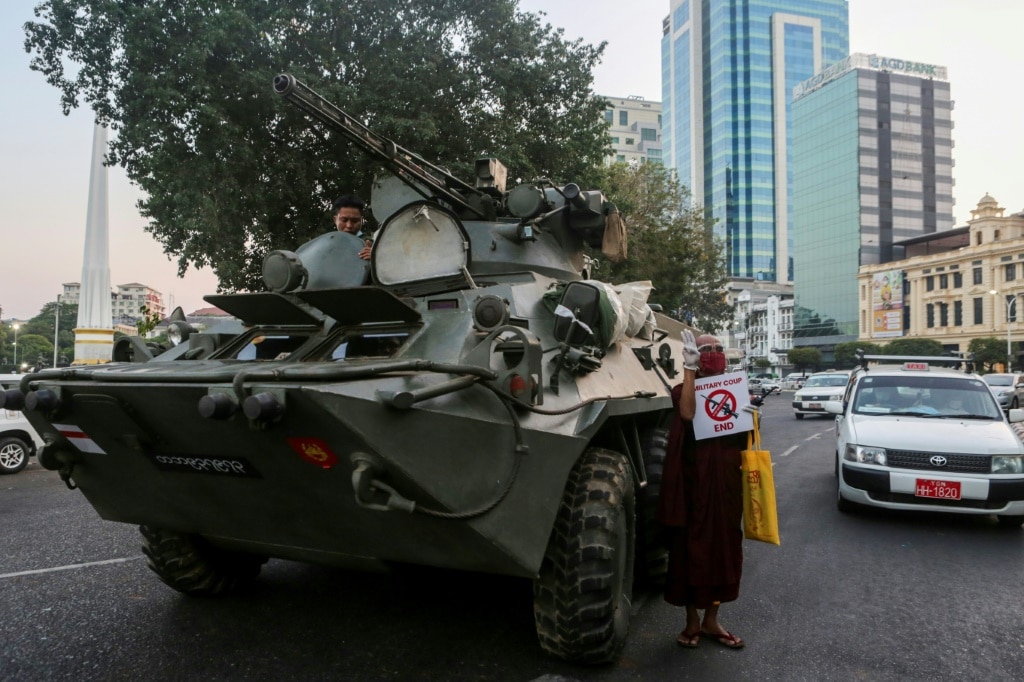 Troops in Myitkyina fired tear gas then shot at a crowd who gathered in the northern city to stop a rumoured shutdown of the electricity grid.

A journalist at the scene said it was unclear whether police had used rubber bullets or live rounds.

Local media outlets said at least five journalists monitoring the protest had been detained and published pictures of some people wounded in the incident.

A joint statement from the US, British and European Union ambassadors urged security forces not to harm civilians.

“We call on security forces to refrain from violence against demonstrators, who are protesting the overthrow of their legitimate government,” they said.

UN Secretary-General Antonio Guterres echoed that call, pushing authorities to “ensure the right of peaceful assembly is fully respected and demonstrators are not subjected to reprisals”. 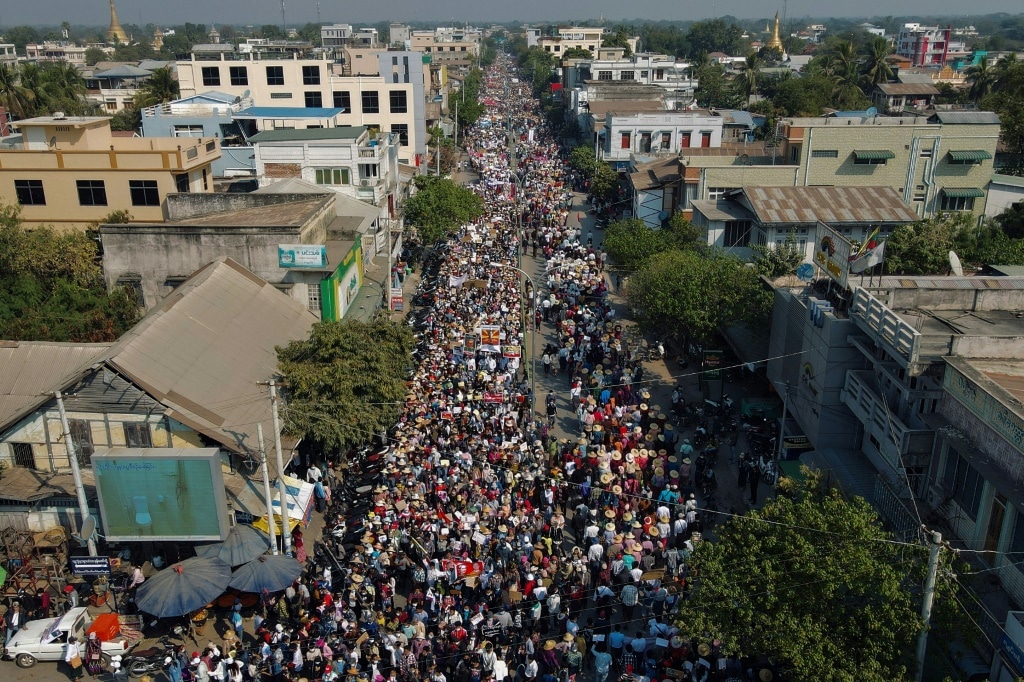 Protesters march against the military coup in Myanmar

The US embassy advised American citizens to shelter in place and not risk defying an overnight curfew imposed by the regime.

UN special rapporteur Tom Andrews said the junta efforts to rein in the country’s burgeoning protest movement was a sign of “desperation” and amounted to a declaration of war against its own people.

“Attention generals: You WILL be held accountable,” he wrote on Twitter.

Much of the country has been in uproar since soldiers detained Aung San Suu Kyi and her top political allies on February 1, ending a decade-old fledgling democracy after generations of junta rule.

The Nobel laureate spent years under house arrest during an earlier dictatorship and has not been seen in public since she was detained.

Striking workers who spearheaded the campaign are among at least 400 people to have been detained since the coup, the Assistance Association for Political Prisoners monitoring group said.

But fear of arrest did not deter big crowds from returning to streets around the country for a ninth straight day of street protests on Sunday.

Parts of the country had in recent days formed neighbourhood watch brigades to monitor their communities and prevent the arrests of residents joining the civil disobedience movement.

“We don’t trust anyone at this time, especially those with uniforms,” said Myo Ko Ko, a member of a street patrol in Yangon.

Near the city’s central train station, residents rolled tree trunks onto a road to block police vehicles and escorted away officers who were attempting to return striking railway employees to work.

The country’s new military leadership has so far been unmoved by a torrent of international condemnation.

An emergency session of the UN Human Rights Council on Friday called for the new regime to release all “arbitrarily detained” people and for the military to hand power back to Suu Kyi’s administration.

The junta insists it took power lawfully and has instructed journalists in the country not to refer to itself as a government that took power in a coup.