China to Set Up ‘Security Agency’ in Hong Kong 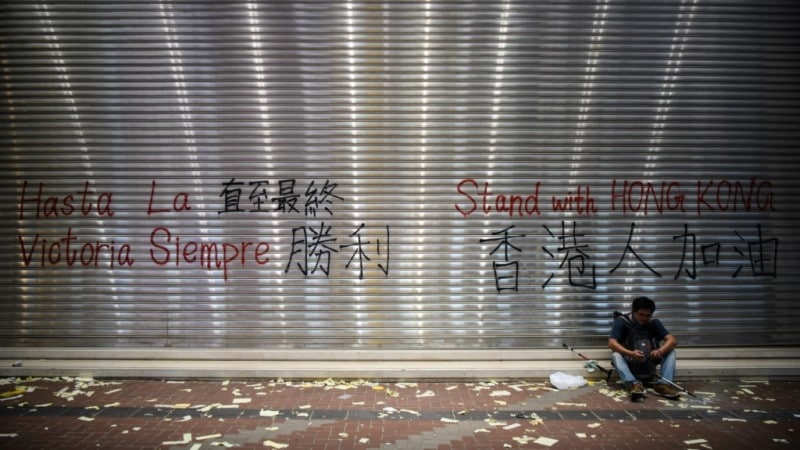 The security agency will ‘supervise, guide, coordinate, and support’ a new law aimed at cracking down on dissent in Hong Kong, state media said

China will set up a “national security agency” in Hong Kong to oversee a forthcoming new law aimed at cracking down on dissent in the city, state media said on Saturday.

The new law also would override any existing Hong Kong laws that may conflict with it once it is implemented, Xinhua news agency said in a report detailing the draft legislation.

The report followed the conclusion of a meeting in Beijing of China’s top law-making committee that reviewed draft provisions aimed at snuffing out the pro-democracy movement that has rocked the semi-autonomous city.

The fast-tracking of the bill — which is bypassing Hong Kong’s legislature — raised international concern that it will end the financial hub’s limited freedoms and usher in a new era of Communist-style repression.

Xinhua gave no details on its make-up but opponents of Beijing’s control have repeatedly voiced fears that the final wording of the law will allow mainland security organs to openly establish a presence in Hong Kong.

The future security agency would be established by China’s central government and would “supervise, guide, coordinate, and support” the maintenance of national security in the territory, Xinhua said.

If Hong Kong laws clash with the provisions of the upcoming legislation, the power of interpretation lies with the Standing Committee of China’s rubber-stamp national legislature, Xinhua added.

The city’s leader Carrie Lam said Saturday the government agreed with the proposal to establish “specialized departments in the police force and the department of justice” to safeguard national security.

In a written statement she said the territory’s government “expressed gratitude” over Beijing’s handling of the situation.

But Alvin Yeung, a Hong Kong pro-democracy lawmaker, said the details on what will constitute a crime are “highly vague, which is of course, extremely worrying.”

“More importantly, it is almost like Beijing’s hand is getting right in the center of the administrative and judicial reins of Hong Kong.”

Leung also expressed alarm at Xinhua’s mention of a separate security “council” to be headed by the territory’s chief executive whose duties would include choosing judges to handle security cases.

“What worries me more is if any judges, in the future, when they try the cases and in (rule) favor of the defendant, would those judges be removed? That could be possible,” he said.

The Group of Seven foreign ministers on Wednesday urged China to reconsider the proposed law, saying they had “grave concerns” it threatens Hong Kong’s rights and freedoms.

In response, senior Chinese foreign policy official Yang Jiechi said at a high-level meeting with US Secretary of State Mike Pompeo in Hawaii that Beijing’s “determination” to introduce the law was “unwavering”.

Under a “One Country, Two Systems” agreement before Britain handed the territory back to China, Beijing agreed to let Hong Kong maintain certain liberties and autonomy until 2047 — including legislative and judicial independence and freedom of speech.

Hong Kong has been convulsed by a year of huge and often violent rallies that began with an eventually aborted criminal extradition bill but morphed into a popular call for democracy and police accountability.

Beijing says the national security law is needed to end the political unrest and restore stability.

Xinhua said the Standing Committee would “soon finalize” the legislation.