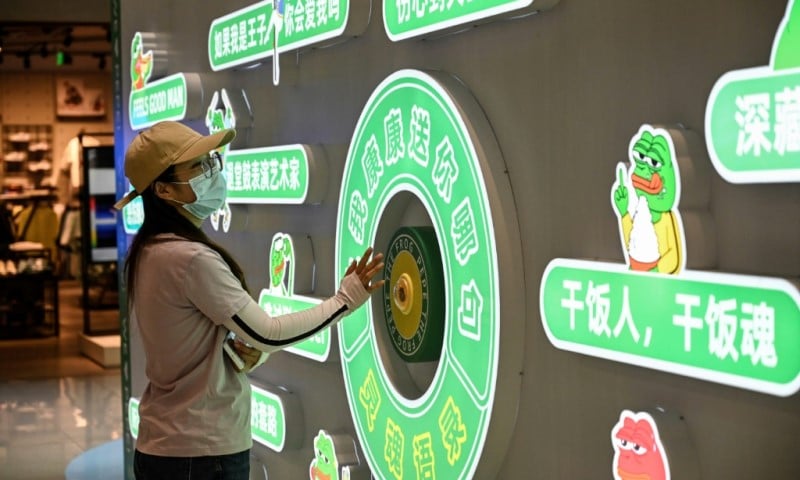 Some argue against the ‘lie flat’ concept, saying people can still achieve social mobility through competition

Ground down by the sapping realities of modern city life, China’s youth are “lying flat”, the latest buzzword for those tapping out of a culture of endless work with little reward.

With growing inequality and rising costs of living nudging traditional markers of success out of reach, some young people are choosing to do the bare minimum at work, dialing back the go-getting aspirations their parents once harbored.

“Tang ping” — or “lying flat” — has emerged as the latest internet-crafted principle to navigate the pains of finding a job among thousands of applicants, plodding through long days and then paying exorbitant rents in China’s oversubscribed cities.

After a four-month trawl for work Wang, 24, said “lying flat” chimed with him when he realized his college classmate had been given a leg-up into his family business. 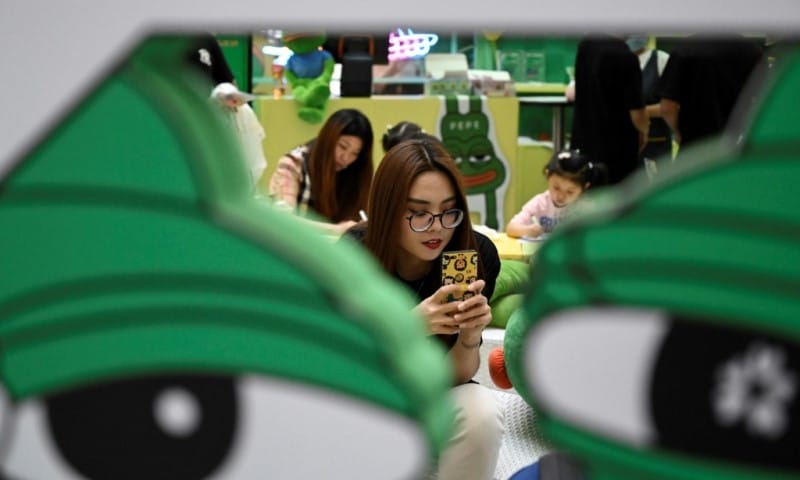 “Sending resumes was like fishing for a needle in the ocean,” Wang, a lab technician, said giving only one name.

“You’re beaten up by society and just want a more relaxed life… ‘lying flat’ is not waiting to die. I still work, but just don’t overstretch.”

Percolating through social media and harvested from all areas of culture, China’s youth finds near-weekly expression in new terms, memes and anti-heroes.

‘Lying flat’ appears to have emerged from a now-deleted post on Chinese forum Tieba after an anonymous poster wrote “lying flat is my wise men’s movement”.

A debate on the meaning has attracted hundreds of millions of hits on Weibo, while the term has provoked admonishments from academics and state media.

For 24-year-old human resources worker Lin, “lying flat” has caught the mood as “young people can’t become ‘winners in life’ who buy cars, apartments, get married and have children”.

“So they choose to lower their goals and reduce their desires,” she added, giving only a surname.

Others praise the concept of reclaiming more attainable goals while stopping to smell the roses. 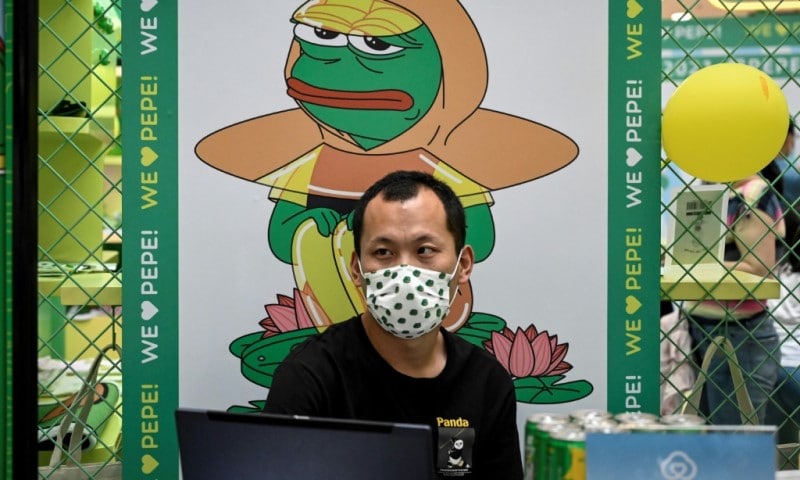 An early Sang icon was Pepe the Frog, called “sad frog” in China, whose memes conveyed their disillusionment

Last year’s buzzword for the burgeoning ranks of dispossessed was “involution” — a tag describing a student at Tsinghua University who was videoed riding a bicycle while using his laptop.

It is now part of the daily vernacular covering the treadmill of modern life, especially in hyper-competitive cities.

The average recruitment salary for fresh graduates is around $1,000 a month, yet rent in Beijing can easily exceed half that amount.

The mood of disenchantment is covered by an umbrella term — “Sang culture” — which began as a self-deprecating subculture for post-90s youth expressing a sense of defeatism.

It is has entered the mainstream with millenials increasingly aware of a “glass ceiling obstructing their upward mobility”, according to K Cohen Tan, an academic at the University of Nottingham Ningbo China. 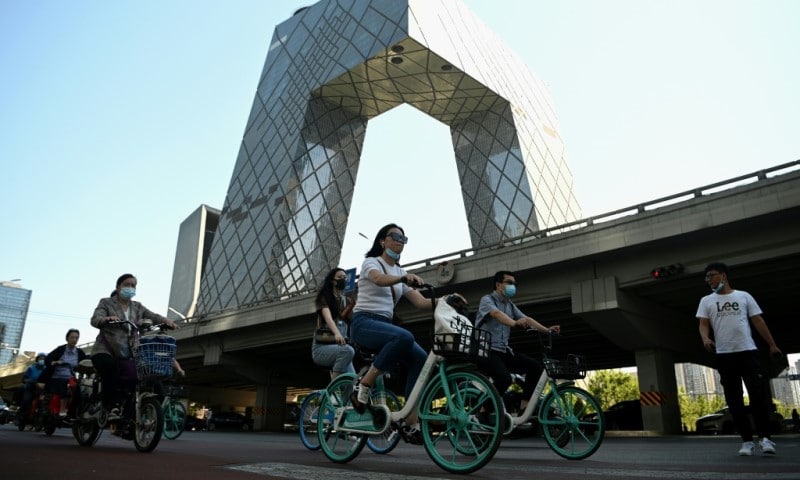 The average recruitment salary for fresh graduates is around $1,000 a month, yet rent in Beijing can easily exceed half that amount

An early Sang icon was Pepe the Frog, called “sad frog” in China, whose memes conveyed their disillusionment — unlike its adoption as an alt-right symbol in the US.

By April, a new Sang culture anti-hero emerged from a boyband reality show.

Russian Vladislav Ivanov, 27, joined the show by accident and made it to the finals despite pleading with fans to vote him off.

Unable to leave without breaching his contract, he performed limply in contrast to the fame-getting format, telling fans: “Don’t love me, you’ll get no results.”

But his on-screen persona captured the widespread feeling of wage-slavedom — and brought fame and endorsements.

Tan believes the malaise sweeping across the urban youth ultimately ties back to an age-old search for value in life.

“The difference lies in whether one feels they are grist to the corporate mill by creating value for others,” he said. 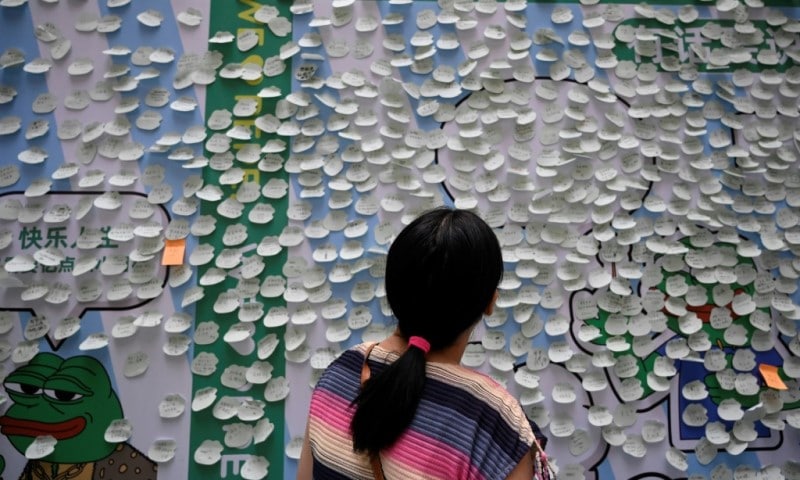 Roll Up Your Sleeves

‘Lying flat’ seemingly runs counter to the dynamic society cajoled in the rhetoric of President Xi Jinping, whose mantra for society is to “roll up your sleeves and work hard”.

The connotations of defeatism or docility also clash with generational values in a country whose elders have experienced extremes of poverty, hunger and violence and have often clawed their way up the social ladder.

The ‘lying flat’ concept is “an extremely irresponsible attitude that not only disappoints one’s parents but also hundreds and millions of taxpayers,” said Tsinghua University professor Li Fengliang. 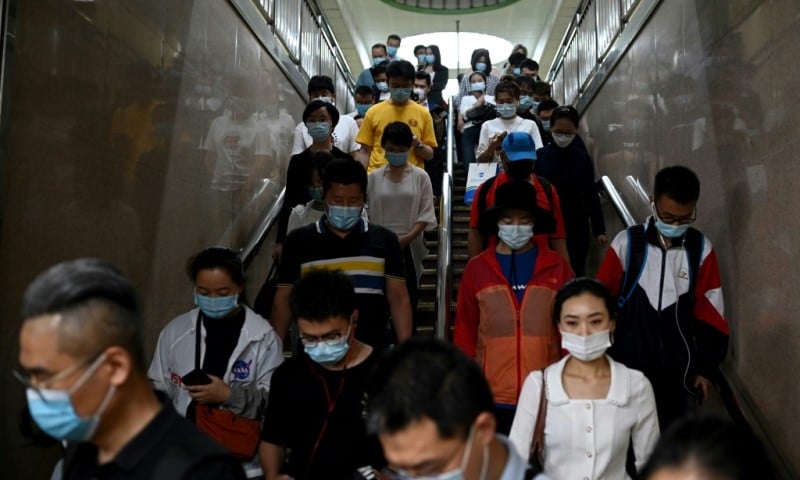 He argued that people can still achieve social mobility through competition.