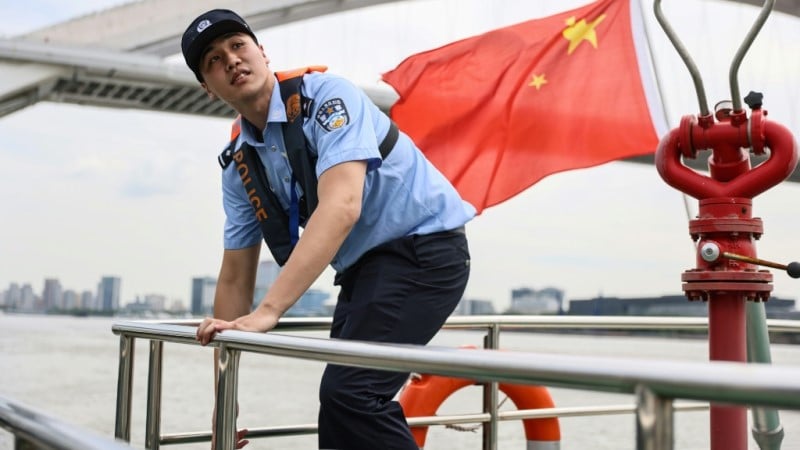 But now he is doing national duty of a very different kind — as a policeman saving lives on Shanghai’s Huangpu River.

Jiang has the broad shoulders that hint at his former life in the pool but since 2018 he has swapped his swimming trunks for a blue uniform.

Now 28, he patrols on a police boat and one of his main tasks is rescuing people when they fall into the river that swirls past Shanghai’s futuristic financial district and the historic Bund waterfront.

Jiang won a relay bronze medal at the 2012 Olympics

He also keeps watch for any illegal activity, such as flouting rules on fishing.

To participate in the Olympics and win a medal “is the highest honor”, Jiang told AFP.

“But being a police officer is a new challenge for me and I can also use some of the swimming skills I used before to help more people.”

“When I was young, I really wanted to be a policeman,” added Jiang, whose intimidating physical presence is tempered by a warm smile and gentle personality.

“So after I retired (from swimming in 2015), I had this opportunity and was admitted to the police force, completing my childhood dream.”

Jiang has lost count of the number of people he has fished out of the river, but on average about 30 people fall in each year. Usually they are drunk or trying to take photos.

Jumping in to save people is a last resort and it is more effective to approach in a boat and fish them out.

Recalling an incident from earlier this year, when he and his colleagues dragged a man from the river and revived him with a defibrillator, he said: “We saved him from the edge of death.

“This touched me deeply.” 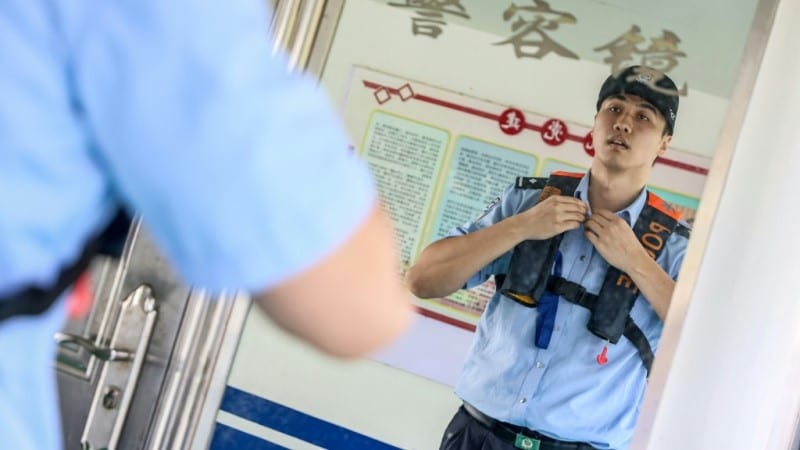 Jiang swapped his swimming trunks for a police uniform in 2018

Most of Jiang’s life has been spent around water.

The Shanghai native defied illness as a small child — he was in and out of hospital with bronchitis and pneumonia — and was singled out to start swimming at five because he was unusually tall even at that age.

In 2009, while a teenager, he joined China’s powerful swimming squad and was picked for the 4x200m freestyle relay at the London 2012 Games.

Jiang swam the third leg in the final, before handing over to national icon Sun, as China won a surprise bronze behind a Michael Phelps-inspired United States and France.

It remains China’s only Olympic medal in men’s relay swimming and even though Sun, a three-time Olympic champion, is now banned for eight years for a second doping violation, Jiang said his team-mate was a major reason for their success. 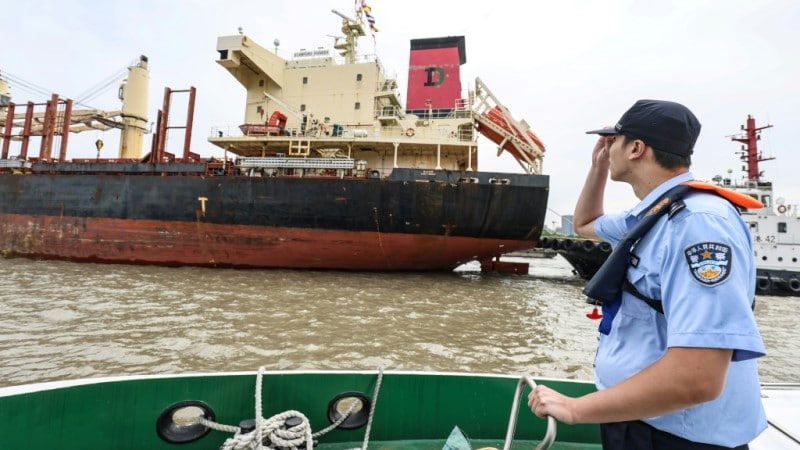 Jiang, who also won double relay gold at the 2010 Asian Games, does not have an adoring crowd and audience of millions watching him any more.

The people he plucks to safety have no idea their savior is an Olympic medalist.

But being a policeman brings its own satisfaction.

“When I was an athlete the highest dream or the highest stage was the Olympics,” he said.

“But when you withdraw from the stage or end your swimming career, your job is equivalent to another new beginning.

“It means that I am proud to do both.

“We used to pursue speed in the swimming pool and a (good) result was coming first.

“But now I am going to save people… I always put life first.”

by Peter Stebbings / with Lan Lianchao