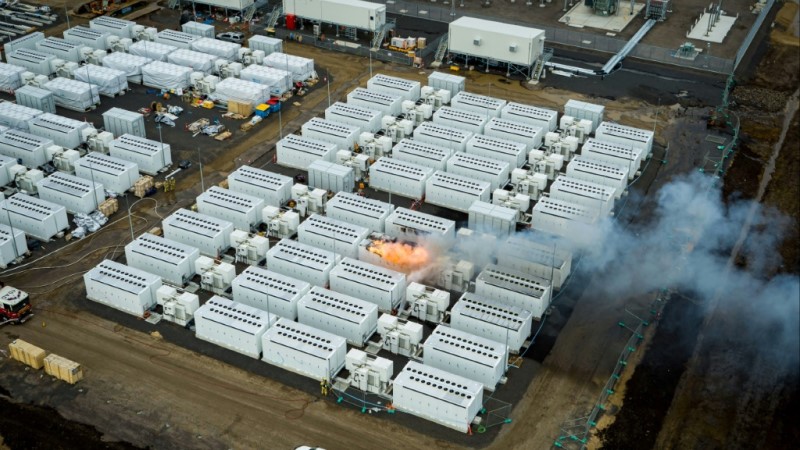 The fire broke out on July 30 in a 13-tonne lithium “Megapack” battery, which is the size of a shipping container, and then spread to a second battery at the site near Geelong, in Victoria state southwest of Australia’s second city Melbourne.

It took firefighters three days to bring under control. No injuries were reported.

“The most likely root cause of the incident was a leak within the Megapack cooling system that caused a short circuit that led to a fire in an electronic component,” said a technical probe by the safety regulator Energy Safe Victoria.

The fire spread within the first battery and then to the adjacent battery, it said in the review, which relied on a Tesla investigation, an examination of the scene, video footage and data from the incident.

The battery site — one of the largest globally — is designed to store energy produced by renewables and send power to the grid.

The state regulator said it had told Tesla that it had “no objection” to work resuming on commissioning the Victoria Big Battery project, built by French renewable energy firm Neoen using Tesla batteries.

Following the technical review, Energy Safe Victoria said it would now determine if there were any safety breaches and, if so, decide on any enforcement action.

The safety regulator said Tesla must provide the final results of its own investigation into why the fire spread to the second battery.

It said both Tesla and Neoen had cooperated in the probe.

The probe found that the first battery to catch fire was in service for 13 hours before being switched to an “offline” mode, which turned off its monitoring system and prevented alarms from being sounded.

It recommended a series of changes to prevent a new fire including checking each battery’s cooling system for leaks and improving the alarm and surveillance systems.

Designers were working to “fully mitigate” the risk of fire spreading from one battery to another, it said.