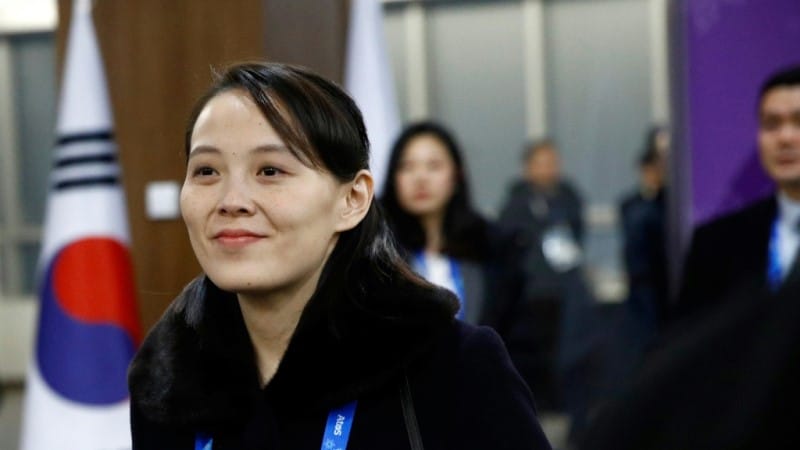 She has long been among Kim Jong Un’s closest lieutenants and one of the most influential women in the isolated regime, and on Thursday it was made official when state media announced she had been named to the State Affairs Commission (SAC), the country’s top government body.

It is a major step up from her relatively junior position as a vice department director in the ruling party, and is likely to heighten speculation that she could be a long-shot candidate to succeed her brother — whose health is a regular topic of rumor — in the event of his demise.

Such a transition would give the socially conservative North its first female leader, but analysts caution it would defy convention. 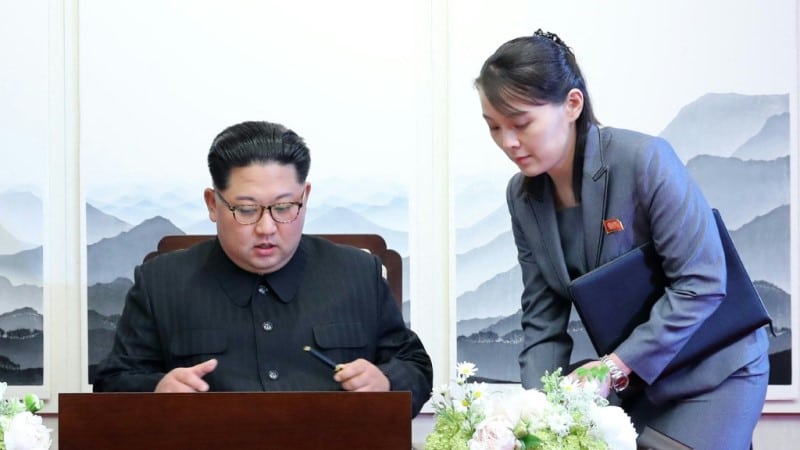 Born in 1988, according to Seoul’s Ministry of Unification, Yo Jong is one of three children born to Kim’s predecessor Kim Jong Il and his third known partner, former dancer Ko Yong Hui.

She was educated in Switzerland alongside her brother and rose rapidly up the ranks once he inherited power after their father’s death in 2011.

Her existence was barely known to the wider world until his funeral, when she was seen on state television standing right behind Kim Jong Un, looking tearful and ashen-faced.

In contrast an inscrutable smile played on her lips when she rode down an escalator at Incheon airport as her brother’s envoy to the 2018 Winter Olympics, becoming the first member of the North’s ruling dynasty to set foot in the South since the Korean War.

Every detail of her visit was closely watched, from the clothes she wore to the bag she was carrying and even her handwriting.

In keeping with the secrecy shrouding North Korea’s leaders, it is not known whether she is married.

More recently she has often been seen at her brother’s side, including at his summits with the South’s leader Moon Jae-in and then US president Donald Trump: on their 60-hour train journey to Hanoi for a meeting which then collapsed, she was seen bringing Kim an ashtray when he stepped off for a cigarette break.

She has also regularly issued statements in her own name making vitriolic denunciations of Washington or Seoul, particularly ahead of the North blowing up a liaison office on its side of the border last year that the South had built and paid for.

There was “no doubt” that Kim Jong Un has an exceptionally close relationship with his sister, said Yang Moo-jin of the University of North Korean Studies in Seoul.

“Jong Un and Yo Jong spent much of their lonely childhood overseas together — I think this is when they developed something that is similar to comradeship, on top of sibling love,” he told AFP.

Leadership has always been a family affair in the North and other than her brother, Kim Yo Jong is now the highest-ranked member of the “Paektu bloodline” — a Northern term for the siblings’ grandfather Kim Il Sung and his descendants, who have led the nuclear-armed country since its foundation.

When Kim Jong Un disappeared from public view for several weeks last year it triggered feverish speculation over his health and who might succeed him.

Analysts say Kim Yo Jong’s portrayals in state media could be intended to bolster her credibility with the North Korean military and other hawks.

But when the official Rodong Sinmun newspaper carried portraits of the eight new SAC appointees on Thursday, she stood out among them both as the only woman and for her youth.

Given North Korea’s social and political structures, said Park Won-gon, a professor of North Korean studies at Ewha Womans University, it would be “very difficult” for Kim to designate his sister as his successor, “even though she is a member of the Paektu bloodline”.