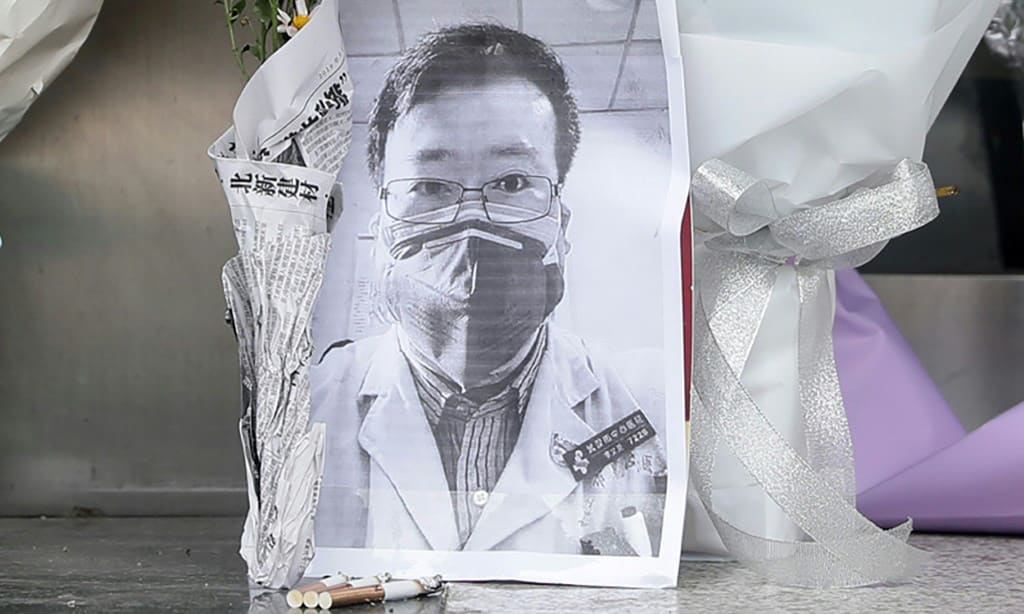 The death of a whistleblowing doctor whose early warnings about China’s new coronavirus outbreak were suppressed by the police has unleashed a wave of anger at the government’s handling of the crisis — and bold demands for more freedom.

Ophthalmologist Li Wenliang was among a group of people who sounded the alarm about the virus in late December, only to be reprimanded and censored by the authorities in central Hubei province.

After Li’s death was confirmed early Friday, the 34-year-old was lionized as a hero on social media, while officials were vilified for letting the epidemic spiral into a national health crisis instead of listening to the doctor.

“Chinese people are only allowed one kind of freedom, and that is the freedom given by the country and the Communist Party,” commented one Weibo user.

“But clearly it is us who should be the masters of this country’s laws.”

Local authorities in Hubei and its capital Wuhan, the city at the epicenter of the crisis, had already faced rare, uncensored criticism online in recent weeks for initially downplaying the magnitude of the outbreak.

While the World Health Organization and some experts have heaped praise on China, saying it took decisive steps to try to contain the virus, critics say precious time was lost by the early inaction of the local government. 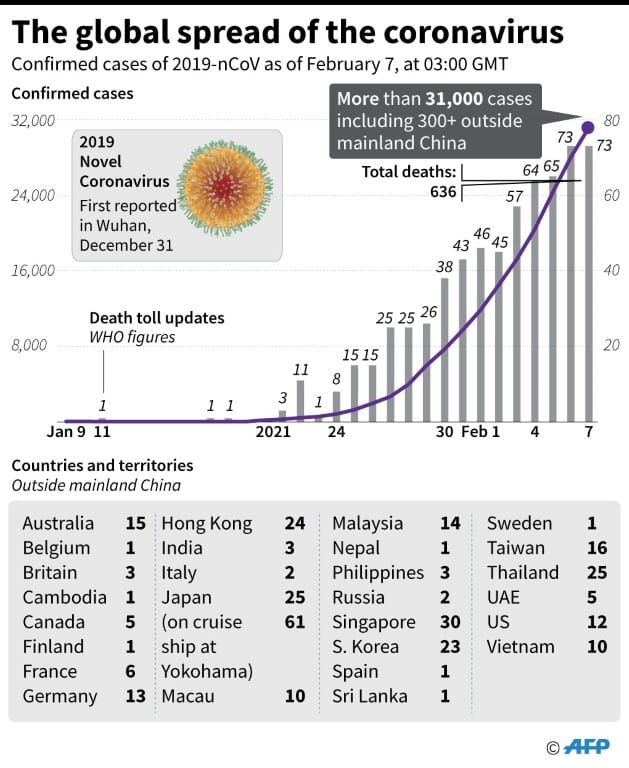 Hubei and Wuhan officials held key political meetings in the first weeks of January. The death toll and number of cases only began to soar afterwards, going from one fatality on January 11 to more than 630 barely four weeks later.

Li, who was diagnosed with the virus on February 1, said in a Weibo post in late January that local police had forced him to sign a statement agreeing not to commit any more “law-breaking actions”.

He said police had summoned him after he had seen test results from some patients suggesting SARS in December, and decided to remind his colleagues in a group chat to take stronger precaution measures.

After the Wuhan Central Hospital confirmed on Weibo early Friday that Li had joined the growing number of victims, mourners left hundreds of thousands of eulogies.

“Everything in the world can be suppressed except grief,” a blogger said on the Chinese website Baidu.

The public sadness appears to have caught the Chinese government’s usually tightly-controlled propaganda apparatus on the back foot.

State broadcaster CCTV and the Global Times tabloid had reported his death on Weibo late Thursday but they deleted their reports soon after the news became the top search item on the platform with 12 million hits.

Dali Yang, a political science professor at the University of Chicago, said authorities likely ordered the delay to show there was an effort to save the doctor “because there was such an outpouring of emotion and they wanted to give a sense of hope”.

“Clearly, there was an effort nationally to channel these very strong emotions from across the country,” Yang told AFP.

But the government also did not want to “let it get out of hand” and instead move the grief in the direction that the leadership wants it to go, he said.

The party wants to show that only under its leadership can the country overcome the crisis, he said.

President Xi Jinping has called the fight against the virus a “people’s war”, while China’s ambassador to the United States, Cui Tiankai, on Friday described Li’s work as part of “our joint efforts fighting against” the virus.

In recent weeks, censors had allowed Weibo users to criticize Hubei officials — a move that placed attention on them instead of the central government.

China’s anti-graft agency said Friday it was sending investigators to Wuhan to look into “issues” related to Li.

After Li’s death, criticism went far beyond the anger directed at local officials, with users questioning the nature of the Communist state itself. 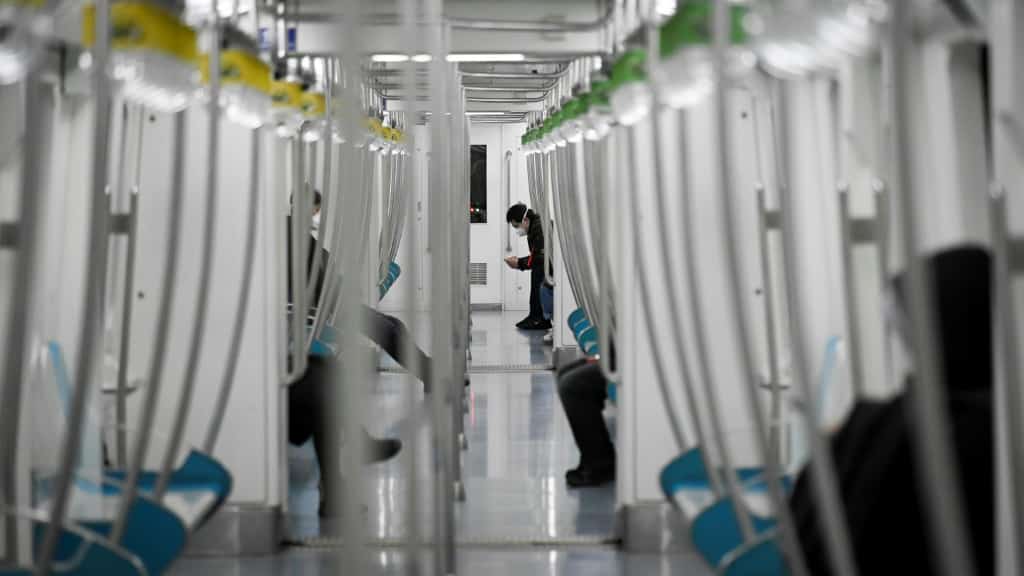 A nearly empty subway carriage in Beijing. China has postponed the return to school, cut bus and train routes, and tightened health screening on travelers nationwide

Some Weibo users used historical references, pointing to Wuhan as the birthplace of the 1911 revolution that ended thousands of years of imperial rule in China.

“The Qing dynasty has been dead for 100 years, how can there still be such bloody tragedies?” wrote one user.

By Friday morning, multiple hashtags related to freedom of speech and Li’s death had been scrubbed from Weibo’s search results.

“If they delete it, post it again. I oppose the criminalization of speech,” wrote a Weibo user in a post that had been reshared thousands of times.

In one of his final Weibo posts, Li wrote from the intensive care unit that he was having trouble moving and breathing.

“Seeing all the support and encouragement from my online friends, my mood has become more relaxed,” Li said.

“Please don’t worry everyone, I will actively cooperate with the treatment, and fight to be discharged soon!” 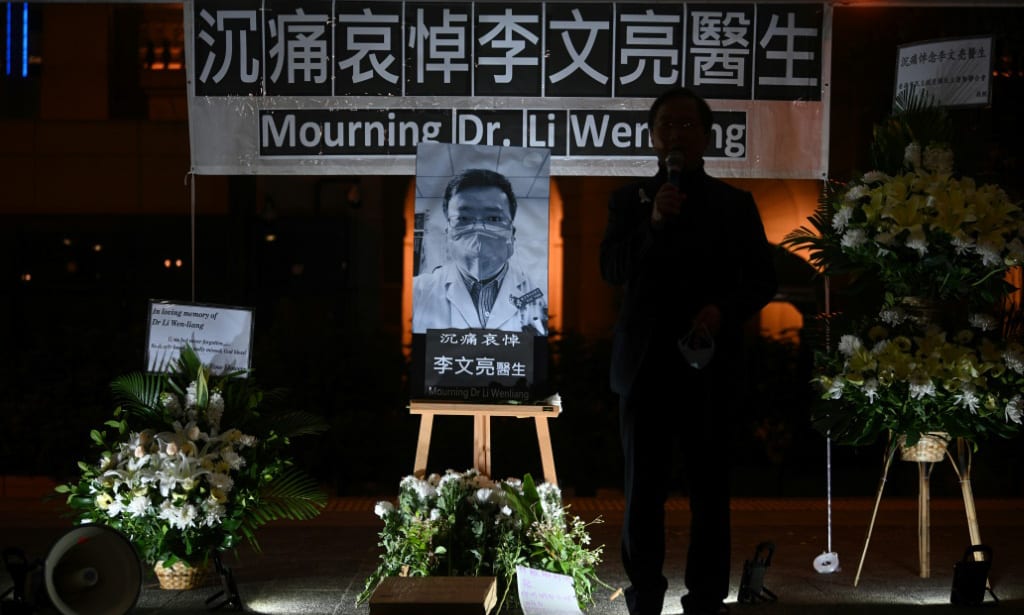 Weibo users have complained that their posts and comments on Dr. Li Wenliang’s death were being scrubbed

From Dead, to Alive, to Dead Again:

Here is how the story unfolded.

Nationalist tabloid Global Times and state broadcaster CCTV first reported on Weibo that Li had died late Thursday — but their posts were deleted after the news became the top topic on the popular platform.

Chinese media outlets then said Li was under “emergency treatment”, before finally announcing his death at about 3:00 am Friday (1900 GMT).

The hashtag “Dr. Li Wenliang dead” was the most searched topic on Weibo late Thursday, with over a billion views and over 1.1 million comments.

But by Friday morning it had dropped out of the top 20 trending topics.

“The ranking seems to be manipulated,” King-wa Fu, who studies Chinese censorship patterns at the University of Hong Kong, told AFP.

The handling of the news “looks similar to that after Liu Xiaobo’s death,” he said, referring to censorship following the 2017 death of the jailed Nobel peace laureate critical of the Chinese Communist Party.

“Some irregularities in handling the news of Li’s death is perceived as politically motivated,” Fu said.

Weibo users complained that their posts and comments on the doctor’s death were being scrubbed on Weibo and messaging app WeChat, sparking anger at what was seen as an attempt by censors to mute public opinion. 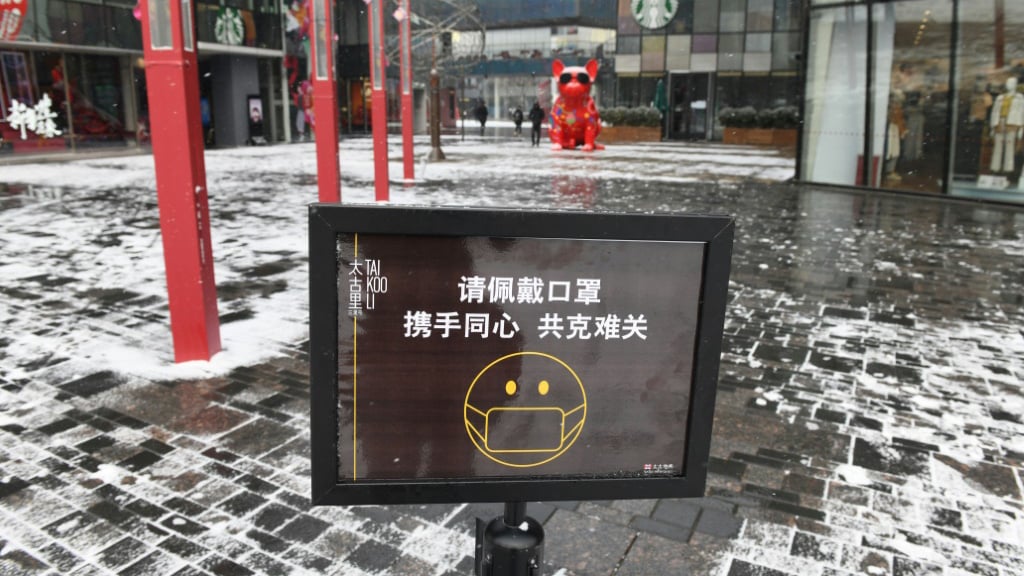 The confusion caused by official media reporting on the doctor’s death reignited anger that authorities did not act quickly enough to inform the public and contain an epidemic that began unfolding in December.

“The police reprimanded whistleblower according to regulations, news anchor just reported according to the manuscript, and social media operators just deleted posts… based on directives from above,” said a post that has been taken down, according to Weiboscope, a University of Hong Kong project tracking censored Weibo comments.

“It’s only when everyone dares to say ‘I refuse to lie’ can there be spring.”

“These so-called unofficial notifications have become a common censorship tool in Chinese media in recent years,” said a reporter for the reputed business magazine Caixin, who declined to be named.

AFP could not independently verify the notice.

In this notice, media workers are ordered to “not use push notifications, not comment on the case, not blow it out of proportion” and officials are told to “strictly contain toxic information.”

Five other journalists at various state media outlets, who declined to be named, told AFP that in recent days they have been asked to focus on “sunshine stories” showing the success of virus relief efforts.

China has scrambled to share data with the international community about the virus, after being accused of attempting to hush-up the SARS outbreak that killed nearly 800 people globally in 2002-2003.

But Thursday’s messy reporting on Li’s death has again raised concerns about official promises of transparency.

“This very confusing reporting and people rushing to WeChat, to Weibo – being glued to their social media screens not knowing what to believe, what source to trust… epitomizes this whole coronavirus outbreak, with people longing for trustworthy sources,” said Manya Koetse, who tracks social trends in China as editor of What’s on Weibo.

“There is so much distrust”.