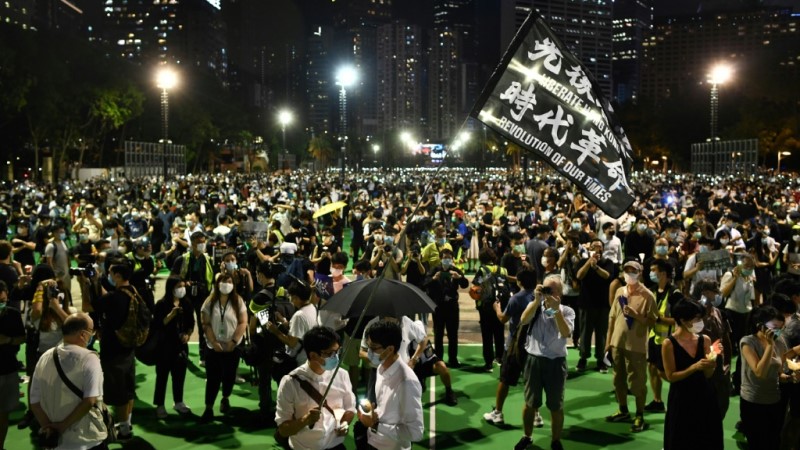 Seven months of massive and often violent rallies kicked off on June 9 last year when huge crowds took to the streets to oppose a bill allowing extraditions to mainland China.

Battles between police and protesters became routine, leaving in tatters the city’s reputation for stability, and a population divided.

Messaging groups used by protesters have called for people to come out in force on Tuesday evening, although locations will only be announced an hour ahead of time.

The tactic is a bid to thwart police, who now move swiftly against such gatherings to enforce anti-virus restrictions.

“I don’t think the passion has subsided much, but the problem is that many actions are now not allowed in the current circumstances,” Leung Kai-chi, an analyst at the Chinese University, told AFP.

Beyond a withdrawal of the extradition bill, the protest movement’s core demands — such as universal suffrage and an inquiry into police tactics — have been rejected by the city’s leadership and Beijing.

Instead, China has unveiled plans to impose a more sweeping law — one that will bypass the city’s legislature entirely — banning subversion, secession, terrorism and foreign interference.

China says an anti-subversion law will only target “a small minority” and will restore business confidence. 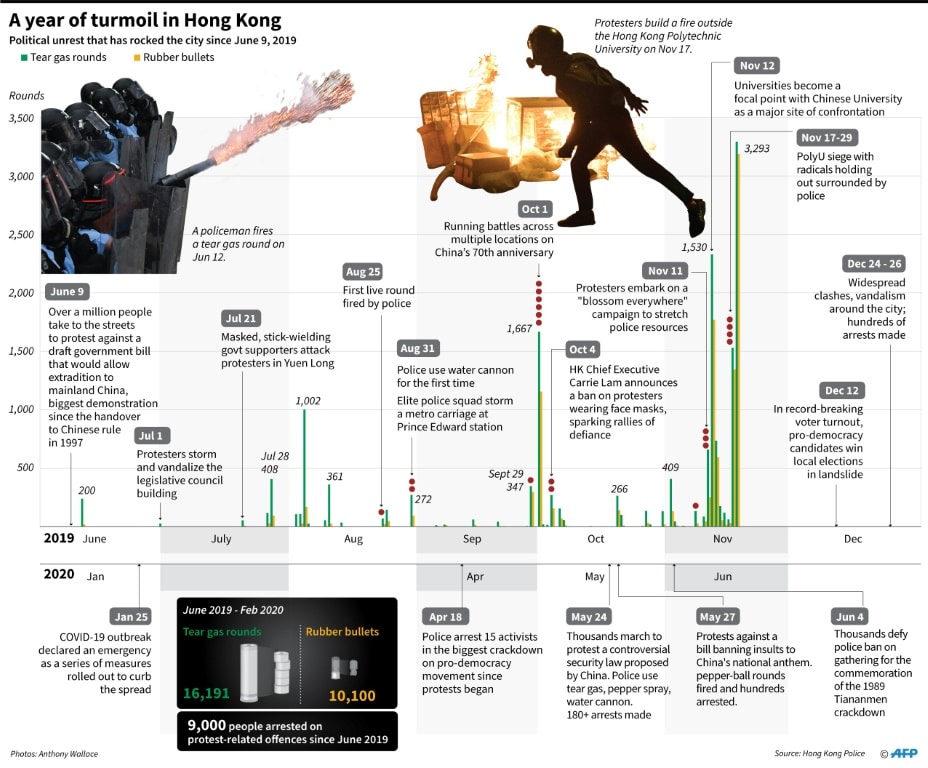 Timeline on political unrest in Hong Kong since June 2019.

In a speech on Monday Zhang Xiaoming, the deputy head of Beijing’s Hong Kong and Macau Affairs Office, likened the law to “anti-virus software”.

“Radical separatists have been mistaking the central government’s restraint and forbearance for weakness and timidity,” he said.

“They have gone too far”.

“No person or organization will succeed in intimidating the (Hong Kong) Government by extreme means,” the city’s pro-Beijing leadership said in a statement on Monday.

Opponents fear the law will bring mainland-style political oppression to a business hub supposedly guaranteed freedoms and autonomy for 50 years after its 1997 handover from Britain.

“First (Beijing) loses the hearts and minds of Hong Kong’s people and then it seeks to force them to be loyal,” said Kong Tsung-gan, an activist who has published three books on the protest movement.

“This is a long-term struggle, the Communist Party is upping the ante, and Hong Kong people will have to be willing to suffer and sacrifice much more than they have up to now to see their way through,” Kong said.

Over the last year around 9,000 people have been arrested and more than 1,700 people charged, but by the time the deadly coronavirus hit the city in January, the protest movement was already on the back foot.

The virus has made any protest effectively illegal, with emergency laws banning gatherings of more than eight people even though local transmissions have been virtually eradicated.

Still, protests have bubbled up again since the security law plans were announced — including tens of thousands defying a ban on a June 4 gathering to mark the anniversary of the Tiananmen crackdown.