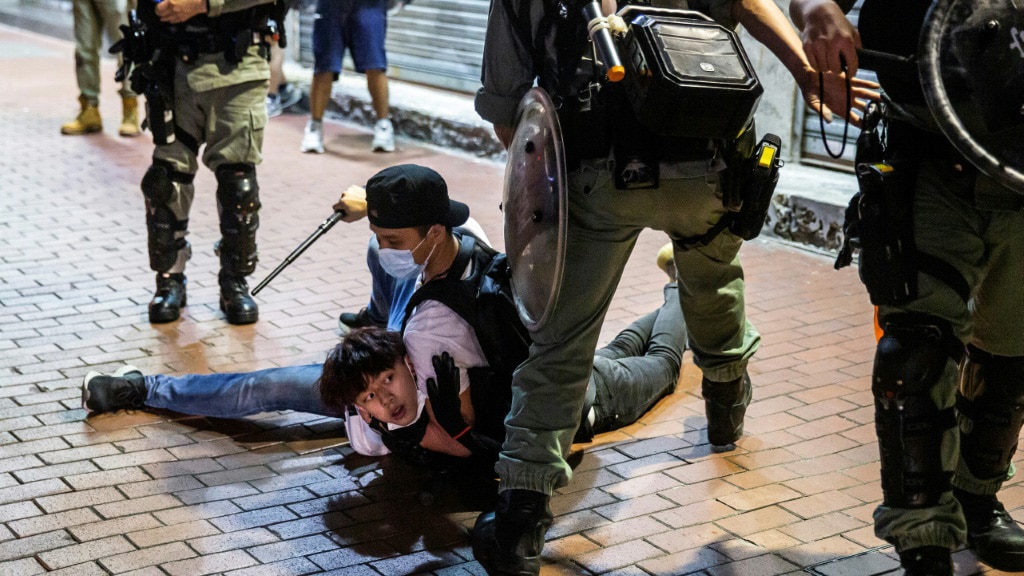 Mass arrests and the coronavirus pandemic ushered in a period of enforced calm.

But with the finance hub successfully tackling its COVID-19 outbreak, small protests have bubbled up once more in the last fortnight.

Small flash mob demonstrations broke out in at least eight malls throughout Sunday afternoon, prompting riot police to rush in and disperse heckling crowds of activists and shoppers.

At least three arrests were made while groups of officers conducted multiple stop and searches. 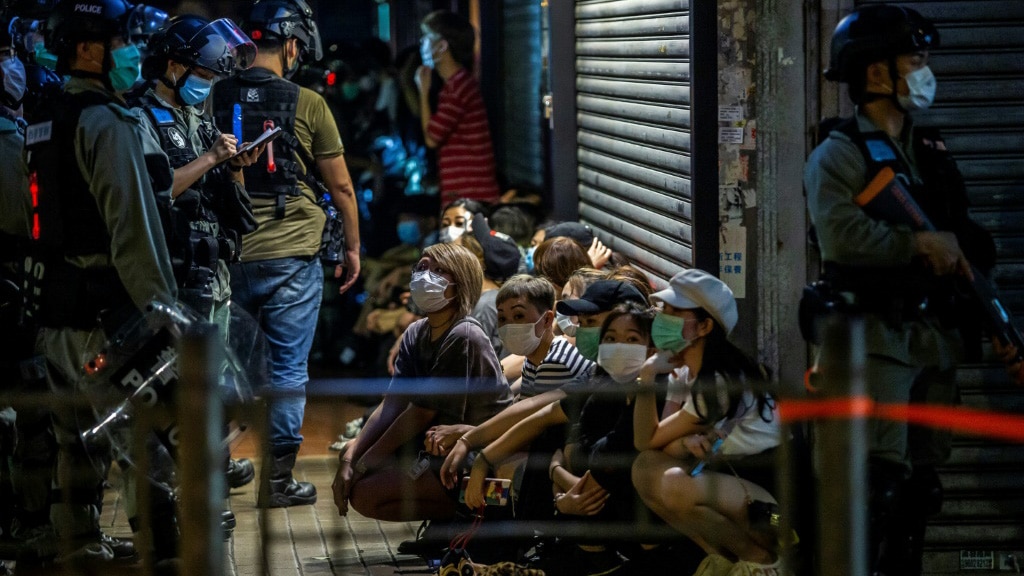 At the start of last year’s protests, Lam likened herself to an exasperated mother — and protesting Hong Kongers to demanding children — in comments that only poured oil on the fire of public anger at the time.

Arrests and prosecutions have continued apace, while Beijing’s offices in the city sparked a constitutional row last month by announcing a greater say in how Hong Kong is run. 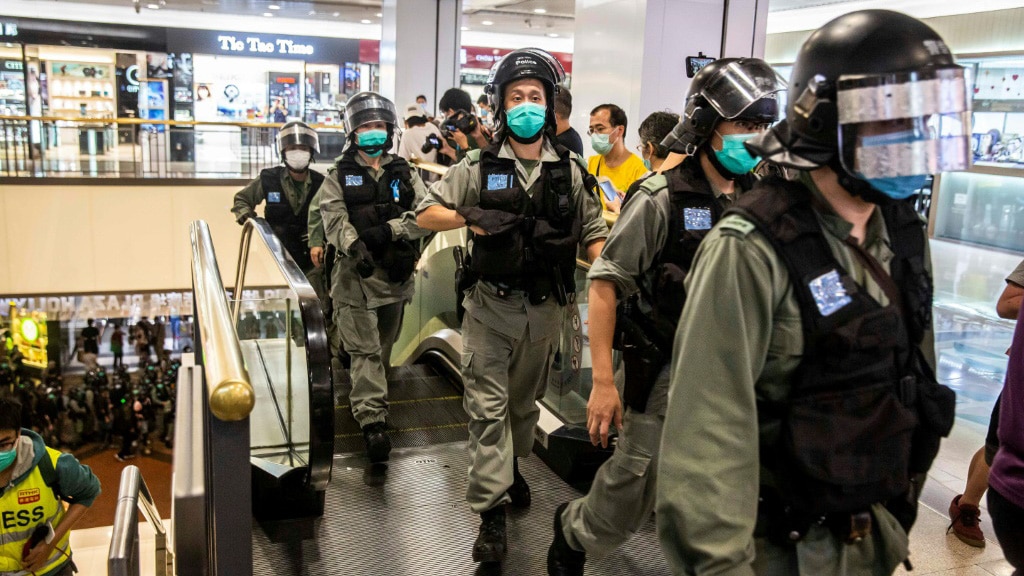 Small flash mob demonstrations broke out in at least eight malls, prompting riot police to rush in and disperse heckling crowds of activists and shoppers

Authorities banned an application for a Mother’s Day march, so small groups of masked protesters instead played cat and mouse with police in different shopping centers, a tactic used frequently last year.

“This is just a warm-up, our protest movement needs to start again,” a university student who gave his name as “B” told AFP.

“It’s a sign that the movement is coming back to life. We all need to wake up now.”

In the evening, clashes spilled onto the streets, with police using batons and pepper spray in the busy commercial neighborhood of Mong Kok and making more arrests, including of a pro-democracy lawmaker. 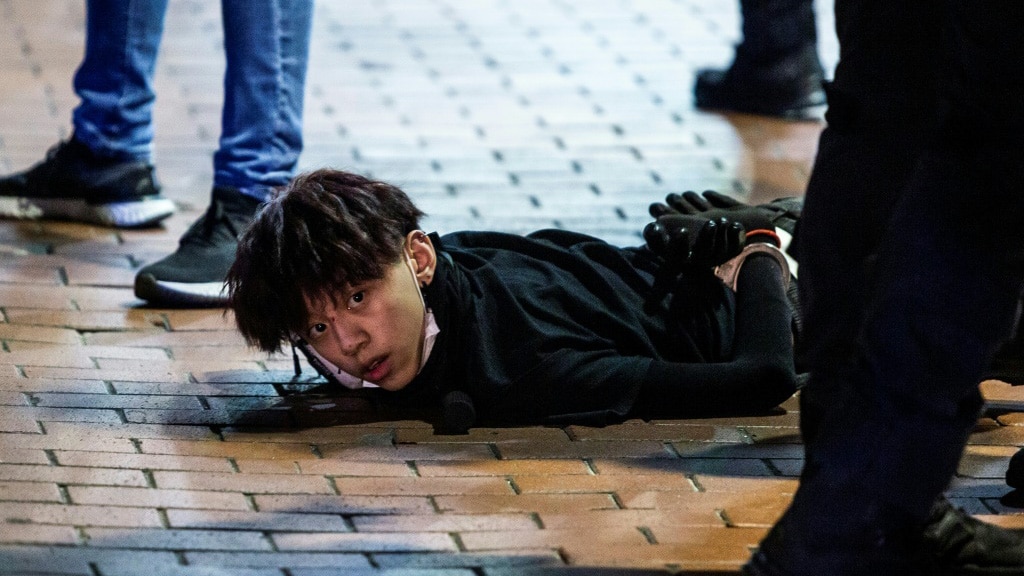 In the evening, clashes spilled into the streets, with police using batons and pepper spray in the busy commercial neighborhood of Mong Kok and making more arrests

Lam, who has been staunchly backed by Beijing, has record-low approval ratings.

She has resisted calls for universal suffrage or an independent inquiry into the police’s handling of the protests.

In the New Year, she vowed to heal the divisions coursing through Hong Kong, but her administration has offered little in the way of reconciliation or a political solution.

Top Beijing officials have suggested opposition lawmakers who blocked the bill with filibustering could be prosecuted and have also called for a new anti-sedition law to be passed. 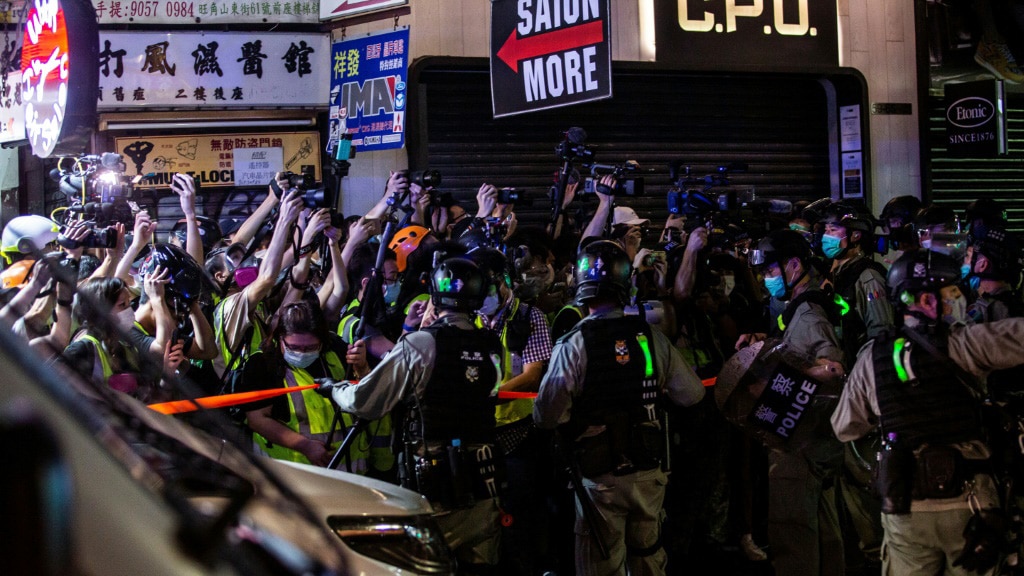 Most of Hong Kong’s entertainment venues were shuttered in early April when the city suffered a second wave of infections — primarily residents returning from Europe and North America as the pandemic spread rapidly there.

But health officials made impressive headway thanks to efficient testing, tracing and treatment programs, with just over 1,000 infections and four deaths.