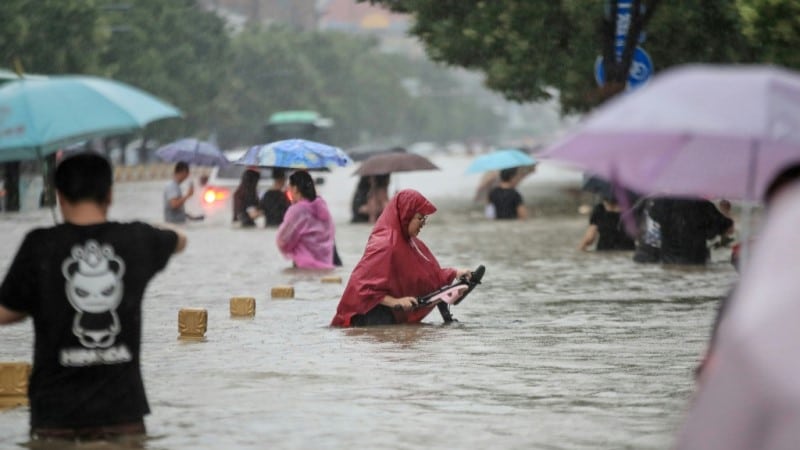 At least twelve died and five others were injured in the subway flood, according to city authorities, as water coursed below ground on Tuesday evening in Zhengzhou in central China’s Henan province.

Social media platform Weibo and local media outlets carried fragments of the horror — video posts seemingly made as a final testimony — of chest-high and rising water inside carriages as lights went out on the city’s ‘Line Five’ during the commuter rush hour.

Videos showed platforms submerged by a fast-flowing muddy deluge, while inside commuters – some bemused, others terrified – stood as the water rose ominously around them, knocking the power out and forcing parents to hold up their children. 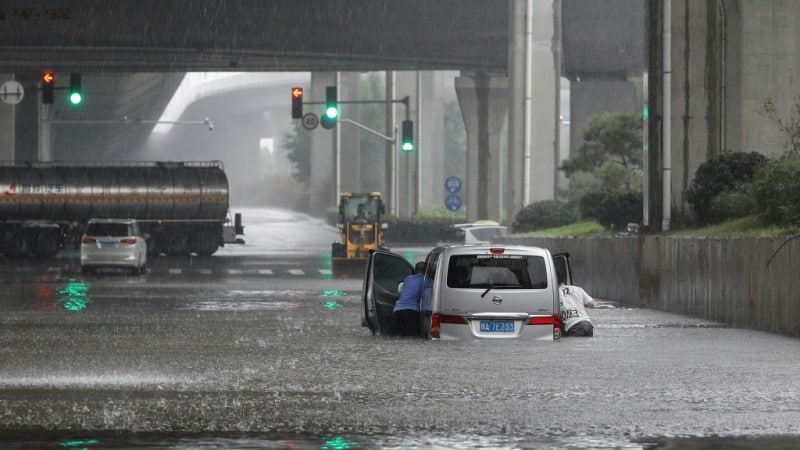 One video showed a woman’s hand with painted nails, gently pushing at the carriage window, a stirring sign of incredulity at the surging water level outside – a moment of dread before the inevitable breach of the carriage doors.

“Water was leaking from the cracks in the door, more and more of it, all of us who could, stood on the subway seats,” another woman said on Weibo.

She was making her way home around 5 p.m. on Tuesday when her train halted between two stations close to the city centre.

Another user on Weibo recounted being forced back into a carriage after failed attempts to evacuate.

“In the half-hour that, followed the water level became higher and higher inside the train, from our ankles to our knees to our necks.”

“The power went out. Half an hour later it got hard to breathe.”

Survivors said parents lifted their children above the torrent as dread gripped the carriages.

Suddenly the glass was smashed by rescuers, who state media said also cut into the stricken carriages from above to pull the passengers out to safety.

A male survivor named Zhang told state broadcaster CCTV: “My shirt, my backpack — everything I could throw away, I threw away. The people around me clutched onto the railings as about a dozen of us were climbing (out of the tunnel).”

Heavy rainstorms that have battered Zhengzhou since Saturday were blamed for the calamity.

Days of record rains poured down on the city of 10 million and its surroundings, but nothing prepared residents for what was about to happen.

Social media blew up with messages from panicked relatives of residents in Zhengzhou desperate to reach home as communications went down.

“Is the second floor in danger? My parents live there, but I can’t get through to them on the phone,” one user wrote.