Jade and Rubies: How Myanmar’s Military Amassed its Fortune 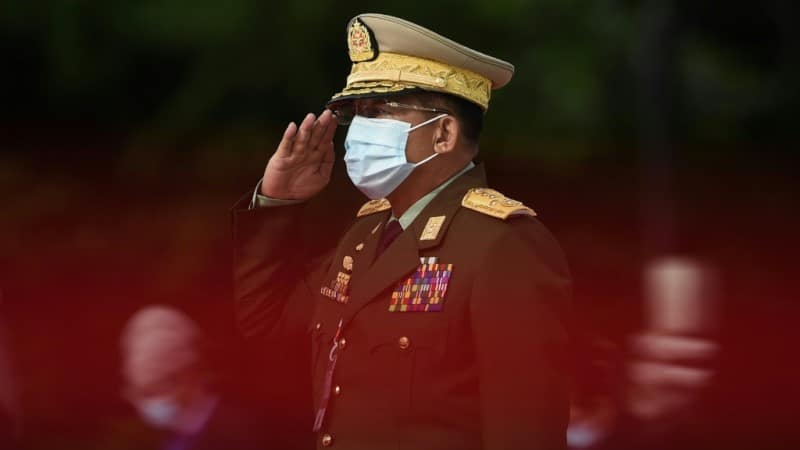 Mines, banks, petroleum, agriculture, tourism: Myanmar’s ruling junta has vested interests in large swathes of the country’s economy, providing it a colossal — and closely guarded — fortune that the United States has targeted with sanctions.

On Thursday, the United States slapped sanctions on the country’s top brass.

President Joe Biden said his administration was cutting off military leaders’ access to $1 billion in funds in the US, while the Treasury Department blocked any US assets and transactions with 10 current or former military officials held responsible for the February 1 coup. 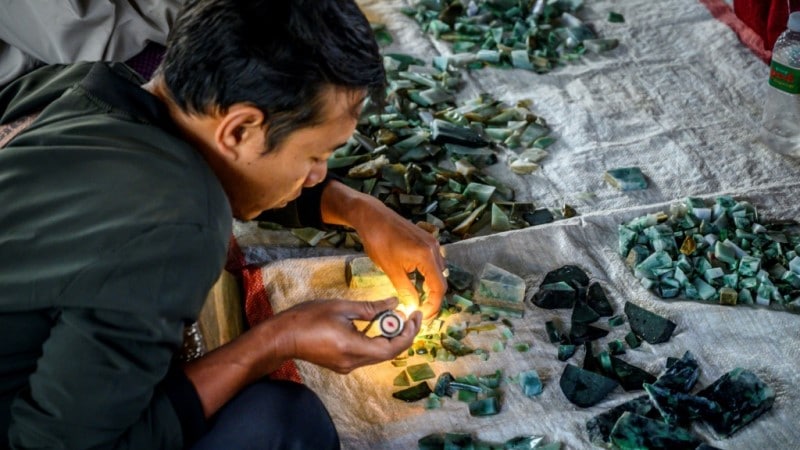 Myanmar is the world’s largest producer of jade, and the trade is estimated to be worth billions of dollars a year

But experts believe the army chiefs still have access to enormous wealth from the sprawling conglomerates behind them.

Through two highly secretive military-controlled behemoths — Myanmar Economic Holdings Limited (MEHL) and the Myanmar Economic Corporation (MEC) — at least 133 companies in the country are wholly or partially overseen by generals, according to a report by Justice For Myanmar (JFM).

The opaque groups have their tentacles in industries as diverse as beer, tobacco, transportation, textiles, tourism and banking.

Much of the lucrative — and largely unregulated — jade and ruby trade is controlled by military-owned businesses.

Although Myanmar is the world’s largest producer of jade, and the trade is estimated to be worth billions of dollars a year, only a very small part of the financial windfall ends up in state coffers — with most high-quality stones believed to be smuggled over the border into China.

Since 2011, the disaster-prone jade industry has remained “controlled by a network of military elites, drug lords and their cronies”, according to NGO Global Witness.

The company, Myanmar Imperial Jade Co. Ltd., was among the three gems entities slapped with US sanctions Thursday. 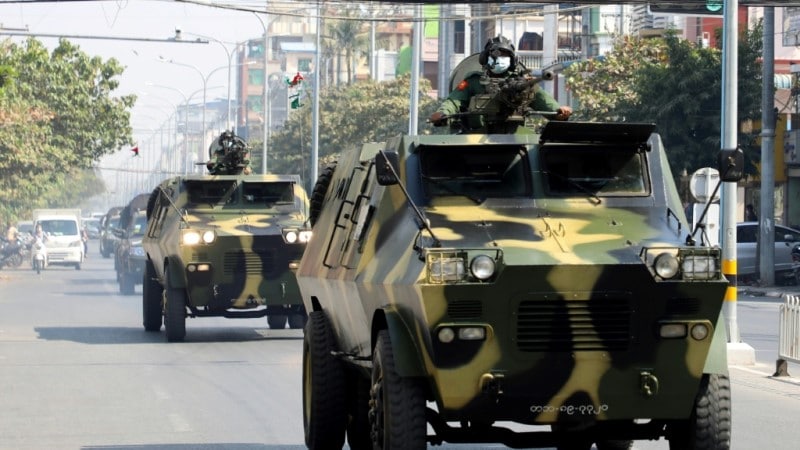 MEHL has partnerships with companies in China, Japan, South Korea and Singapore, among others.

It has enriched its shareholders in Myanmar, who — according to the conglomerate’s government filings — are all current or retired military officials.

Junta chief General Min Aung Hlaing, reportedly one of the main shareholders, would have received some $250,000 in dividends from MEHL in 2011 alone, the report said. 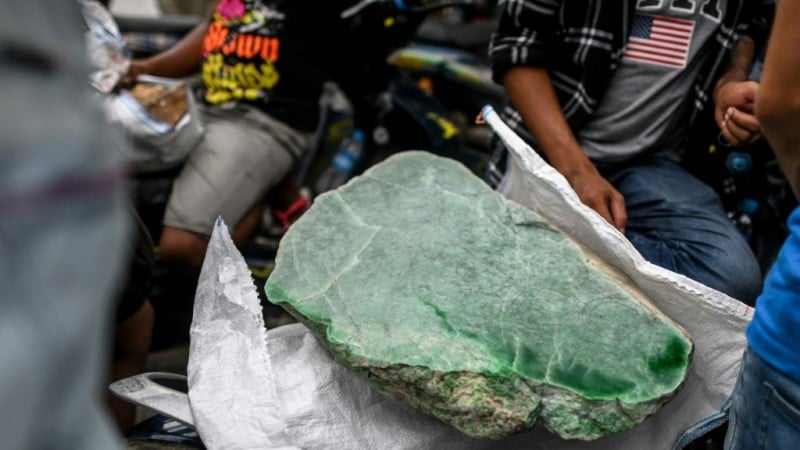 Ruling for nearly half a century, “the military top brass had time to enrich themselves”, said Francoise Nicolas, Asia director of the French Institute of International Relations.

The brief stint of quasi-civilian rule from 2011-21 did little to change that.

But the military may have feared for its future prospects after Suu Kyi’s party won by a landslide in November, Nicolas told AFP.

In the wake of the coup, the military has regained control of state companies. 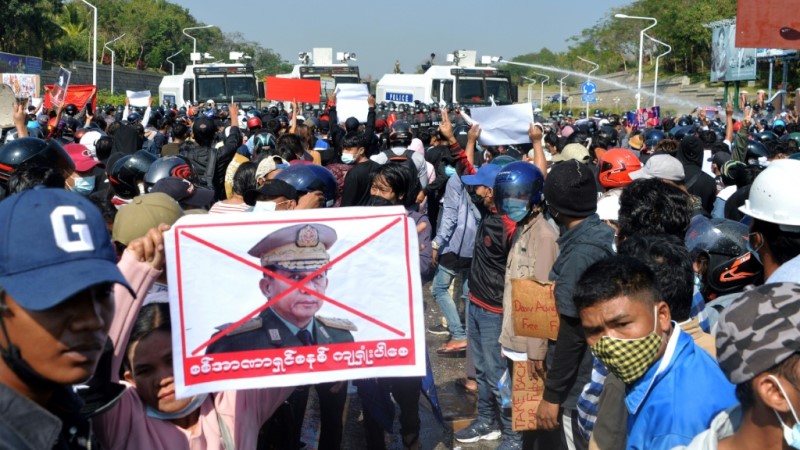 It now oversees the Myanmar Oil and Gas Enterprise — which has partnerships with France’s Total and the US’s Chevron — and is a hugely important asset reportedly netting nearly a billion dollars a year from natural gas sales.

So far, Japanese brewer Kirin and Singapore-based oil company Puma are the only foreign corporations to have announced they are reconsidering their operations in the country.

Kirin said it would be looking for a new partner, instead of MEHL.

Total, which operates largely in the gigantic offshore Yadana gas field and paid $257 million to the Myanmar government in 2019, said it would evaluate the impact of the coup.

Australia’s Woodside, which holds a stake with Total in another offshore project, said it was “monitoring the situation”.

Prior to the coup, US sanctions were imposed over the army’s abuses against the Rohingya Muslim minority in 2017.

Debbie Stothard from the International Federation for Human Rights pushed for more penalties to throttle the generals’ access to funds.

Stothard also urged international companies to break all partnerships with the ruling leaders, and said Singapore — the largest foreign investor in Myanmar — was key.

“Some top Burmese military officials have had a lot of personal investments and bank accounts in Singapore since the mid-2000s. The trend has accelerated in recent years,” she said, adding that the city-state “has leverage to act against” the army chiefs.

“Without definitive action now, the military will inflict more violence against the people, and democracy will not have a chance,” she said.

But others cautioned against plunging one of Southeast Asia’s poorest countries back into an economic chokehold, especially as the junta is well-versed in sanctions.

Having run the country for decades under crippling embargoes, the military “will be prepared to do so again”, said Myanmar-based political analyst Richard Horsey.

“Policymakers must resist the urge to impose progressively harsher measures without clear-headed cost-benefit analysis,” he added. “Don’t inflict harm on Myanmar people for the sins of their rulers.”