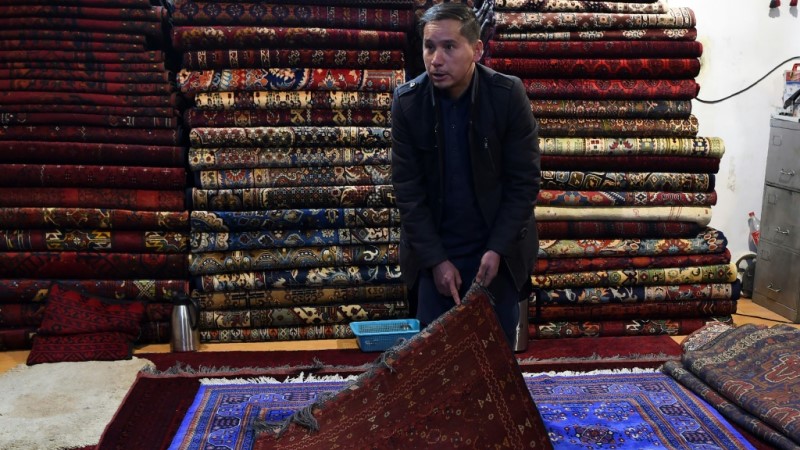 In his quest to track down the last of Afghanistan’s antique rugs, Chari Allahqul has weathered high-country blizzards, suffered beatings from armed robbers, and skirted fighting with insurgents.

Often on horseback with donkeys in tow, he travels deep into the jagged badlands of northern Afghanistan searching for hand-woven carpets made by the country’s nomadic tribes.

“The roads are dangerous, full of wolves and full of enemies. We have to spend nights in the forests or in the desert,” explained Allahqul, who travels with a hardy Afghan sheepdog to keep him safe while he sleeps.

Rug hunters can spend weeks — if not months — passing through villages like sleuths along old caravan trails, offering cash or bartering with modern goods to amass a diverse selection of pieces they can later peddle in rug bazaars or to collectors. 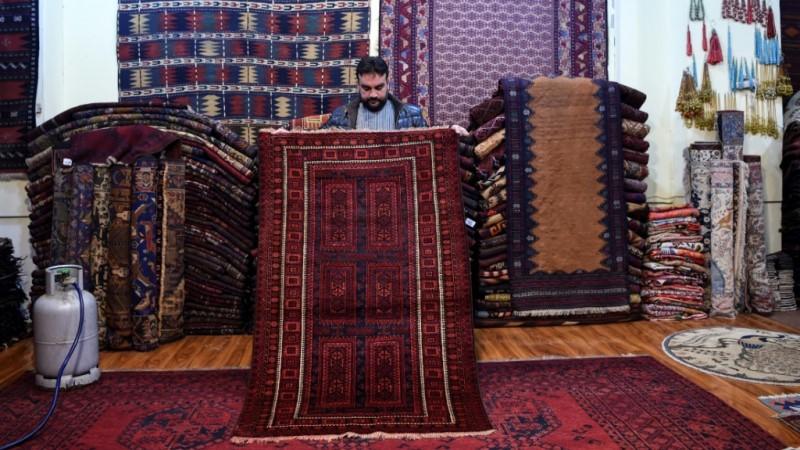 But the journeys are often full of peril.

Allahqul, who began carpet hunting as a child, said he was once clubbed with a Kalashnikov by bandits who passed over his carefully collected rugs while looking for cash, dismissing his wares as aging junk.

“They said, ‘these rugs are old rugs and throw them away’,” he recalled with a grin, while admitting it took over two weeks to recover from the thrashing.

Dangers are nothing new to the job, according to Allahqul, who remembers his father telling the story of a friend who was eaten alive by wolves after being stranded in a snowstorm during a rug expedition decades ago.

“The only thing they found were his shoes and the rugs,” he shrugged.

Afghanistan’s carpet belt stretches west like a boomerang from northern Kunduz province along the Uzbek and Turkmenistani borders and down across the frontier with Iran.

It is home to a smattering of nomadic groups who have specialised in making rugs for centuries.

Going door-to-door in rural villages working off tips from local contacts, Allahqul bargains over what were once dowry gifts — handcrafted rugs made by a young bride’s family to adorn her new home. 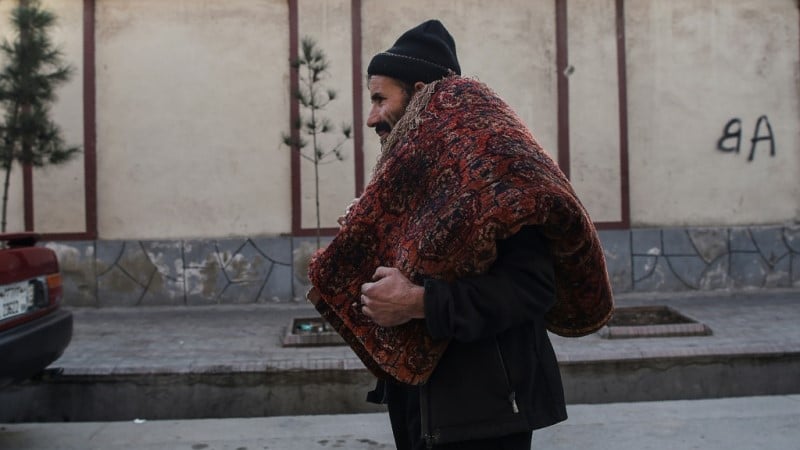 The most sought after carpets are often decades old, embellished with tribal patterns, woven from handspun wool and made with dyes concocted from local ingredients such as roots, herbs and flower petals.

Once happy with their bounty, rug hunters head back to their homes where the carpets are washed and then dried on roofs for months, allowing the sun to bring out the colors.

The rugs are then taken to cities like Kabul, where delicate repairs are made before they are sold.

“Fixing or selling a carpet is like bringing up a child. It takes a lot of hard work,” said Allahqul. 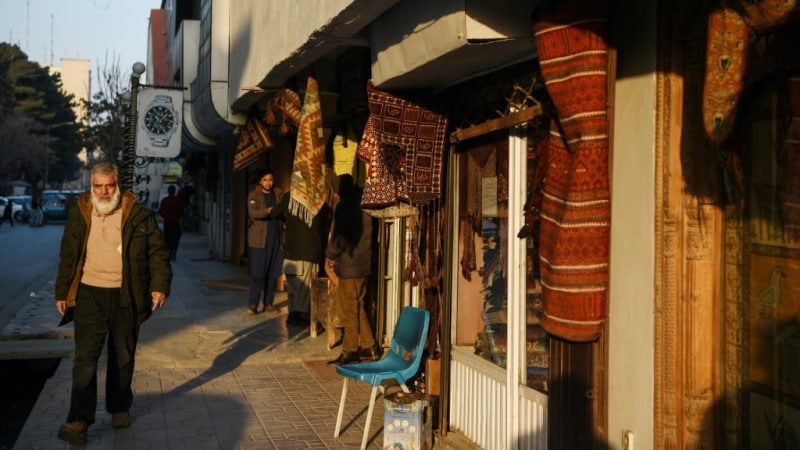 A single carpet can take anywhere from six months to two years to make and can fetch thousands of dollars on the international market if it earns a place in the showrooms of premier rug dealers.

Abdul Wahab, one of Kabul’s top tribal carpet collectors, said his inventory has been amassed piece-by-piece from a network of rug hunters like Allahqul.

“I love my carpets. I buy them one by one, not just for the sake of selling them.” 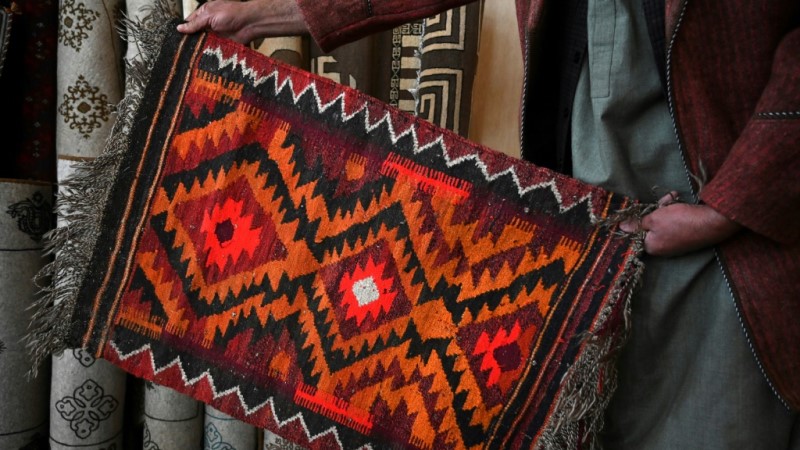 But decades of conflict, displacement and urbanization has forever changed the trade.

Nomadic tribes have largely settled and abandoned their family-run looms, according to the rug sellers in Kabul’s carpet bazaars.

Imported wool and synthetic dyes, along with the proliferation of commercial workshops across the region, have flooded the market with cheaper rugs that can be produced en masse.

“It’s a very sad thing,” sighed Wahab. “Wool from Belgium, dyes from another country… Nothing is Afghan at all.” 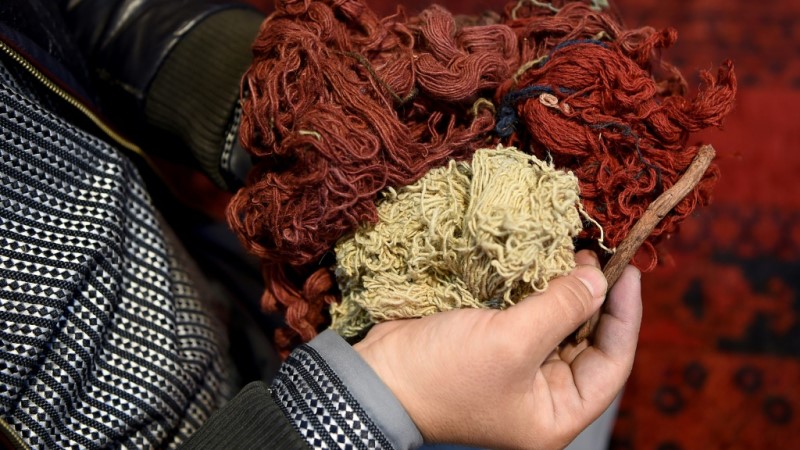 Decades of conflict, displacement and urbanization has forever changed the trade

Fakes and cheap imitations are rife, he complained, making the selling of a more expensive antique to a less discerning customer all the more difficult.

Unscrupulous carpet dealers have also been known to fabricate the faded patina seen on antiques, relying on chemical treatments, tea washing, and occasionally driving over new rugs with cars to give them a worn veneer — and a higher price.

Experienced rug sellers say only careful inspection with a seasoned eye and delicate touch can reveal the true value of a rug.

“The dyes, the design, the condition, the age, the shape — everything together gives value to the piece,” said Wahid Abdullah, owner of Herat Carpets in Kabul. 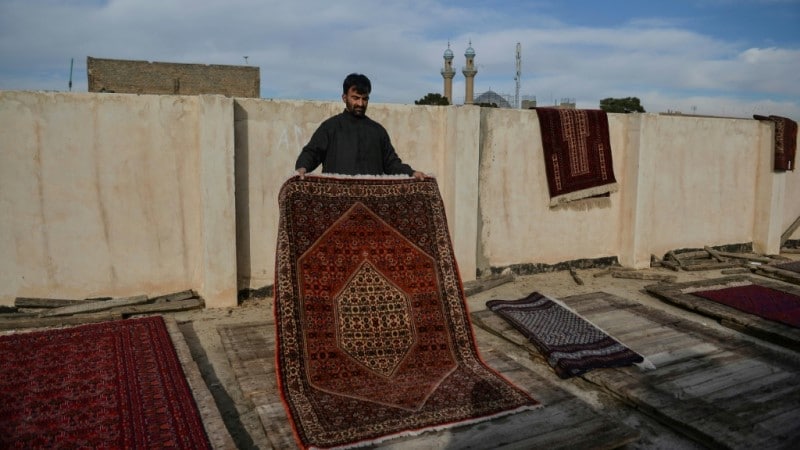 Some rugs may not even be top quality, but the uniqueness of the design or some other striking characteristic can distinguish them from modern, mass produced carpets

Some rugs may not even be top quality, Abdullah said, but the uniqueness of the design or some other striking characteristic — even a flaw intentionally woven into a pattern — can distinguish them from modern, mass produced carpets.

“It’s all art. It’s difficult to explain,” he added.

The roads have also become more dangerous with international troops withdrawing from Afghanistan while lawlessness and the Taliban‘s influence grows. 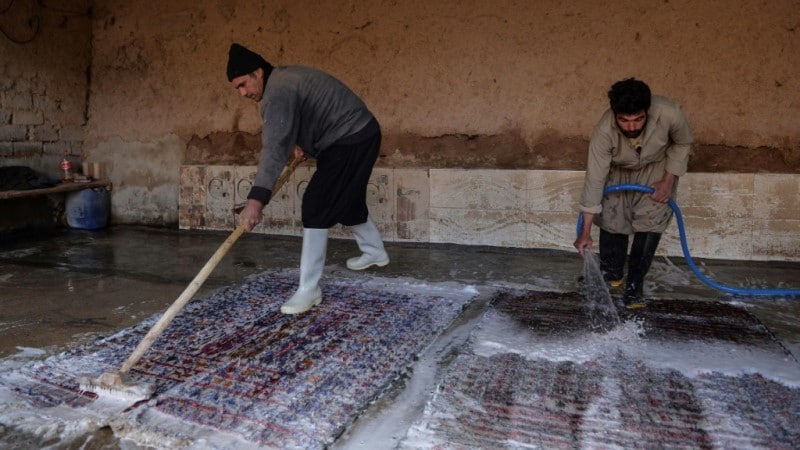 “The journeys are very, very difficult and we come across the Taliban, government forces, and thieves — either they ask for money or you get killed.”

During two recent outings Ahmadi was only able to snag a couple rugs, compared to the dozens of pieces he could have easily collected a few years ago.

“Whatever we wanted, we could get,” he said. “But now we can’t find them.”