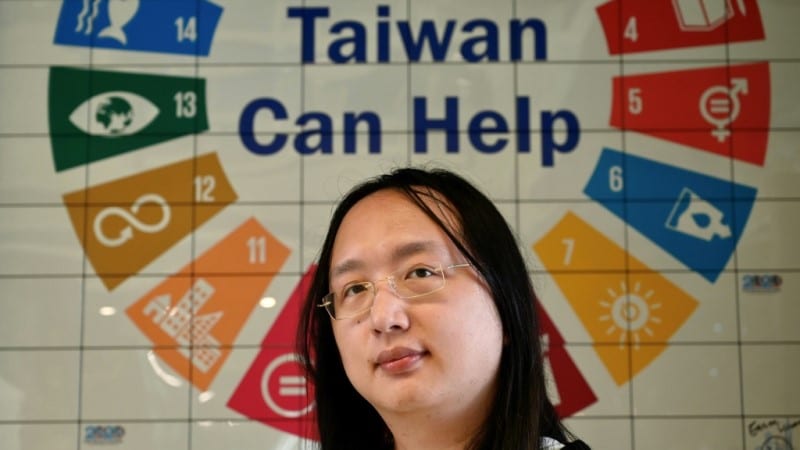 In an age of polarising populism, Audrey Tang puts empathy and seeing “all sides” at the core of her politics, an approach she says is bolstered by her transgender identity.

Taiwan’s digital minister is the world’s first openly transgender cabinet member and has blazed a trail ever since she quit school aged 14.

As a self-taught programming whiz, she started her own company two years after leaving education. She then forged a career in Silicon Valley before returning home to enter government — an unusual step for a self-described “conservative anarchist”.

But President Tsai Ing-wen’s administration headhunted her in 2016, attracted by her lack of party-political background and iconoclastic approach.

“I think it’s easier for us because we don’t have this binary thinking,” Tang, 39, told AFP when discussing what her transgender identity brings to the job.

“We don’t think that there’s half of the world that’s different from us.”

Tang publicly transitioned in her early 20s, changing her Chinese and English names and adopting the pronoun “she” — although on her cabinet personnel file she wrote down no gender.

It is the experience of living through different identities, she said, that allows her to see multiple perspectives.

“I have some shared sentiments, some shared lived experiences and I can empathise more with people who suffer from the different minorities,” she said.

“I am not taking any particular side. I am taking all the sides.” 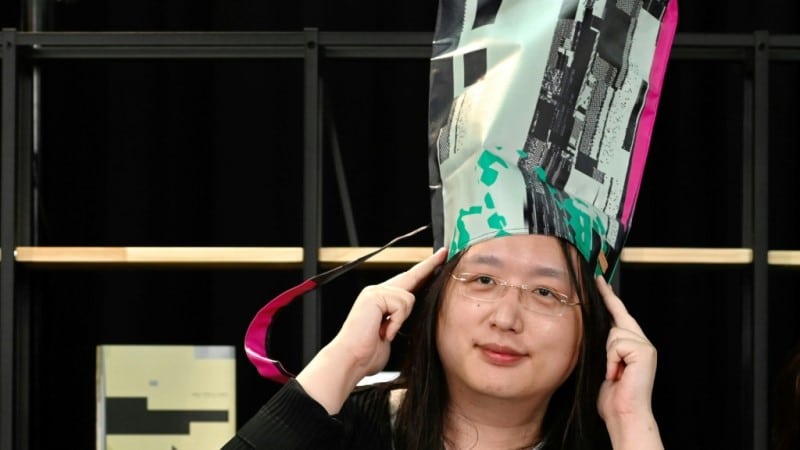 Tang has no physical ministry, instead bouncing between government departments to solve problems and offer advice

Tang breaks the mold for a minister in many ways. She routinely walks to work, snapping selfies with locals as they offer up ideas.

She eschews hierarchies within her team, makes many meetings public and has no physical ministry, choosing instead to bounce between government departments to solve problems and offer advice.

Some of the more recent issues her team has been involved with are youth engagement, battling misinformation and using tech to respond to the coronavirus outbreak. 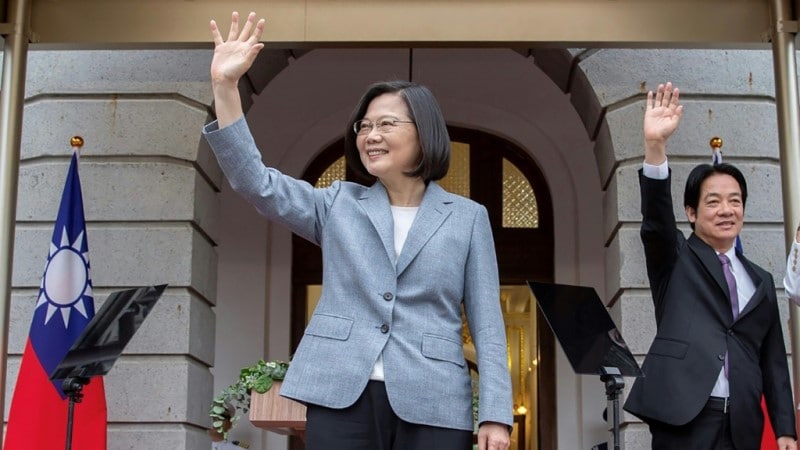 Taiwan has excelled in its virus response. Despite its proximity and economic links with China, where infections were first reported, it has stopped its outbreak with a little more than 440 cases, and seven deaths.

As a conservative anarchist, Tang sees herself as working for neither the government nor the people, but as a kind of conduit between the two.

“I am at this kind of ‘Lagrange point’ between the social movement on one side and the government on the other side,” she added, using a phrase that describes a point in space where the combined gravitational forces of two large bodies hold a third much smaller body in place.

Tang believes the standard top-down form of government needs to be overhauled.

In a world where viral videos of injustice can spark movements such as the Arab Spring or Black Lives Matter, she says “democracy itself is being democratized”.

People should directly contribute to government policy and those with seemingly unorthodox political backgrounds like hers should get involved, she added.

Throughout Tsai’s tenure, democratic Taiwan has seen economic, military and diplomatic pressure ramped up by China, which views the island as its own and has vowed to take it, by force if necessary.

Tang said she believed Taiwan’s democratic system had been strengthened during the pandemic, whereas China’s model “gets even more constrained”.

“I think the pandemic served as an amplifier of the two different governing models,” she said. 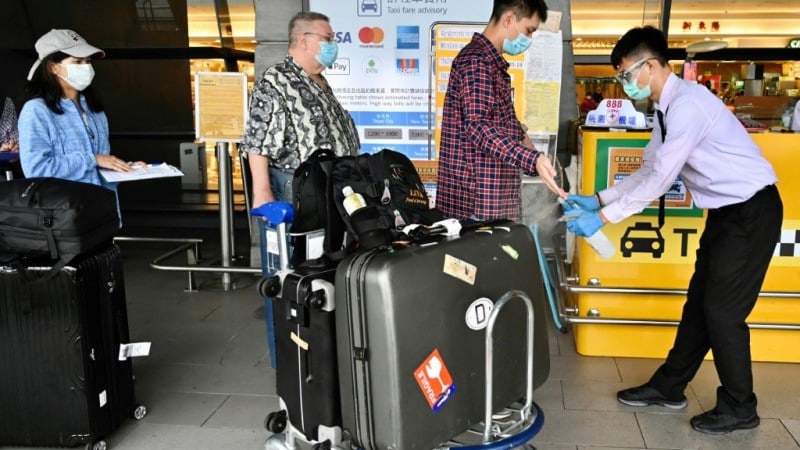 A worker sprays hand sanitizer onto passengers after they arrived at Taoyuan Airport. Taiwan has gained plaudits for its response to the coronavirus outbreak

Beijing loathes Tsai because she refuses to recognize its idea that Taiwan is part of a “one China”.

Tsai’s party regards the island as a de facto independent state with a separate Taiwanese identity.

As a result, Taiwan has been on the receiving end of years of sophisticated pro-Beijing misinformation and disinformation.

But Tang says she remains confident Taiwanese are becoming increasingly inoculated to the phenomenon.

Despite being one of the world’s most prominent transgender politicians, she says Taiwan — which last year became the first place in Asia to legalize same-sex marriage — has more to do on progressive social issues.

Tang said she would like to see Taiwanese transgender people being recognized on their national ID cards — especially as a non-binary choice is available to foreigners filling in health forms on arrival.

But she remains optimistic, at one point quoting the Leonard Cohen lyric: “There is a crack in everything, that’s how the light gets in.”

“I think Taiwan is firmly on the path of inclusion,” she said.