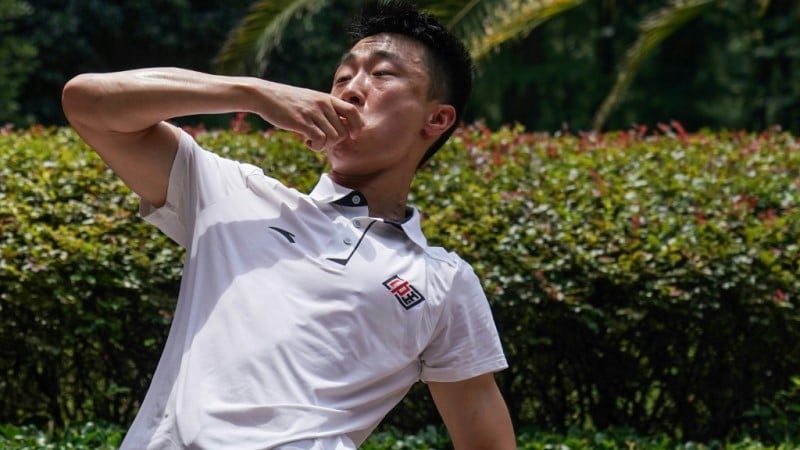 There are no precise figures but Liu estimates that excluding those in martial-arts schools, about 1,000 people in China practice “zui quan”, better known as drunken or drunkard’s boxing.

The 24-year-old, a full-time martial artist, crouches down, pauses, then springs up, twisting and twirling in the air.

In motions which appear haphazard but are actually perfectly controlled, Liu then staggers backwards and leans all the way back before collapsing, motionless and with his arms splayed. 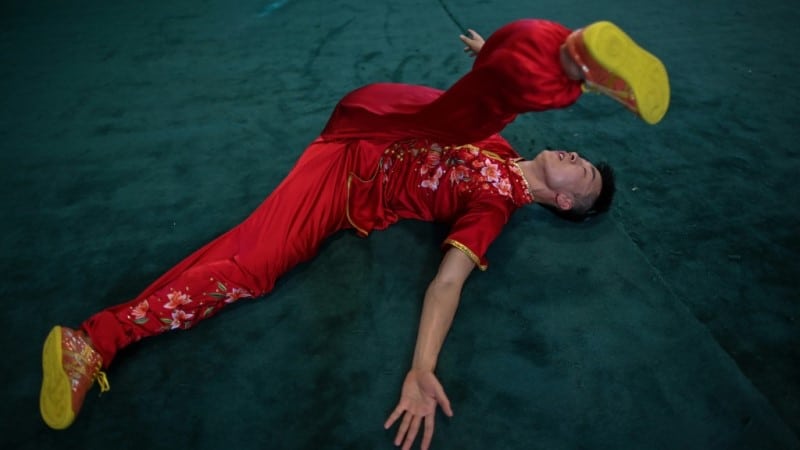 Drunken boxers imitate people who have had one too many

“A drunken boxing practitioner is like a drunkard but actually he’s very sober,” said Liu.

“The drunken boxing practitioner seems to be drunk, very funny, stumbling and swaying, and even barely standing still.

“But actually he still has a strong sense of attacking and his boxing movements are very clear.”

The martial art’s origins are unclear, but it is often thought to have sprung up as result of the tale of the drunken Eight Immortals in Chinese mythology.

Liu, an expert in several different martial arts, became interested when he watched the “Drunken Master” Jackie Chan films from 1978 and 1994.

Liu said there has been a fall in the number of people doing drunken boxing from the 1980s. But he has seen a recent uptick and the Chinese government appears determined to keep it alive. 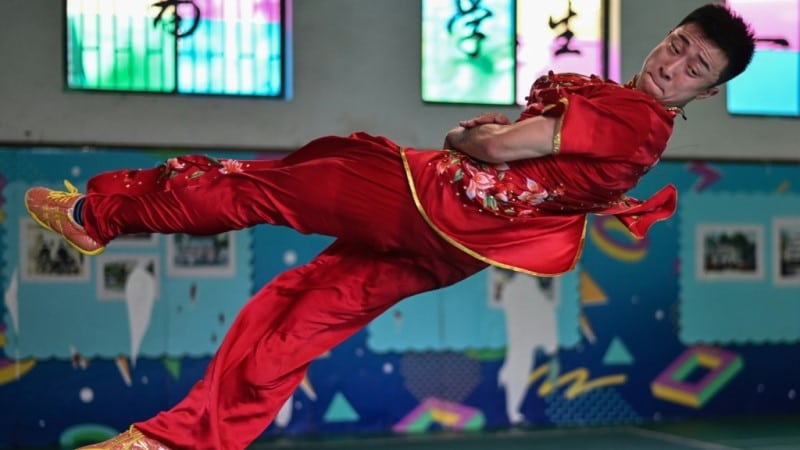 These days there is no fighting involved. Rather, Liu and other members of China’s national martial arts team stage performances to raise interest.

Peng Aofeng, 30, another drunken boxing expert, was also drawn in by the Chan movies. “I thought it was cool,” he said.

Peng believes that one major obstacle for drunken boxing’s future is that it needs to be done on carpeted floor, because there is a lot of falling and rolling involved. 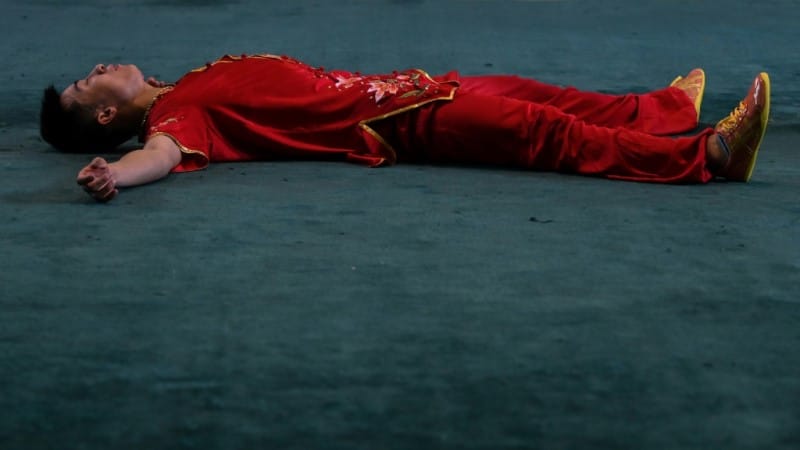 Another reason that so few people do it, said Peng, is that not many have the necessary “flexibility and explosive power”.

Like Liu, he is playing his part in keeping the practice going.

“Among ordinary people or non-professional people, I have hardly ever seen anyone practice drunken boxing,” he said.

by Peter Stebbings / and Lan Lianchao