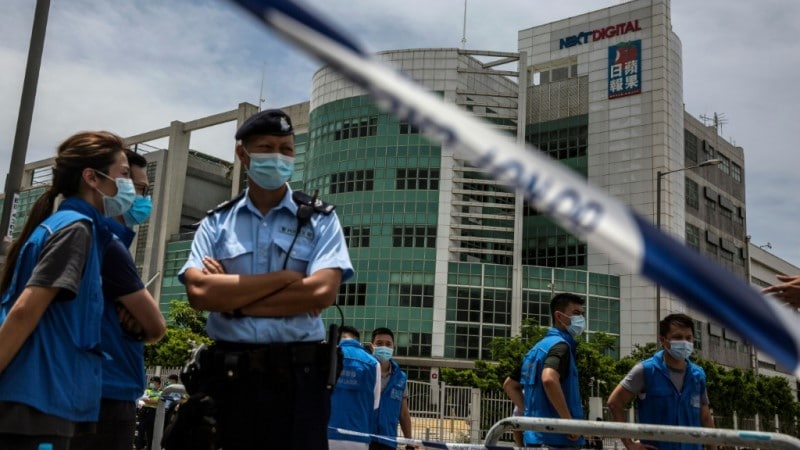 On August 10, Hong Kong police conducted their largest operation yet under the law, arresting 10 people, six of them for “colluding with foreign forces”

Hong Kong police are using the past words and deeds of government critics to bolster investigations under the city’s sweeping new security law, despite the legislation not being retroactive.

The law, described by China as a “sword” hanging over the heads of its pro-democracy opponents, was imposed on the financial hub by Beijing in June, with authorities promising it would not apply to past transgressions.

But details from more than 20 arrests so far show actions including political speeches and online posts made before the law was introduced have formed a key part of investigations, helping police obtain search warrants, conduct raids and make arrests.

“They will go back into your history and look for connections,” one lawyer involved in national security investigations told AFP, requesting anonymity to speak freely, adding police were empowered to use past acts as “background information” for both investigations and upcoming trials. 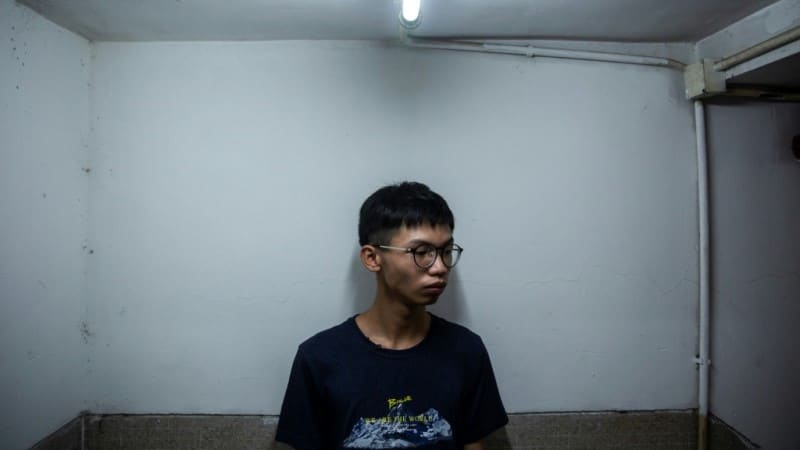 Tony Chung, 19, was arrested alongside three others on July 29 for allegedly inciting secession

On August 10, police conducted their largest operation yet under the law, arresting 10 people — six of them for “colluding with foreign forces”.

Much of the drama centred on the arrest of newspaper owner Jimmy Lai and a subsequent raid by more than 200 officers on his Apple Daily newspaper.

On the same day, three officers paid a more discreet visit to the local newsroom of Nikkei, the Japanese financial newspaper, armed with a court order.

The reason, according to a source present who spoke to AFP on condition of anonymity, was an advert placed in Nikkei a year ago calling for international support for pro-democracy protests then convulsing the city.

Similar adverts ran in papers around the world and were paid for with crowd-funding.

Despite being a collaborative effort, the Nikkei advert featured the name of pro-democracy party Demosisto, which was led by young activists until it disbanded hours before the security law came in.

Later that evening, one of Demosisto’s leading figures, 23-year-old Agnes Chow, was arrested alongside two other former student activists.

At a media briefing that day, police offered some details of the operation.

Without naming individuals, they said media company executives allegedly used an overseas account to provide financial support for a three-member group that lobbied for foreign sanctions against Hong Kong.

After her release, Chow said the collusion charges were “very vague accusations without specifying time and means”, and she was “clueless” about what actions she may have taken to break the new law.

Speaking to the Apple Daily, his own newspaper, Lai said police had focused their attention on calls he made before the law took effect on June 30 lobbying for international action. 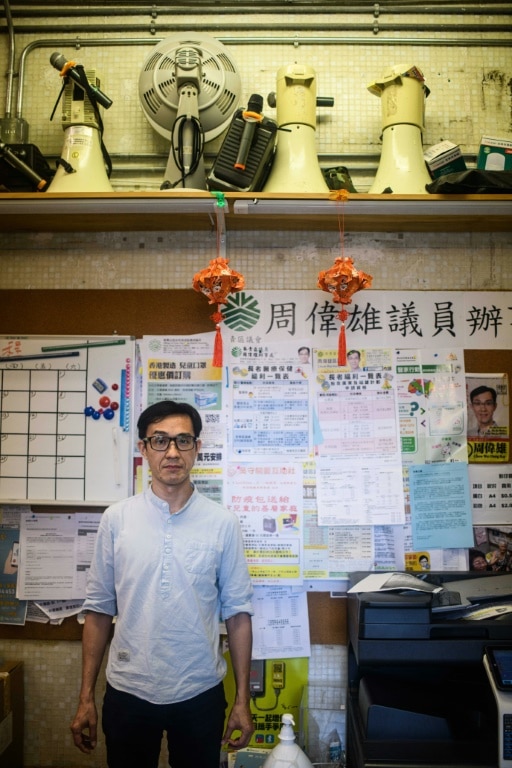 Past social media posts have also become a focus for police.

Tony Chung, 19, was arrested alongside three others on July 29 for allegedly inciting secession.

He is a former member of Studentlocalism, a pro-independence group that disbanded its Hong Kong chapter before the security law came in.

Police said the arrests were made after an overseas group left a post on Facebook, following the imposition of the security law, calling for Hong Kong to become a republic.

Chung denied having anything to do with the post.

During his 40 hours of detention, he said most of the evidence presented by police was made up of old social media comments.

“All those posts were published before the law came into force, with the oldest one dated in 2016,” Chung told AFP.

A Hong Kong police spokesperson declined to comment on active investigations but said “there is no retroactive effect” on the work they carry out under the national security law.

So far only one person has been charged under the legislation — a man who allegedly drove a motorbike into police officers while flying a pro-independence flag. He is facing one count of terrorism and one charge of inciting secession.

The lawyer involved in national security cases said he believed police often had no intention of charging those arrested.

“Intimidation, forfeiting their travel documents, and using those released on bail to pick up more people are the three purposes,” he said.

District councillor Chow Wai-hung was the 11th person arrested under the law after he raised placards at a protest in late July, including one that read “Liberate Hong Kong, revolution of our times” — a popular but now banned slogan.

“No officer answered when I asked why I was accused of inciting secession,” he told AFP after he was released on bail.

“Except one who shouted that I should prepare for three years in jail.”