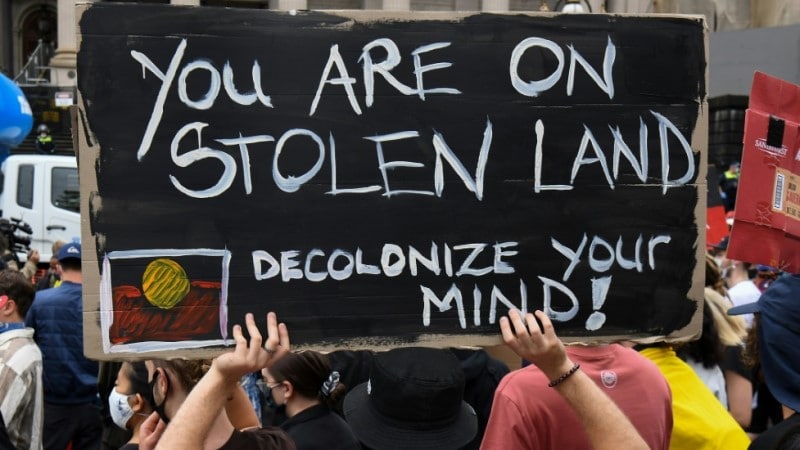 Chants of ‘Sovereignty was never ceded’ and ‘No justice, no peace’ rang out

Thousands of Australians defied coronavirus rules on Tuesday to protest the country’s national day, held on the anniversary of British colonization of the vast continent that its Indigenous population marks as “Invasion Day”.

Officially recognized as Australia Day, January 26 also sees annual rallies drawing attention to the injustices faced by Indigenous people and calling on the government to change the date of the national holiday.

The celebration of the origins of the modern nation is a time of mourning for Indigenous Australians, who have inhabited the land for 65,000 years and view the arrival of British settlers in 1788 as the beginning of two centuries of pain and suffering.

Thousands of people gathered at a central Sydney park in defiance of police threats of fines and arrests for breaching a 500-person limit on public gatherings, though organizers called off a march through the city that usually follows. 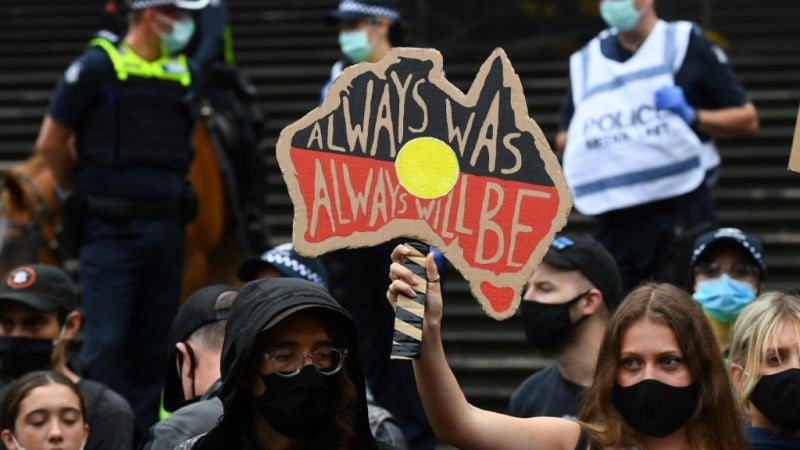 Police said five people were arrested, including one who was charged with assaulting a police officer, but praised the crowds as largely peaceful.

Authorities earlier refused to waive the cap on numbers, despite no new cases being detected in Australia‘s biggest city for more than a week.

Chants of “Sovereignty was never ceded” and “No justice, no peace” rang out while others held up placards with slogans including “Not a Date to Celebrate” and “Black Lives Matter”.

“For us it represents cultural genocide. Our families being ripped apart. Years and years of disease and famine. And the intergenerational impacts of that are still being felt today,” Gomeroi man Dylan Booth told AFP.

Australia last year failed to meet most key targets on closing the health and wellbeing gap between Aboriginal Australians and the rest of the population, with soaring incarceration rates among Indigenous people and a life expectancy about eight years lower than the national average.

Thousands also attended protests in other major cities across the country, with rally organizers encouraging attendees to wear face masks and maintain physical distance where possible.

In Australia’s second-biggest city of Melbourne, where an estimated 10,000 turned out to march through the streets, attendees walked in 100-person groups to comply with coronavirus rules.

Some waved Aboriginal flags, while others held aloft signs including “No Pride in Genocide” and “You are on Stolen Land”.

“People (are) having barbecues and shrimp on the barbie and celebrating the death and destruction of these people, the oldest continuing living culture in the world,” The Age reported Indigenous Senator Lidia Thorpe as telling the crowd. 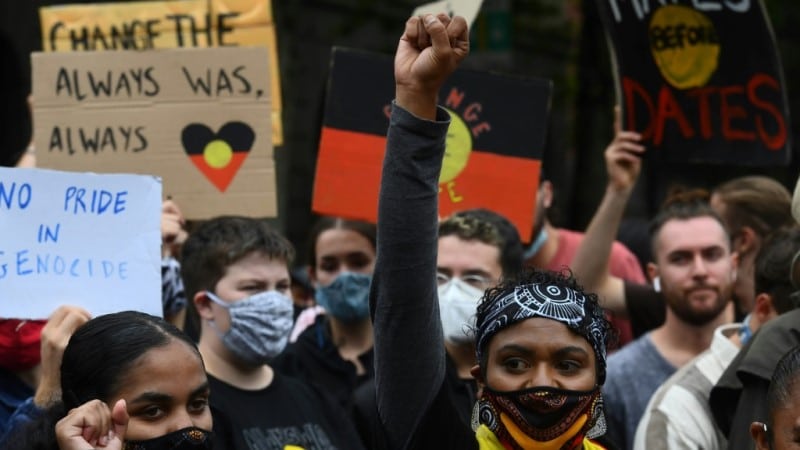 Police in Melbourne detained one counter-protester, a man wearing an Australian flag as a cape and a shirt supporting the violent US far-right group Proud Boys, according to an AFP photographer.

The push to change the date — or even abolish the celebration entirely — remains divisive.

On social media, supportive hashtags #InvasionDay2021 and #AlwaysWasAlwaysWillBe were trending but a poll of more than 1,000 people conducted for Fairfax newspapers showed 48 percent opposed the change while just 28 percent supported it.

The debate around Australia Day — which was only formally established as a national holiday in 1994 — has grown increasingly heated debate in recent years.

The occasion is staunchly defended by right-wing commentators and retains strong support from the country’s conservative government. 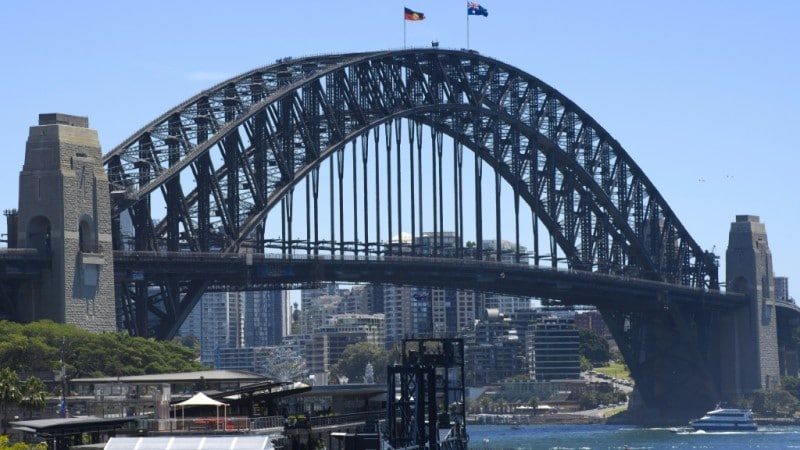 The Australian and Aboriginal flags flew on Sydney Harbour Bridge

Official celebrations this year were muted amid the pandemic, with many towns and cities canceling or scaling down events due to coronavirus restrictions.

Prime Minister Scott Morrison, who earlier in the week chided Cricket Australia for dropping the name from promotions for its January 26 matches, said history “changed forever” when the First Fleet arrived in 1788 and there was “no escaping or canceling this fact”.

“For better and worse, it was the moment where the journey to our modern Australia began,” he told an official ceremony in Canberra.

“And it is this continuing Australian journey that we recognize today.”