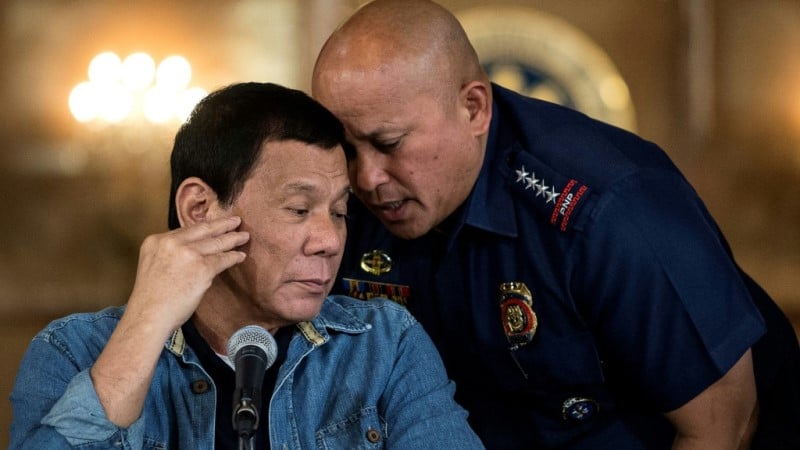 The main architect of Philippine President Rodrigo Duterte’s drug war said Monday he would rather be “convicted and even hanged” by a Filipino court than a foreign one for his role in the deadly crackdown.

Ronald Dela Rosa, the first police chief to enforce Duterte’s anti-narcotics campaign in 2016, made the comments days after the International Criminal Court authorized a full-blown probe into the controversial policy.

Dela Rosa, a senator and close ally of Duterte, told a Senate hearing he was a “co-accused” with the president in the ICC probe.

Capital punishment in the Philippines was outlawed in 1987 and reintroduced six years later, before being abolished again in 2006. The ICC does not use the death penalty.

Dela Rosa, who retired as police chief in 2018 with hero’s honors, was named by ICC judges in their decision to authorize an investigation after finding the anti-drug crackdown could be a crime against humanity.

Some of the campaign’s most well-known abuses happened on Dela Rosa’s watch, including the 2017 killing of teenager Kian delos Santos that led to the first convictions of police officers carrying out the drug war.

Dela Rosa defended the country’s criminal justice system, saying there was no need to prove to the world that it was working.

At one point in the hearing, Dela Rosa described himself as a “human rights advocate” for victims of “drug-crazed” criminals and said he “can’t see crimes against humanity being committed”.

At least 6,181 people have died in more than 200,000 anti-drug operations conducted since July 2016, according to the latest official data released by the Philippines.

Duterte has not yet responded publicly to the ICC probe, but his lawyer said last week he would not cooperate.