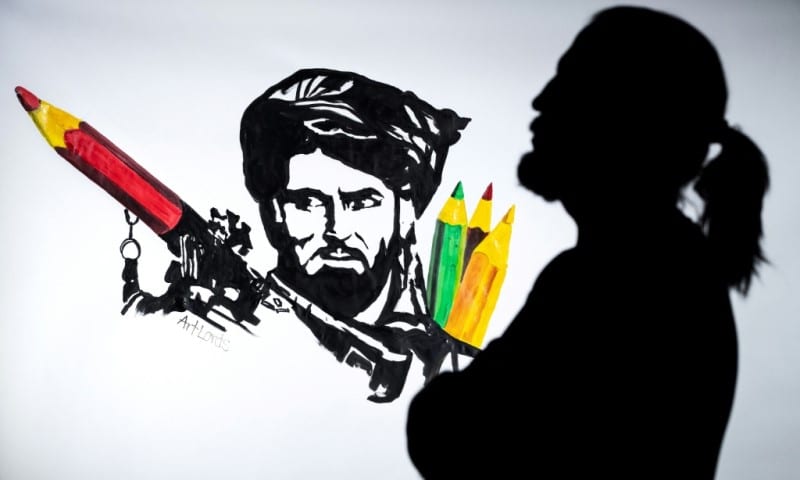 Afghan artist and co-founder of the ArtLords collective, Farshad, poses next to a piece of work by the group

“Art, for me, was to be able to express everything I couldn’t say with words,” she said from the capital. “It dealt mainly with violence against women.”

The last Taliban regime from 1996 to 2001 saw women brutally suppressed, as well as music banned and the destruction of artworks and heritage, including dynamiting ancient statues of the Buddha.

The hardline movement have insisted their new regime will be different, but like many other artists who have destroyed their work, or musicians who have broken their instruments, Sara is terrified.

“Art is my life,” said Sara, who asked for her real name not to be used. “I no longer have a future.” 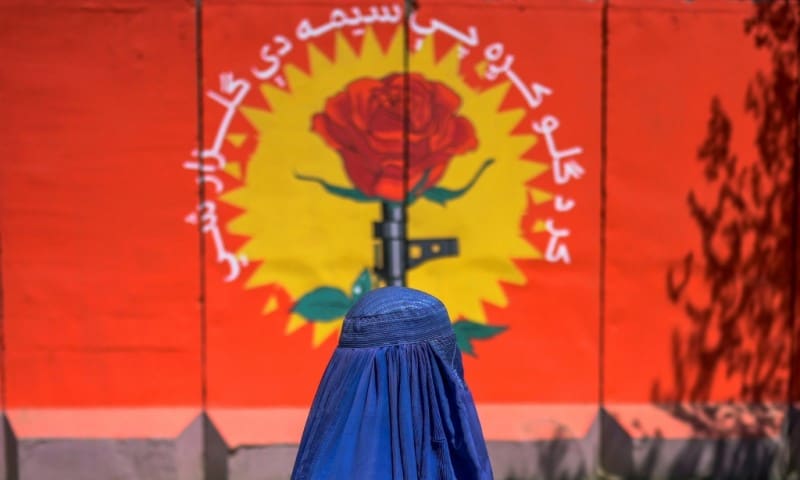 Kabul has changed dramatically since the Taliban were last in power, and Sara is part of a social media-savvy youth who grew up in a capital where arts and culture were flourishing.

Now, with others, she plans to use art to protest against the Taliban, hoping to work with a collective of guerilla graffiti painters to spread their message.

“I want to go out at night and paint anti-Taliban stencil art,” she said.

Another artist, 19-year-old Maryam, whose name AFP has also changed for this story, plans to post digital anti-Taliban creations on Instagram.

One example; a little girl unzips the top of a burqa, from which doves escape.

“Art is dying in Afghanistan,” she said. “I will fight against the Taliban, not with weapons but with my work.”

Ramin Mazhar was still a child when the Taliban were last in power in Kabul.

Two decades later, and now living in France, he has become one of Afghanistan’s most recognized poets.

“You are not afraid of love, of hope, of tomorrow,” he recites in Dari, verses that have become an anthem for Afghan youth. “I kiss you amid the Taliban, you are not afraid!”

His poetry, turned into songs, has been watched hundreds of thousands of times on YouTube. But when Mazhar recently tried to search for it, it had already been erased. 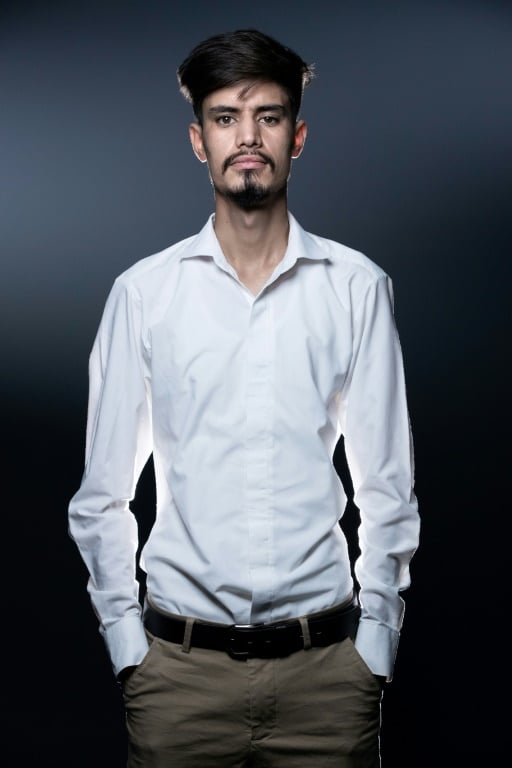 “Many have been forced to self-censor to protect their lives in fear. This makes the future of art dark and uncertain in Afghanistan. We don’t know where we are headed.”

But Mazhar does not want to give up.

“Art exists wherever a human exists,” he said. “Maybe art will continue secretly, underground, or illegally.”

In Paris, artist Rada Akbar is planning an exhibition of miniature paintings to illustrate that “the Taliban are not the real Afghanistan, and that they do not represent the history and culture of the country”.

Actress Yasamin Yarmal fled to France last month with her family, like dozens of her peers. 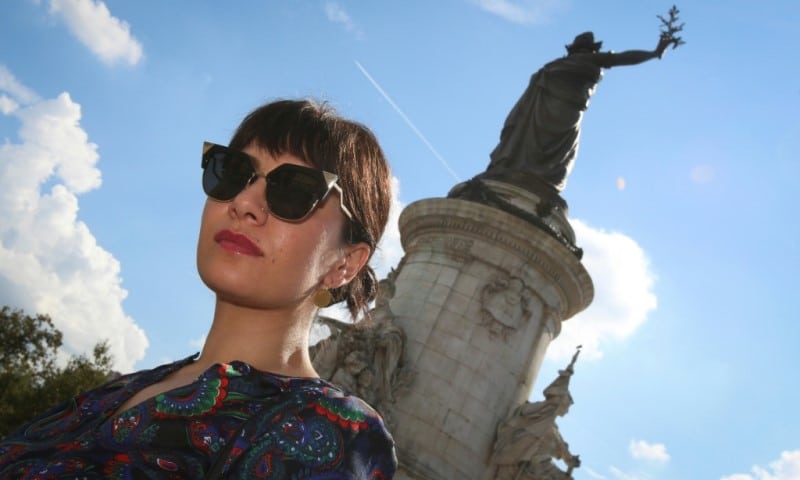 In 1997 the Taliban searched her house and beat her disabled son to death, she said. “I didn’t want to go through that again.”

“Art can open people’s minds, so of course the Taliban are afraid of artists,” she added.

Many of those who remain in Afghanistan are holed up at home, fearful of going out, and worried about how to earn a living.

Sodaba, an actress, said she has received threatening phone calls — claims AFP was not able to verify — and lives in a “nightmare” of fear.

“We have a WhatsApp group with other artists,” she said. “People say the Taliban have established a list of people to find, and I’m afraid to be part of it.” 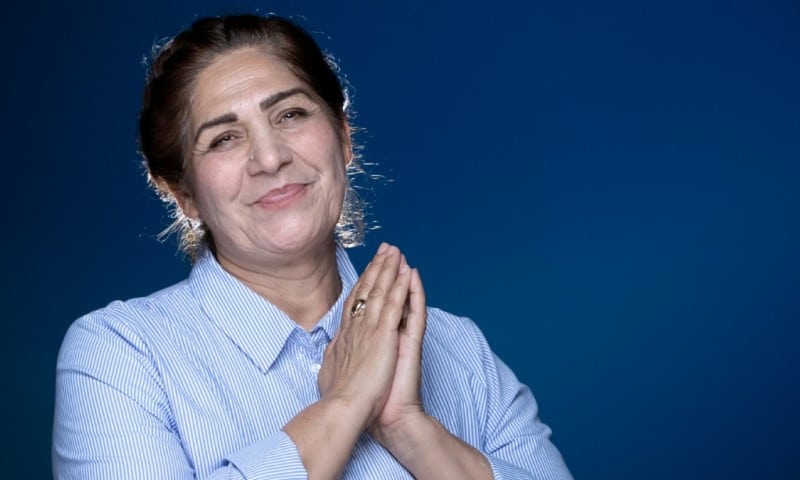 But Farshad, one of the founders of ArtLords, an Afghan collective that previously covered the walls of Kabul with hundreds of murals promoting peace and women’s rights, still has hope.

He said unlike during the Taliban’s previous rule, people can now access art, music and films through the internet.

“The world is a click away from them,” he said. “So it will be very hard for the Taliban to impose or sanction art.”

Many ArtLords murals have already been replaced by drab propaganda slogans as the Taliban reimpose their austere vision.

Farshad is now in Paris, but asked to speak under a pseudonym, because he wants to return to Kabul to help other artists escape.

He pulls out one of the ArtLords’ most famous works — a Taliban fighter with a rocket launcher packed with pencils instead of ammunition.

“I don’t think art will die in Afghanistan,” he said. “I am sure one day the Taliban movement will die, but art will be there.”

by Joris FIORITI and Usman SHARIFI