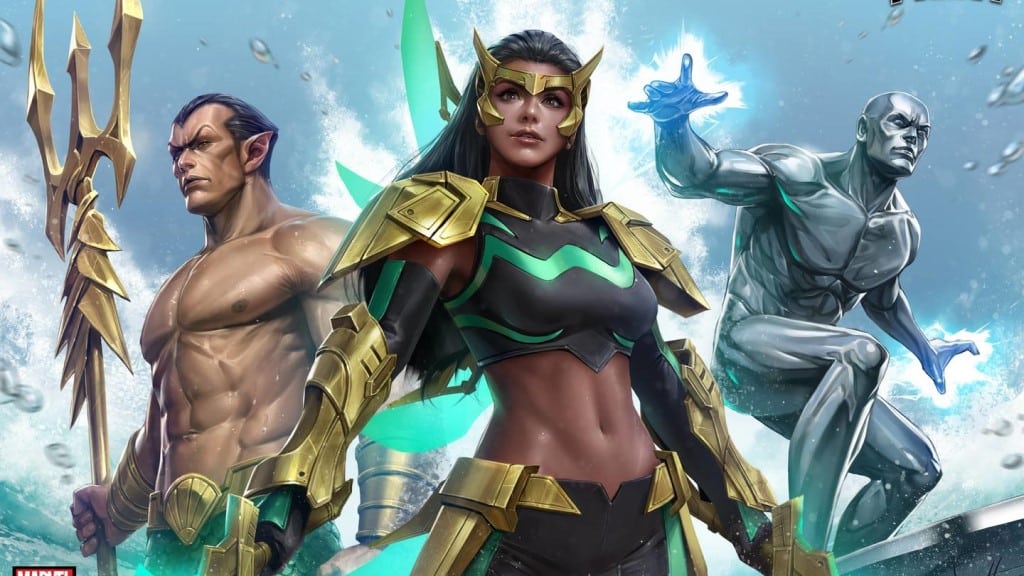 Fresh from the success of the theatrical release of “Captain Marvel” and just in time for the celebration of International Women’s Day, Marvel Comics is set to unveil a new female superhero from the Philippines.

The Hero From Asia

Wave will be introduced in Marvel’s latest comic book series that fans were already hyping about, called “War of the Realms: New Agents of Atlas.”

Comic book writer Greg Pak unveiled for the first time over at Twitter, the first look of the female hero. In his post, Pak revealed Wave to be the brainchild of Filipino comic book artist, Leinil Francis Yu, with colors by Sunny Gho.

In the sneak peek image, the Pinay superhero can be seen donning what appears to be black and aqua-colored underwater supersuit complete with gold embellishments. She’s also wielding some sort of a glowing crystal sword, one at each hand.

It can only be assumed that the octopus behind her is a friend, perhaps her underwater mount, judging from her amused expression.

What mystery surrounds the character, we have yet to find out. But according to the comic book giant, the Filipina will be teaming up with other superheroes hailing from China named Aero and Sword Master. The two latter characters will also be making their Marvel debut.

Pak, a Korean-American who is also a filmmaker, is no stranger to blockbuster comic book series as evident with one of the best-selling Marvel comics like the “Planet Hulk” and the “World War Hulk” series.

We could only assume that with him at the helm, Wave and the rest of the new Marvel superheroes hailing from Asia will reach greater success in mainstream comics.

Wave won’t be the only Filipino hero to be introduced in major comic book franchises.
In 2008, for example, a group of Filipino superheroes called the Triumph Division was introduced in “Invincible Iron Man” Vol. 2 series.

Over at DC Comics, there are also a handful of notable Filipino characters joining the fray. Among the most popular include Salvador Joel Alonday. Not so flashy of a name but Alonday is a Filipino Scout Ranger who possesses energy blast-type powers called the Grail.