Pacquiao Vows ‘I’m Not Done Yet’ after Two-Year Layoff 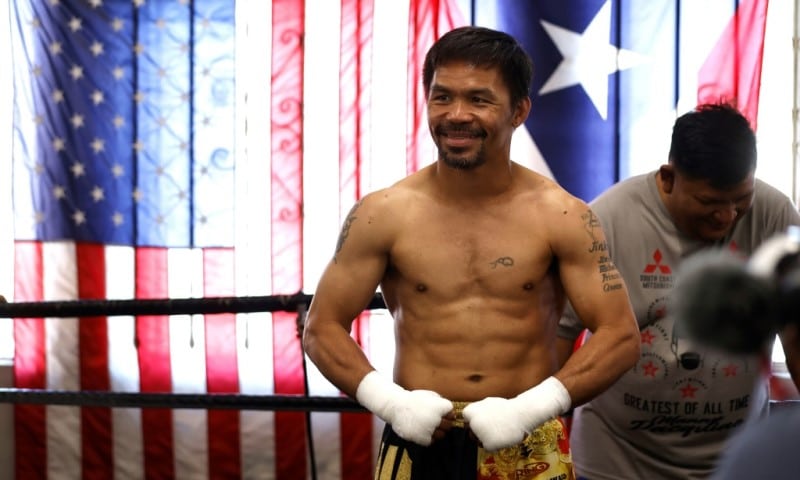 “I could have fought several easy opponents,” Pacquiao said Wednesday. “I picked the best opponent because I want to add more to my legacy and accomplishments. I have to prove that I’m not done yet.”

Pacquiao, 62-7 with two drawn and 39 knockouts, last fought in July 2019 when he beat American Keith Thurman for the World Boxing Association version of the 147-pound division throne.

But the Philippine senator was stripped of the crown in January due to inactivity.

“It has been two years since I’ve been in the ring and it was good for me to have that rest,” he said. “It helped my body and my mind a lot. This time around, I’m as excited as ever and feeling like I’m young again.

“I never imagined being at this point now when I started my career. To be here now and still fighting the best, it’s truly a gift that I’ve received.”

Pacquiao left his future in the ring uncertain after the showdown with Spence.

“This could be my last fight or there could be more,” he said. “Like I’ve always said, it’s one at a time. After the fight, I’ll talk about the plan and see if there’s another fight coming.

“I want to fight and bring honor to my country. At the same time, I’m also here to show for myself that I can still do it at 42.”

Pacquiao said he still feels the same fire he has in training for the past 15 years as he prepares for an aggressive rival in Spence, who is 27-0 with 21 knockouts.

“I have lots of advantages in this fight. My speed and power, along with my strategy and experience, are all advantages for me,” Manny Pacquiao said.

“We have a strategy that we know how to use against a southpaw. He wants to fight toe-to-toe and that’s going to be to my advantage. We’re prepared for anything. If he wants to use his reach advantage instead, we’re ready.”