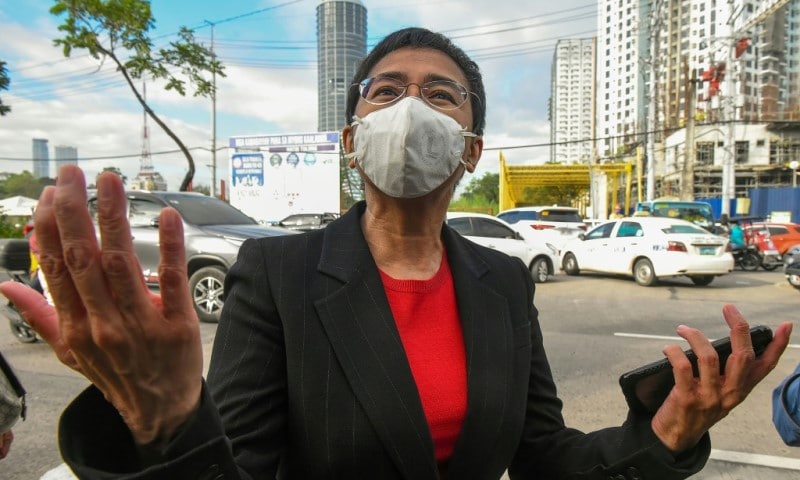 A second libel charge against veteran Philippine journalist Maria Ressa has been dismissed, a court and her lawyers said Thursday, in another legal victory for the outspoken critic of President Rodrigo Duterte.

Ressa and her news website Rappler have faced multiple criminal charges and investigations after publishing stories critical of Duterte‘s policies, including his bloody drug war.

The former CNN correspondent is on bail pending an appeal against a conviction last year in a separate cyber libel case, for which she faces up to six years in prison.

“The cases against Maria have been piling up for years, each one as baseless as the other. It is a vindication to see a Philippine court dismiss this latest libel case with prejudice, and by doing so restore faith in the rule of law.”

The libel case against Maria Ressa and Rappler reporter Rambo Talabong was dismissed Tuesday after the complainant decided to drop it, court clerk Raul Dela Cruz confirmed to AFP.

The case stemmed from a story Talabong wrote about a university professor who allegedly accepted money from thesis students in exchange for passing grades, according to a copy of the charge sheet.

Ressa said the dismissal was a “temporary relief, but the ongoing campaign of harassment and intimidation against me and Rappler continues”.

Another libel charge against Ressa was dismissed in June after the complainant said he was not interested in pursuing the case.

Talabong welcomed the latest ruling but said “no journalist should have to go through this”.

“We should decriminalize libel, which drains too much precious resources and time from journalists. I experienced this first hand,” he said in a statement.