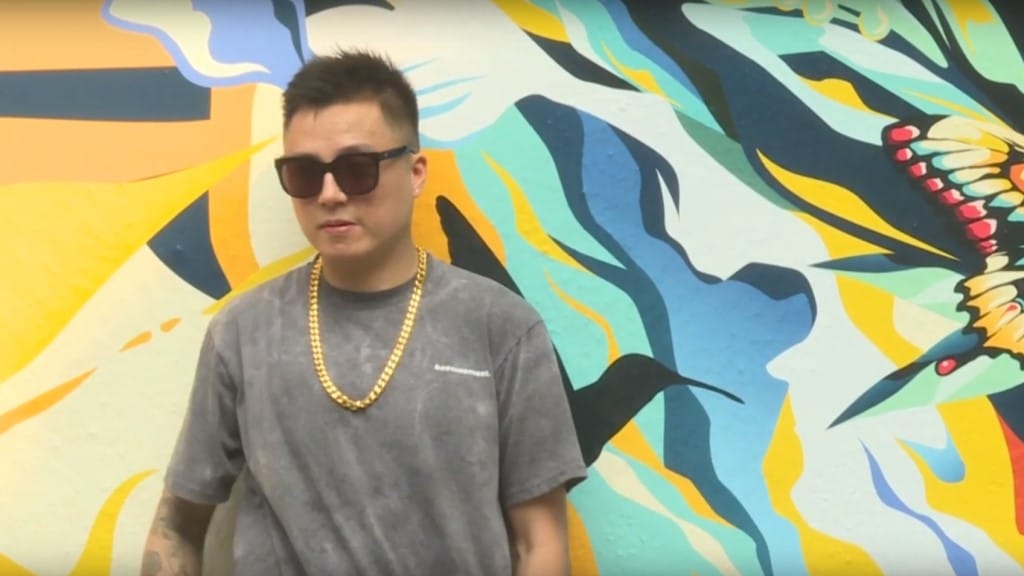 There are important milestones in the LGBTQIA+ that signify progress in its pursuit to be embraced and accepted as people. June is known as Pride Month, commemorating the 1969 Stonewall Uprising, but let’s fast forward into something a little more current. Last May of 2019, Taiwan legalized gay marriage making it the first country in Asia to allow equal constitutional rights to same-sex couples. It’s clear that whether it’s 1969 or 2019, people are not going to stop fighting for their rights as people. Not as gay people— just as people. And Joshua Su is a living, breathing testament of that.

Joshua Su, also known as The g3sha, is a Singaporean rapper and he has something important to say. Last July, Su stirred the pot and caused mass controversy with his latest release “I’m OK”. The song features his official coming-out narrative along with details of the pain of having nobody to rely on from a young age all in Singapore’s unforgiving and conservative setting. Spoiler alert: it is intense. Here is a snippet:

‘So I prayed to God and asked, what’s wrong with me?

Stereotypes made me insecure

Su released the track accompanied by an emotional music video displaying the rapper’s childhood photos with the powerful gesture of holding his thumb to his index finger creating an “OK” symbol and putting it up to his eye during the chorus. The song was produced by Dudemakesbeats, a fellow rapper and close friend of Su.

Not as Perfect as it Seems: Singapore’s Shadow

Singapore holds a reputation for being a modern state in terms of its economy, culture and technological advancements, but it has its backslides. In an environment so sophisticated and state-of-the-art, social issues take a backseat and homophobia seeps through the cracks. Not only do same-sex couples face discrimination at the hands of their peers, they are also not given basic marital rights even for something as basic as public housing.

It is painfully apparent that the state does not provide the most welcoming energy to individuals in the LGBTQIA+ seeing as homosexual acts are punishable by law. Society, the education system and the media reinforce this by adhering to the government’s wishes and spreading no clarity or support on any gay issues. This leaves a lot of kids confused, isolated and bound to fend for themselves. It’s a long, lonely journey for a struggling homosexual in Singapore. This is exactly Su’s reason for the release of his song: to show the next generation that they are not alone. There is power in the community.

Forced to suppress his feelings under the strict prohibitions of his city-state, Su’s mental health gradually declined, ultimately leading to suicide attempts. Su had his first same-sex experience when he was 12 and out of fear decided to keep his thoughts and feelings to himself. This would last until the age of 27, which he currently is. There was no support available for young Singaporean kids discovering their sexuality, so much so that at one point, Su was not aware of what being gay meant. 15 years of having to hide from himself caused major self-identity issues and depression.

One night, Su took 20 painkillers and mixed them with sleeping pills. The next thing he remembered was his mother bringing him to the hospital. He was kept there overnight and recovered fully over the next few days under the official diagnosis of having “food poisoning”. Su was thankful towards his parents for bringing him out of that darkness while also never asking for his reasons as to why he’d attempt something so distressing.

But the darkest nights hold the brightest stars and now, like the star that he is, Su is spreading a message close and dear to his heart.

Joshua Su is not going to let history repeat itself. With this song, the gay youth now have the representation they need, the representation that many before them never got. His mission is to help listeners understand that they are appreciated and welcomed for who they are, whether gay, straight, bisexual, transgender or queer, what’s most important is to be you.

If you are a member of the LGBTQIA+ in Singapore and need guidance, you may visit https://oogachaga.com/contact. Support is always available.