Rap Against Dictatorship Raps Everything That’s Wrong In Thailand 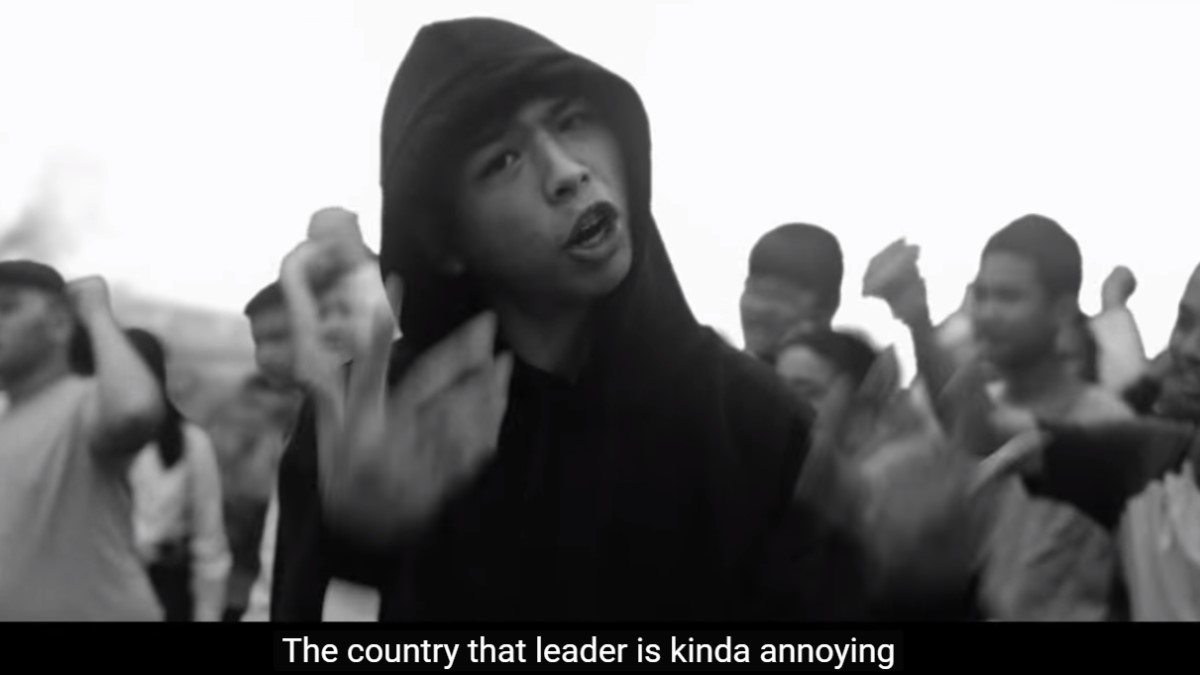 In the later parts of 2018, a rap collective from Thailand called Rap Against Dictatorship (RAD) rose into stratospheric fame when they released their single “Prathet Ku Mee” (translated as “What My F**king Country’s Got). The song became an instant hit, garnering close to 30 million views in just the first two weeks since its music video debuted on YouTube. The anti-junta track obviously draws the public attention and it even raised the interest of Thailand’s own junta leader and current Prime Minister Prayut Chan-o-cha.

The song, which is supposed to be a direct commentary on the junta-run Thai government, makes more sense now than ever considering the fact that the Land of the Free will be holding its first general election since 2014.

The Video in Question

The song “Prathet Ku Mee,” which is now available in popular music streaming platforms (iTunes, Spotify, Amazon, etc.), was first seen on YouTube Oct. 22, 2018. The entire piece was recorded in Thai although enabling the site’s closed caption features would give a translation of the lyrics.

Set in monotonic black and white color theme, the video kicks in with a cymbal crash accompanied with some ominous piano notes between melodic guitar lines.

There are about 10 rappers featured in the song, saying each of their piece one after the other, as if not letting its viewers and listeners to catch some air. The only time that the song gives some moments of repose is during that slick guitar solo. Not really trying to be an expert here, but it’s really kind of fitting, considering the restrictive situation Thais find themselves in for so many years.

Looking closely at each of the line, it’s apparent that RAD is risking their necks here.

Since taking power four years ago, the military junta enforced strict censorship laws which basically prohibit the act of speaking out against the government.

Reports were rife in the past few years revealing the extent of measures that the police and military have taken to quell anti-government sentiments. Clashes between protesters and security forces would often end up with plenty of individuals getting hurt or dead.

As expected, the 10-man group had received some threats of arrests from the police, according to this local news outlet.

Aside from confronting corruption, nepotism, poor government services, etc., the song directly criticizes the military junta which now has its plans to run as a legitimate political party in the coming election.

In a statement cited by The Guardian, Thitinan Pongsudhirak, director of the Institute of Security and International Studies at Chulalongkorn University said that the message of the song could never be more perfect to describe the current political situation in Thailand.

The people, according to Pongsudhirak, are “increasingly fed up and frustrated” with those in power. As if adding more insult to the injury, the government even has to force everyone to keep their sentiments for themselves for such a long time.

As what the political expert fittingly said, this makes for a “combustible situation.” And we dare say that RAD’s “Prathet Ku Mee” could be the spark that would ignite the flame.