US singer/songwriter Billie Eilish bounded around the stage during her performance at the 2021 Global Citizen Live festival at the Great Lawn, Central Park on September 25, 2021 in New York City

A “once-in-a-generation” music event circled the world Saturday, with a slew of megastars taking the stage in New York and beyond for Global Citizen Live — 24 hours of shows across the planet to raise awareness on climate change, vaccine equality and famine.

Between star-studded sets of some of the biggest names in music — including Elton John, BTS, Coldplay, Lizzo, Jennifer Lopez and Billie Eilish — actors, politicians, company executives, royals, actors and activists made appeals or announced donations to tackle major global challenges.

NGO Global Citizen wants one billion trees planted, two billion vaccines delivered to the poorest countries and meals for 41 million people on the brink of starvation.

After the show ended in Paris and handed off to New York, Britain’s Prince Harry and his wife, Meghan Markle, took to the stage to advocate for Covid-19 vaccine access to be treated “as a basic human right.” 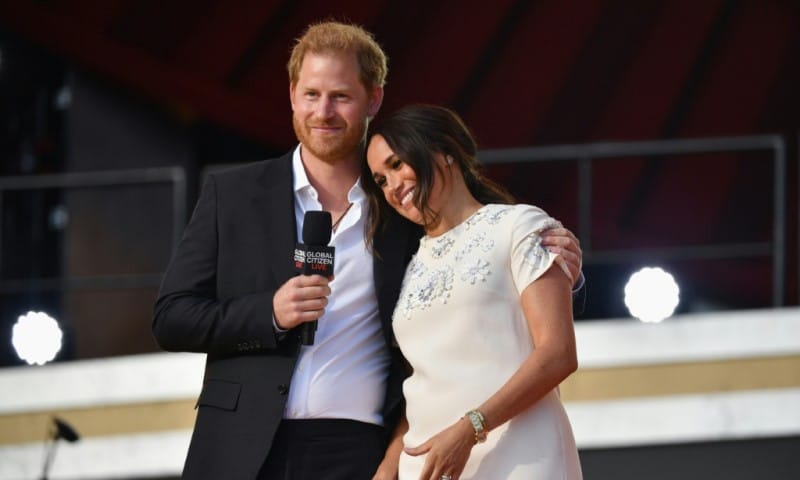 Britain’s Prince Harry and Meghan Markle called for vaccine access to be treated as a human right during the Global Citizen Live festival in Central Park on September 25, 2021 in New York City

“My wife and I believe the way you’re born should not dictate your ability to survive,” the Duke of Sussex said to cheers from the thousands-strong crowd at Central Park.

The Duke and Duchess of Sussex followed pop veteran Cyndi Lauper with a rendition of her “Girls Just Want to Have Fun” dedicated to Afghan women.

As night fell, the crowd swelled and attendees roared for shows from headliners, including Eilish, who bounded around the stage in her staple T-shirt and shorts ensemble.

Between sets, funding announcements poured in and calls to action were hammered home, even from the International Space Station.

USAID Administrator Samantha Power announced in a recorded message the United States would “contribute more than $295 million to countries around the world to stave off famine and extreme hunger, confront gender-based violence and address the urgent humanitarian needs the Covid-19 pandemic is leaving in its wake.”

“Charity alone… will never be sufficient to end extreme poverty or tackle climate change,” he said.

“The actions of a movement of people is needed to drive lasting change.” 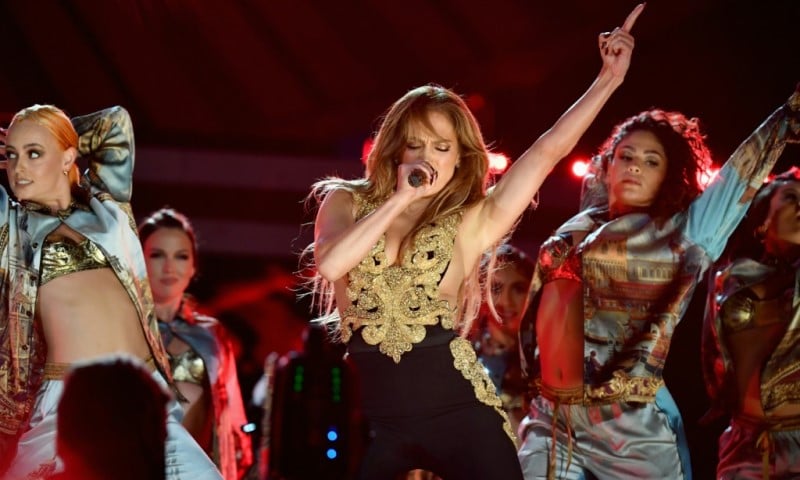 US singer Jennifer Lopez performed at the 2021 Global Citizen Live festival at the Great Lawn, Central Park on September 25, 2021 in New York City

After an appearance by renowned 92-year-old American biologist Edward O. Wilson, the show moved to Los Angeles, opened by pop band 5 Seconds of Summer at the Greek Theatre in Los Angeles, with Demi Lovato, Adam Lambert and Stevie Wonder, among others, also billed.

Lead vocalist Luke Hemmings celebrated being in their first concert in almost two years “and for an honorable cause.”

“This is an amazing thing to witness and be part of.”

The broadcast on social media opened with a pre-recorded performance by pop superstars BTS in Seoul before the show kicked off in Paris with Elton John.

People cheer as Coldplay perform during the 2021 Global Citizen Live festival at the Great Lawn, Central Park on September 25, 2021 in New York City

The “Rocketman” performed hits including “Tiny Dancer” and “Your Song” in front of the Eiffel Tower in a dazzling green suit.

“No one should be left behind,” said the 74-year-old pop legend, who appeared despite a hip injury that forced him to cancel the rest of his tour dates this year.

Ed Sheeran was the headliner in Paris alongside Black Eyed Peas and Stormzy. 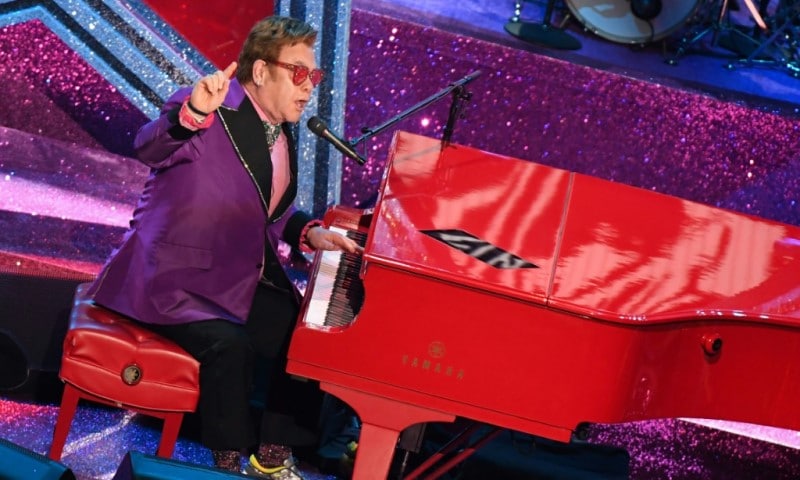 This week’s comeback gig by The Fugees in New York — their first in 15 years — was also billed as part of the event.

Global Citizen has been behind other high-profile charity events, including a concert earlier this year that called for global Covid-19 vaccinations. 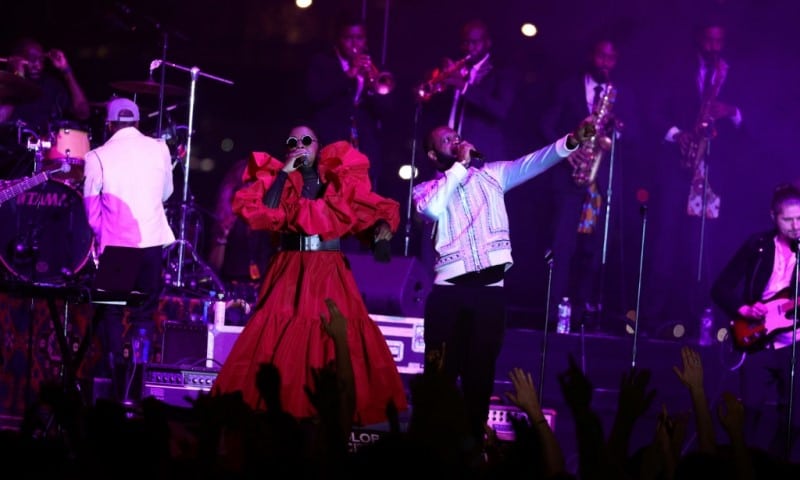 The Fugees perform on September 22, 2021 for Global Citizen, kicking off a world tour that marks 25 years since their seminal album ‘The Score’

The organization describes itself as a movement with a mission to end extreme poverty by 2030.

Its app uses incentives such as concert tickets to encourage users into pressuring governments on issues around sustainability and equality. 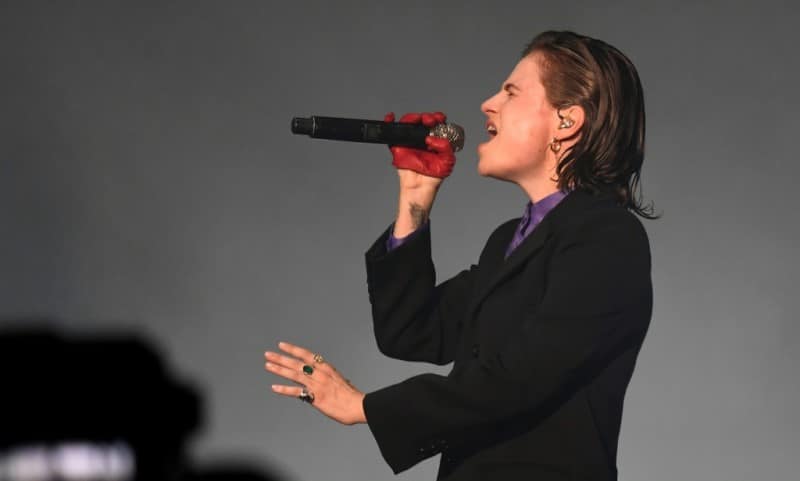 French singer Heloise Letissier, aka Chris or Christine and the Queens performed in Paris for the ‘Global Citizen Live’ concert

“We now face a two-track pandemic of haves and have-nots,” he said ahead of the event.

“We cannot disregard this gross inequity or become complacent.”