Things You Got Wrong About Japan Because Of Anime

Not everything on TV or Netflix is real, guys.

If you have been watching anime since childhood, you probably have several images of the country burnt to a crisp at the center of your imagination, fed by all that anime – especially the classics, or the ones that have been around since the 1980s and the 1990s.

Well, it’s time that we debunked some of the myths associated with Japanese culture that may have been due to your exposure to anime from this country.

In anime, we often see characters noshing on modest portions of meat, lots of fish, vegetables, soups, and noodles – lots and lots of noodles! In fact, Dragon Ball Z wouldn’t be the same without Son Goku eating bowls of noodles because he was so super-human, and super-famished, too. But how true is this?

Like other Asian countries, Japan definitely has its share of healthy food items. Often these items are available at home (as home cooking) or in some restaurants where they’re offered by the owners. 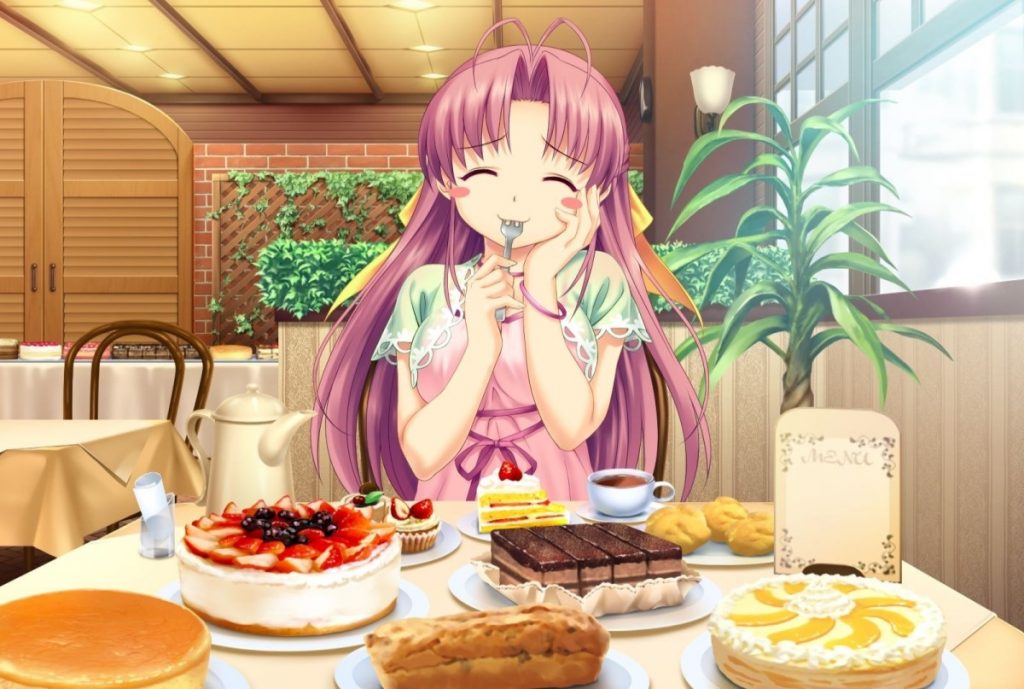 But when you go out for quick bites and enter popular fast food joints, don’t expect steamy, warm meals filled with vegetables and fat-melting properties.
You will encounter lots of fried food, cholesterol-laden fried chicken, mayonnaise, and other things that will go directly to your thighs. Be realistic on your foodie trip to Japan.

Myth # 2: Japan is a catch basin for all things weird and bizarre, and Japanese people will “understand and love you” no matter what.

This is a massive myth and sort of unfair to the Japanese people as well.

Think about it: just because anime came from Japan, some people assume that they can bring their waifus to Japan and expect big warm hugs from the people, even though the majority of the people that they meet back at home freak out. Even modern Japan isn’t this way.

So our advice to first-time travelers who have some “Japan-inspired” tendencies that may not be Japan-inspired at all, but completely just anime-inspired: tread lightly.

Again, a myth. Japan might have the most hardcore technologies for personal computing, Big Data, and what not, but they’re still pretty mired with physical paperwork. 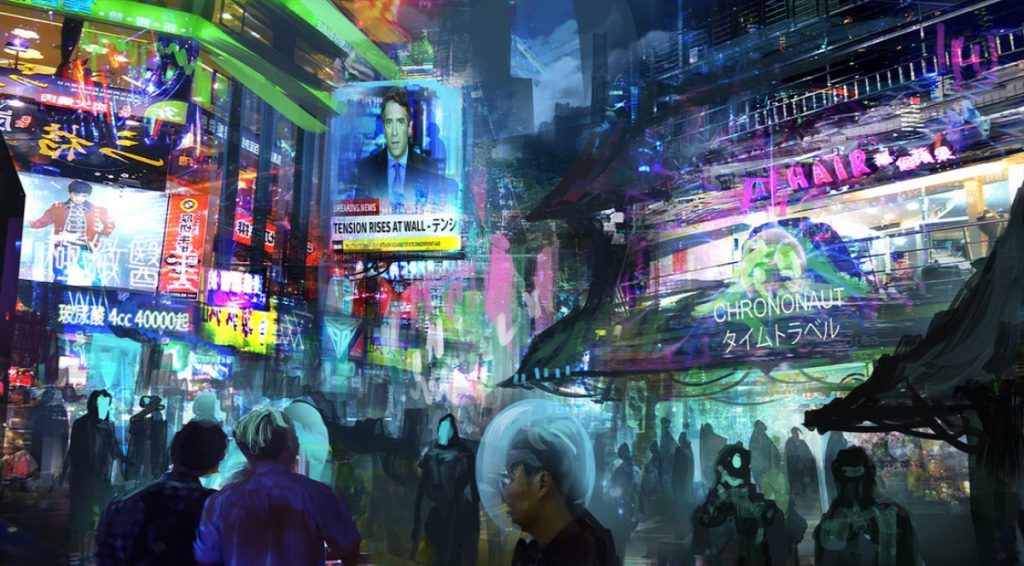 Paperwork, paperwork everywhere. If you want to live here, you have to physically go to offices, set an appointment, come back before your appointed time so they can entertain you, fill up forms… You get the idea.

So no matter how swash-buckling technology gets in Japanese anime, the real Japan is more reminiscent of other Asian countries in the mid-nineties – struggling with conventional ways of doing things, and embracing technology.

You may have guessed that Japan is not short of amazing markets which offer a wide array of choices to its visitors. This guide will tell you everything you need to know about the Kuromon Market

A Vietnamese environmental activist was beaten in prison for refusing to confess his crimes, his wife told AFP Friday in the one-party communist state notorious for jailing critics.

A Danish newspaper refused to apologize to China on Tuesday over a satirical cartoon it ran about the deadly new virus that has killed dozens and infected thousands more.

China: Some Children are Learning to Code Before Even Entering Primary School

Wearing a pair of black-rimmed glasses and a red T-shirt, an eight-year-old Chinese boy is logged in for an online coding lesson – as the teacher.

Myanmar’s Bozhena Antoniyar had to side-step conservative parents to take up bare-knuckle fighting, but her stealth paid off on her MMA debut when she knocked out her opponent in a record 24 seconds.

The Importance of Pet Fair Asia 2019

Most Iconic Street Foods In Japan

A coined Visayan word that meant knock and appeal, the word is smattered with blood by the Philippines Drug War.

Australian pop hit “Dance Monkey” is topping global charts and has spent a record 16 weeks at number one Down Under, propelling teenager Toni Watson from busking obscurity to instant fame.

Ashin Wirathu and the Fires of Ethnic Hate

When does Buddhism cease to be a religion of peace, and becomes a fuse for ethnic cleansing?

These Businesses are Booming in the Coronavirus Economy

The coronavirus pandemic has sent stock markets into freefall and industries to the wall, however many firms enabling more private, online and tech-based living are emerging as potential winners.

Telecommute is a Hard Sell for Office-Bound Japan

The longstanding stereotype of Japan’s office-bound “salaryman” is being tested as companies cautiously embrace working from home in a bid to stem the spread of the coronavirus.

As it has been with the rest of the world, regional Governments in Asia are hard at work in bringing down and preventing the spread of fake news in their respective constituencies.

Afghans took to social media Monday to celebrate a rare piece of good news for the war-torn country, after a film about girls skateboarding took home an Oscar for best documentary short at the Academy Awards.

The Hunt for Manny Pacquiao 2.0 in the Boxing Obsessed Philippines

In the boxing-obsessed Philippines, scores of young fighters dream of becoming the next Manny Pacquiao, but it takes a sharp eye and vast experience to pick out a potential world champion.

Hong Kong Gamers Made Their Own Protests Video Game

A group of Hong Kong activists have developed a homemade computer game that uses virtual reality to recreate what it is like to take part in pro-democracy protests sweeping the financial hub.

Twenty-two Rohingya Muslims trying to escape one of Myanmar’s camps by boat were arrested after they were forced ashore by their leaking vessel, local police said Friday.

Singapore Aids the Philippines in its Wildlife Preservation

The Philippines and Singapore have come to an agreement that could save the former’s national identity.

President Rodrigo Duterte has signed the anti-Bastos bill into law, which aims to punish acts of sexism such as catcalling

With chronic face mask shortages in the midst of a virus outbreak, Hong Kongers have started making their own — with a pop-up production line and seamstresses churning them out on sewing machines.

From lab-grown “seafood” to dumplings made with tropical fruit instead of pork, rising demand for sustainable meat alternatives in Asia is spawning creative products to appeal to local palates.

The number of ultra-wealthy individuals dipped in China this year, a report said Thursday, as the government seeks to rebalance the economy and tackle high levels of toxic debt.

Angry Chinese social media users are demanding answers after news circulated that a university student who spent less than a dollar a day on food had died despite raising thousands of dollars in donations.

Thailand has plans of contributing to a booming worldwide industry

The Rundown: All about India

Visiting India? Here Are the Things You Need to Know About the Land Of Snake Charmers

A South Korean golfer has been suspended for three years for sticking up his middle finger at the crowd over a cellphone camera noise, the Korea Professional Golfers’ Association (KPGA) said Tuesday.

Bleak or Bright: The Future of Maria Ressa

Get to know who Maria Ressa is, the most controversial and talked- about journalist in the Philippines and the future that awaits her

Netflix recently released a wonderful coming of age film entitled 37 seconds which centers on a Japanese artist’s struggle with cerebral palsy. The movie beautifully tells a realistic tale of a person with disability filled with elements of compassion, empathy, and humanism.

Augmented reality has all the makings of a disruptive technology that will create waves in almost every industry.

Taiwan has expelled a Chinese tourist for damaging a “Lennon Wall” that was put up in support of Hong Kong’s democracy movement, a move likely to irk Beijing.

At a sprawling rehabilitation centre on the outskirts of Kabul, dozens of dazed-looking drug addicts clamber out of police buses and shuffle toward the facility.

Reality Show ‘The Day I Ran China’ A Hit Worldwide

Discovery’s new show “The Day I Ran China” allows international business apprentices to experience China’s unique industries for themselves. Take a look at how the show presents a deeper understanding into the culture, workmanship, and challenges of Today’s China.

A Japanese doctor whose long career was dedicated to helping some of Afghanistan’s poorest people was among six people killed Wednesday in an attack in the east of the country, officials said.

Karaoke World Championships Debut in Japan for the First Time

In a figure-hugging sparkly dress, Val Monique tears around the stage, whipping up the crowd as she channels her inner Tina Turner and belts out “Proud Mary.”

The Rundown: All about China

With thousands of years of history, China has become one of the most fascinating countries to study. From its dynasties, culture, and wildlife, here’s everything you need to know about the Land of Dragons.

The school on the outskirts of Istanbul is a rare place where Uighur child refugees from China can study their language and culture.

French luxury goods maker Hermes said Thursday that its sales accelerated in the third quarter thanks in particular to China despite the unrest in Hong Kong.