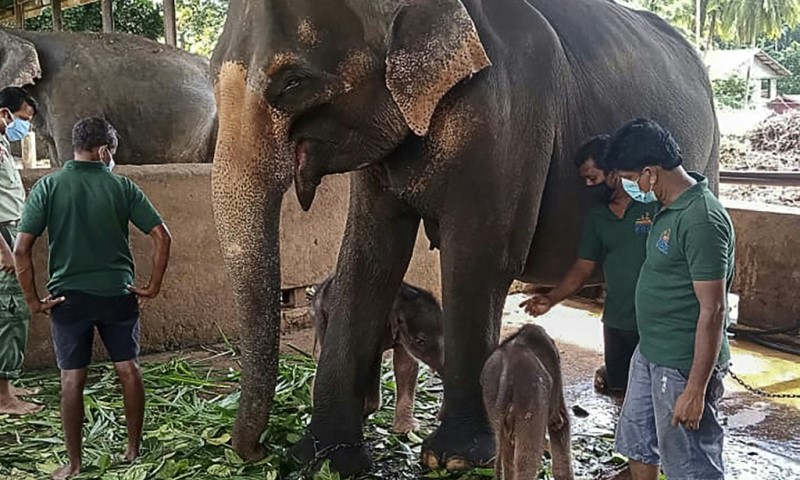 Elephants are considered sacred in Sri Lanka and their capture in the wild is illegal, but many people own the animals under special permits as a symbol of wealth.

Criminal investigators in 2015 seized at least 13 baby elephants stolen from wildlife parks, including by a Buddhist monk.

But in a controversial twist this week, the police Criminal Investigations Department secured an order from a Colombo court to return them to the alleged captors.

The CID told the court that new regulations on tamed elephants allowed owners to register their pets with wildlife authorities.

Six elephants were taken away from the Pinnawala orphanage chained up and moved in trucks, while another seven were returned from a home in the south of the island.

Another elephant that a court said was given by President Gotabaya Rajapaksa to the orphanage six years ago was also returned.

Rajapaksa sent two baby elephants to the orphanage in January 2015, before he was head of state, reportedly saying he could not afford to maintain them.

One female, Charika, was returned to the president’s custody on Thursday, but a second, Charaka, remains at Pinnawala, an official told AFP.

Asian elephant expert Jayantha Jayewardene said he was appalled by the return of the stolen elephants, describing it as a “jumbo step back for animal welfare”.

“I am very disappointed,” Jayewardene told AFP. “This will only encourage the illegal capture of baby elephants from our national parks.”

The transfer of the elephants from Pinnawala, about 80 kilometers (50 miles) east of Colombo, was an “emotional moment” for their carers, an official said.

“These animals are not used to traveling by truck and they were very reluctant to get into the vehicles,” they said.

The return of the animals from the orphanage comes just a few weeks after it announced a rare birth of elephant twins in August — the first in Sri Lanka in 80 years.

Poachers usually kill the mother to snatch the young, he added.