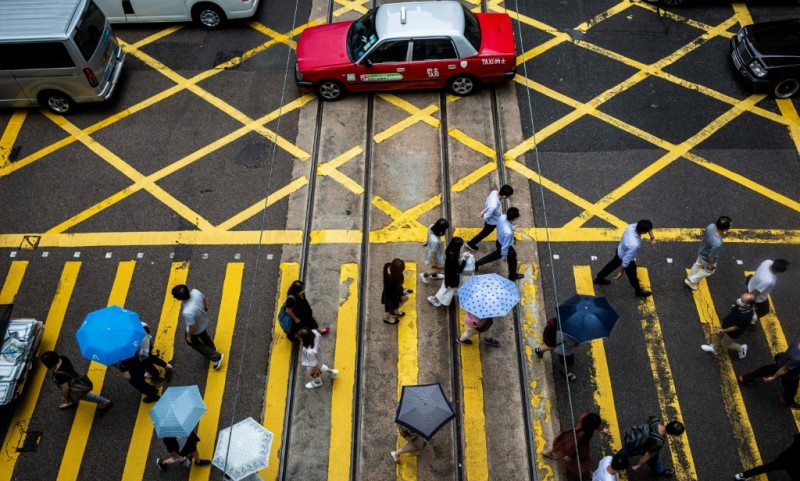 District councilors, the only people Hong Kongers can fully elect with universal suffrage must now swear a loyalty oath

Dozens of local community politicians in Hong Kong swore a newly required loyalty oath to China on Friday after hundreds of their colleagues quit in protest as authorities try to purge the city of “unpatriotic” elements.

District councils are the only political office in Hong Kong where all seats are directly elected by residents.

They deal with bread and butter local issues like bus routes, trash collection and playgrounds. But they have also become a symbol of residents’ urge for a greater say in how their city is run.

In late 2019, towards the end of months of huge democracy protests, opposition candidates critical of China’s rule won a landslide, hammering pro-government candidates.

China has since responded with a crackdown on dissent as well as an overhaul of the city’s political system that reduces the number of directly elected officials and vets politicians for their perceived patriotism.

Twenty-five councilors were told to take their oaths in a closed-door ceremony on Friday, but only 24 of them attended the event.

In a Facebook post published shortly before the ceremony, pro-democracy councilor Peter Choi said he “couldn’t compromise and pledge allegiance to a regime that does not value the people”.

“From standing for the elections to entering the council, my objective was to monitor the government, not bearing allegiance to the regime,” wrote Choi, who didn’t show up at the ceremony and has been unseated with immediate effect.

Similar ceremonies have been held for other sectors, including civil servants, government officials and lawmakers.

However, those who swear allegiance can still be disqualified.

On Friday evening, the government issued a statement saying that it has doubts on the validity of seven councilors’ oaths and has requested more information from them to decide whether their pledges are valid.

The seven are from the pro-democracy camp, including two councilors who are facing national security charges and are currently on bail.

Under the new rules imposed by Beijing earlier this year, a national security committee can disqualify anyone deemed an “anti-China” element or disloyal.

“If we have doubts on certain councilors’ oath-taking and could not completely trust whether they have pledged loyalty and allegiance, we will give them the opportunity to explain… If their oaths are invalid in the end, they will be disqualified,” Chief Executive Carrie Lam said earlier this week.

Some 180 district councilors are expected to take oaths in the coming weeks and those who refuse to attend will lose their seats.

However, a majority of the elected district councilors have simply quit rather than adhere to the vetting process.

“It (oath-taking) has become the regime’s tool to keep you on a leash,” former district councillor Debbie Chan, who resigned in July, told AFP.

“They want to eliminate the pro-democracy camp in Hong Kong.”

Since the 2019 protests, China has imposed a national security law that has criminalized much dissent and began remolding Hong Kong in its own authoritarian image.

Several district councilors are among the more than 60 people who have been charged with national security crimes, the vast majority for their political views.

In the latest prosecution, three leading members of the group behind Hong Kong’s annual Tiananmen vigils appeared in court on Friday.

A day earlier, police raided a museum they ran dedicated to the victims of Beijing’s deadly 1989 crackdown.

The three leaders were hit with a subversion charge after they refused to cooperate with a national security investigation.

Writing on Facebook before her court appearance, barrister Chow Hang-tung, one of those charged, struck a defiant tone.

“If they have written the script to eliminate our freedom, then obedience and cooperation will only help them reach their goal quicker and easier,” she wrote.

In court, she told the judge the charges were “absurd”.

National security crimes carry up to life in prison and the majority are denied bail until trial.