The Skincare Brand Celebrities Actually Use 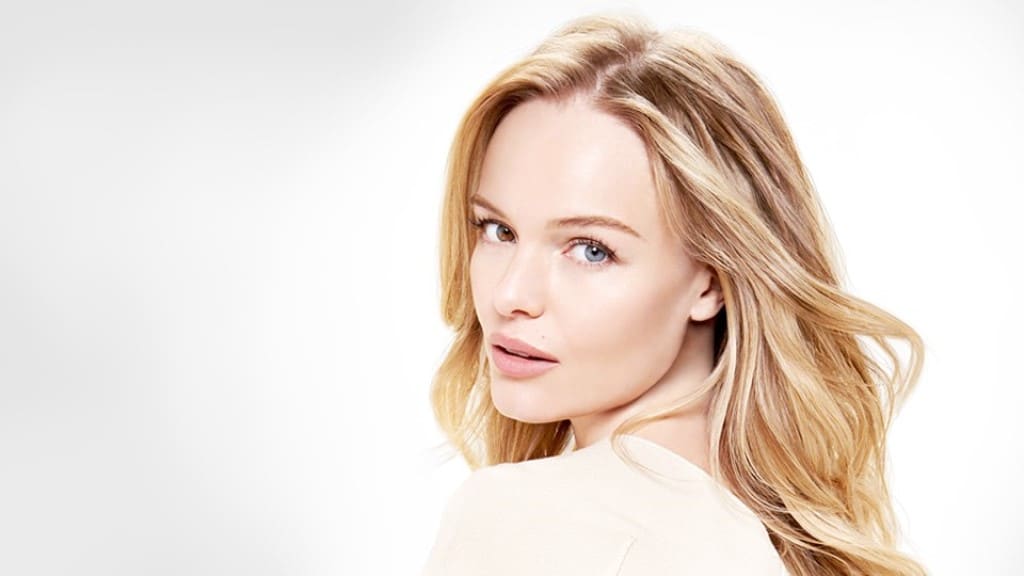 All of our picks are independently selected and curated by the editorial team. If you buy something through our retail links, we may earn a commission.

Your favorite celebrities aren’t born with great skin. It actually takes a lot of work. We’ve sort through thousands of products and found out their secret to glowing skin. Ready to find out?

Celebrities are always in the limelight, so it’s a must to always have skin that glows from the inside. While some celebs may attribute their amazing skin to healthy habits such as eating vegetables and chugging gallons of water, we think it’s BS.

It is no secret that Japan is a pioneer in technological advancements. One of the most popular skincare brands in the country that is gaining popularity in all corners of the world, SK-II will help you achieve radiant celebrity-looking skin.

People always hear about the Korean skincare routine, but this Japanese skincare brand also deserves your attention. Since the 70s, SK-II scientists and researchers have been making an effort to bring people the wonder skincare ingredient that would solve all their skin woes.

Their research led them to explore hot spring waters and Chinese herbs to no avail. They didn’t know the secret that eluded them for such a long time can be found in the most unexpected of places – in sake breweries.

Scientists at SK-II were shocked when they took a glimpse at the youthful hands of older brewers, which seemed as if it was suspended in time. This inspired the scientists to uncover the secret which blessed the brewers’ hands despite their exhausting work. After carefully examining more than 300 yeast strains, they finally found the one.

If you’ve never heard of Pitera before, don’t worry. You are not alone. It’s a shame many people in the world aren’t familiar with the holy-grail ingredient that will transform their skin.

But what’s the fuss in Pitera that literally made John Legend sing praises about it? Pitera is a clear liquid loaded with tons of organic acids, amino acids, vitamins, and minerals that are great for the skin. This liquid derived from fermentation process is the key to skin rejuvenation thanks to its similarity to the skin’s natural moisturizing factors.

With Pitera, your skin will be soft, smooth, and radiant in no time. It’s like an all-in-one product that maintains skin moisture, treats uneven skin texture, removes excess buildup of dead skin cells, and conditions the skin to look crystal clear. 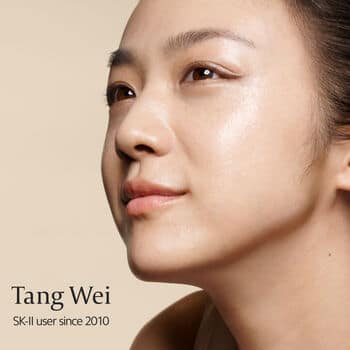 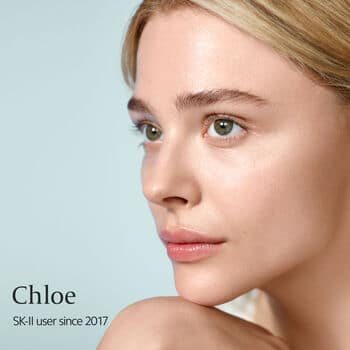 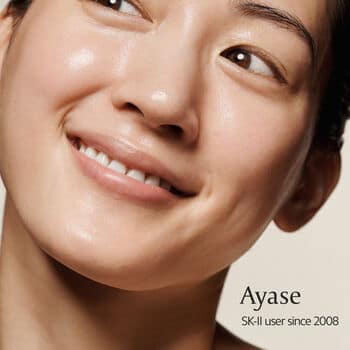 Flawless skin will always be in. Get to know the products that give celebrities their distinct spotlight-ready glow.

If there’s one Hollywood star you should ask about glorious aging, it’s Kate Bosworth. In an interview with Into the Gloss, the Blue Crush star revealed that she absolutely loves the SK-II Brightening Source Derm Revival Mask.

“You get this high-concentration of an active ingredient that saturates the cotton and you put it on your face. I put my masks in the refrigerator, so it can take away even more inflammation. It tightens, it brightens—it makes my face look like it’s had a good night’s sleep, when I could have had no sleep. It’s the best quick fix I’ve come across for skin,” said Bosworth, adding that this mask would be so fun to do with your friends because you’d all look crazy (in a good way!)

This radiance-enhancing mask will be your next go-to product if you have a big day coming up. It instantly makes your skin look lively thanks to its high concentration of brightening ingredients. Plus, it also gets rid of pesky dark spots caused by UV rays.

You’ll definitely love its luxurious serum formula that absorbs easily on your skin. With this mask, you’d feel as if you just got out of a spa.

The SK-II Facial Treatment essence is so good even Hit-Girl loves it! Just like regular teens, Chloë Grace Moretz has struggled with cystic acne during her teenage years which affected her self-confidence.

“I think what people don’t talk about is the psychological element to having skin problems, and that was the hardest thing for me. It strips your self-confidence in a lot of ways; you know you can’t hide from it at all, and you lose a little piece of yourself. When I was younger, I lost a piece of myself by being so self-obsessed with my skin blemishes or what people thought about them,” she confessed.

This experience taught her a skincare secret – breaking down her routine to the absolute basics. In fact, she doesn’t even use products she can’t pronounce.

Dubbed as miracle water, the SK-II Facial Treatment Essence has been bagging awards for close to four decades. It gives your skin improved appearance by preventing dark spots and improving its texture.

It is also a must-have for people dealing with fine lines and wrinkles because it plumps up your skin, and improves its firmness by boosting its moisture retention quality.

Glee star Diana Agron revealed to Vogue that she uses SK-II to prepare for major roles. Even though Glee is over, the sought-after actress still thinks that prioritizing her skin is something she should always do especially because she is known for playing younger roles despite being 30-something.

“I start with a good cleanser, and I always take everything off. I wasn’t always so diligent. You don’t realize if you put makeup on, you can’t just give it a light scrub. You’ll find there’s still makeup left behind, so be really thorough. It’s about being persistent. You want immediacy, and the good thing about these products is that you do see an immediate change, but it’s also about maintaining,” she stated.

Agron revealed in a Vogue video that she loves using the SK-II Facial Treatment Clear Lotion to get rid of impurities in her skin. Thanks to its Alpha Hydroxy Acids, this face toner makes her skin more glowing and smoother. It’s also very light so it penetrates your skin faster.

Other Products You Need to Try

The secret of James Corden, Naomi Watanabe, Tang Wei, and Behati Prinsloo to achieve great skin is a secret no more. Get to know other SK-II products that will make your skin look better than ever.

If you’re a true skincare fanatic, you may already know that the sun is your skin’s worst enemy. Even if you put on sunscreen every single day, sun exposure will still find its way to damage your skin. This can manifest through dull complexion and dark spots.

Repairing sun damage is as important as protecting your skin from UV rays. Your skin will thank you for investing in the SK-II GenOptics Aura Essence Serum. This product is loaded with ingredients such as Prunus extract and Inositol, which helps bring back your skin’s clarity. When these products merge with Pitera, it turns into a very effective formula that will unveil your skin’s natural glow.

Want to perk up your tired aura? If so, this cream is the one for you. Perfect for both men and women who are on-the-go, this product will allow you to rediscover your youthfulness in a brand new light.

Aging is inevitable. However, it doesn’t mean you should delay its signs. The SK-II R.N.A. POWER Radical New Age Cream will supercharge your skin and get rid of wrinkles and fine lines, and bright back your skin’s elasticity. Just a swipe of this velvety cream is enough to make you feel the intense hydration it gives. 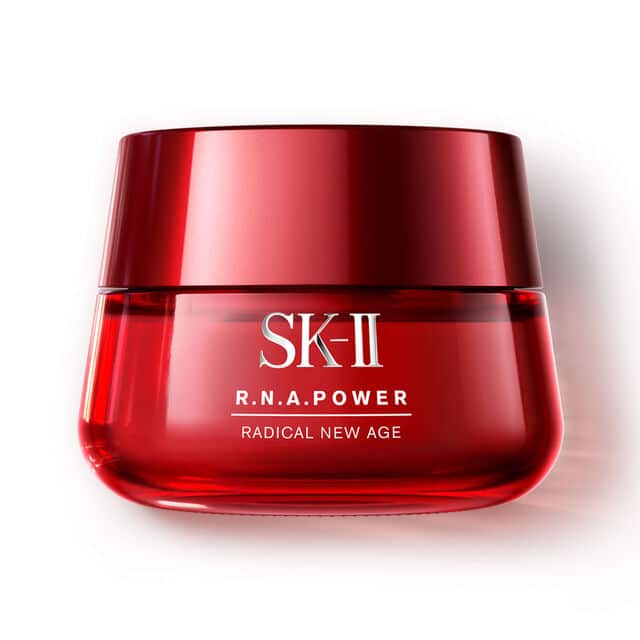 Get the Best Skin with SK-II

One of the most trusted skincare brands in Asia, SK-II prides itself on being at the forefront of technology advancement. The best part is, the products mentioned above are meant for all skin types. This makes it the perfect choice for those struggling with tons of skin issues.

Although this high-end brand is quite pricey, it’s better to spend money on a one-time deal rather than splurge in tons of subpar products that don’t deliver results. Once you take the plunge to SK-II, you’ll be surprised at how much confidence you will gain when you achieve clear, glowing, and moisturized skin.

All of our picks are independently selected and curated by the editorial team. If you buy something through our retail links, we may earn a commission.