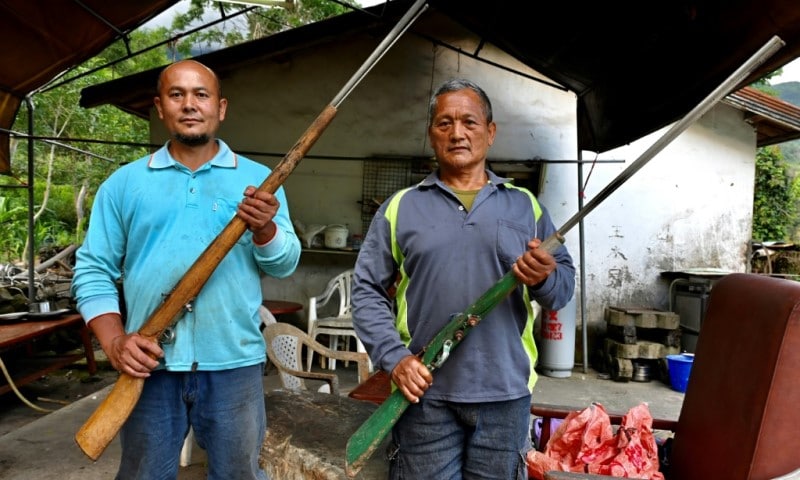 A Taiwanese Indigenous hunter facing jail for killing protected animals was granted a rare presidential pardon on Thursday, a gesture that followed an unfavourable court ruling in his long-running case.

Tama Talum, a member of the Bunun tribe, was arrested in 2013 for killing two protected species with a modified rifle and sentenced to 3.5 years in prison.

The verdict caused anger within Indigenous communities and sparked a legal battle that went all the way to Taiwan’s top court.

President Tsai Ing-wen’s office said Talum was being granted the first pardon since she took office five years ago “out of respect for Indigenous people’s traditions”.

“Talum violated relevant laws for hunting wild animals but the president took into consideration that he went hunting for food for an ailing family member,” the statement said.

Talum, 62, described the pardon as “a good thing for me personally”.

“But there is no progress on the whole issue and hunting is still a crime,” he told AFP.

“I’m worried that there could be a second or third Talum and I hope the government can amend relevant laws.”

Talum has long argued he was following tribal customs that should be protected and was hunting the animals for his elderly mother who was used to eating wild game.

His prosecution pitted activists against both conservationists and a legal system that Talum’s supporters argue has long discriminated against Indigenous culture and customs.

This month, Taiwan’s Constitutional Court ruled some hunting restrictions placed on the Indigenous inhabitants were unconstitutional.

But it stopped short of supporting the complete overhaul of regulations that campaigners had pushed for.

The ruling meant Talum’s conviction remained and he had been due to return to another court for final sentencing. But Tsai’s pardon now stops that process.

Hunting restrictions have become a bone of contention among Taiwan’s Indigenous communities, who have long felt marginalised and discriminated against by the Han Chinese majority that first began arriving in the 17th century.

Austronesian in ethnicity, culture and language, they now make up only 2.5 percent of Taiwan’s 23 million population.

Under current regulations, Indigenous communities are only allowed to hunt with homemade rifles during certain festival days and only with prior approval from authorities.

Activists say homemade rifles are dangerous and argue that the restrictions impede on the subsistence hunting traditions their communities have practised for centuries.

Taiwan has morphed into one of Asia’s most progressive democracies in recent decades and there is growing recognition that past wrongs must be righted.

In 2016, Tsai — Taiwan’s first leader with some Indigenous heritage — delivered a landmark apology for how the island’s governments had treated aboriginal communities.

While Taiwanese presidents have the power to pardon crimes, it is rarely exercised.