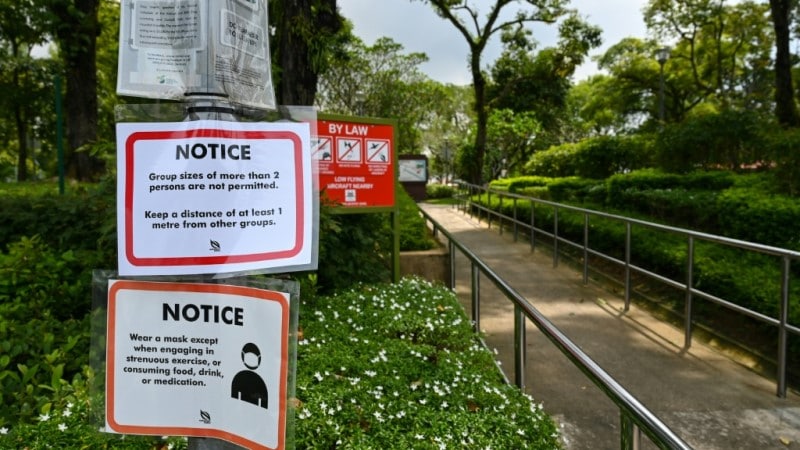 Singapore has had a relatively mild outbreak, reporting around 61,700 cases, has taken a tough stand against violations of virus restrictions

Nine Britons have been banned from working in Singapore after breaking coronavirus rules by partying on a yacht in swimwear and Santa hats, reports said Thursday.

Images of last year’s Boxing Day festivities on the vessel went viral on social media, sparking fury from Singaporeans and prompting authorities to launch an investigation.

At that time, gatherings outside the home were limited to only five people under curbs to prevent the spread of the virus.

The labor ministry announced Thursday that eight Britons from the party — five men and three women — had been permanently banned from working in Singapore, broadcaster CNA and newspaper the Straits Times reported.

Another British woman who took part in the festivities had already been banned in March from working in the city-state, which has a large foreign population.

Eight of the Britons also pleaded guilty Thursday to exceeding the maximum limit on group sizes and were each fined Sg$3,000 ($2,250), reports said.

The ministry did not immediately respond to requests for confirmation.

The city-state — which has had a relatively mild outbreak, reporting around 61,700 cases and 31 deaths — has taken a tough stand against violations of virus restrictions.

In June last year, four British men were banned from working in Singapore after going on a pub crawl in a breach of curbs.