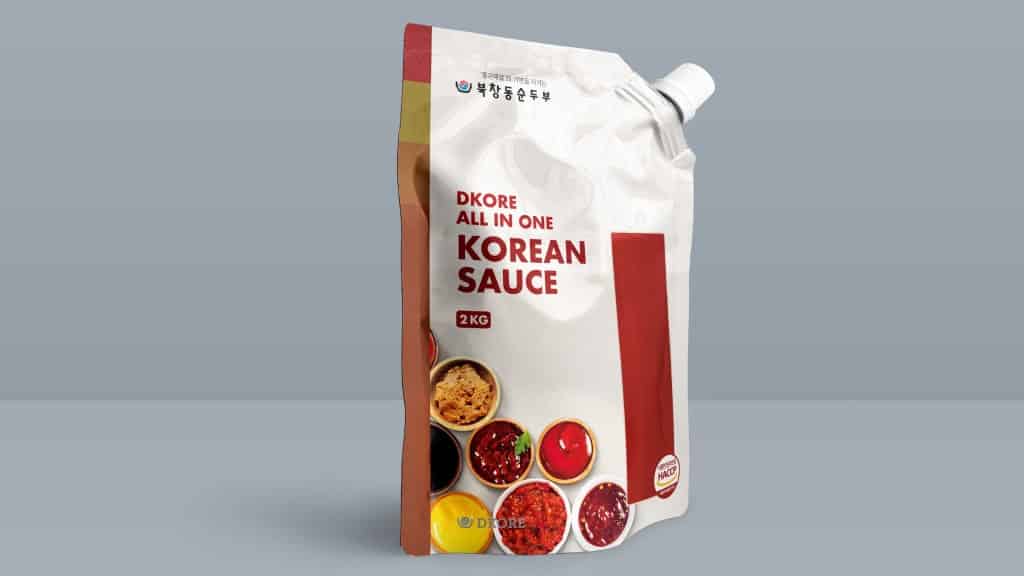 by Breaking Asia
Say hello to a delicious All-in-one Korean sauce that features the essential dips and components combined, forming a new creation exploding with flavor

Bukchangdong Soondubu is a popular Korean restaurant scattered along the streets of Seoul, South Korea. Beginning in 2001, the store has made quite a name for itself now opened in over 75 branches in the country. The place is known for having authentic, reliable and delicious Korean food, even serving the best soondubu jjigae, also known as soft tofu stew, to its customers.

The company that owns the franchise is Dkore, and saying that they know their Korean cuisine is an understatement. Showing us the full complexities of the palate, Dkore released an all-in-one Korean sauce and it’s making waves worldwide.

The all-in-one sauce was created for many purposes. Yes, Dkore wants to elevate Korean sauces by introducing this mixture and giving people more tasteful eating experiences. But there’s more to that. The sauce is intended to be shipped overseas in an effort to globalize Korean food and promote Korean culture. Ah, how beautiful it is when food brings people together.

The all-in-one Korean sauce is a combination of four types of sauces all widely reputable and loved in the cuisine: kimchi sauce, soybean paste sauce, beef bone stock sauce, and red pepper sauce. The concoction proves to be enjoyable to people whether they are acquainted with the cuisine or not— as newbies get to dive into the fundamental flavors in one sitting and traditional Korean food lovers now have a convenient source of all their favorite ingredients.

Kimchi sauce is used for making kimchi fried rice or kimchi stew, as well as other recipes while red pepper sauce is used to make spicy tofu stew. Soybean paste sauce is needed for miso soup and beef bone stock sauce is present in hotpots for flavoring. With this new all-in-one discovery, why not incorporate this one component into all these dishes, adding their essential ingredients with extra kicks along the way? The possibilities are endless! Convenience never tasted so good.