As Thousands Flee Afghanistan, Some Refugees Want to Go Back 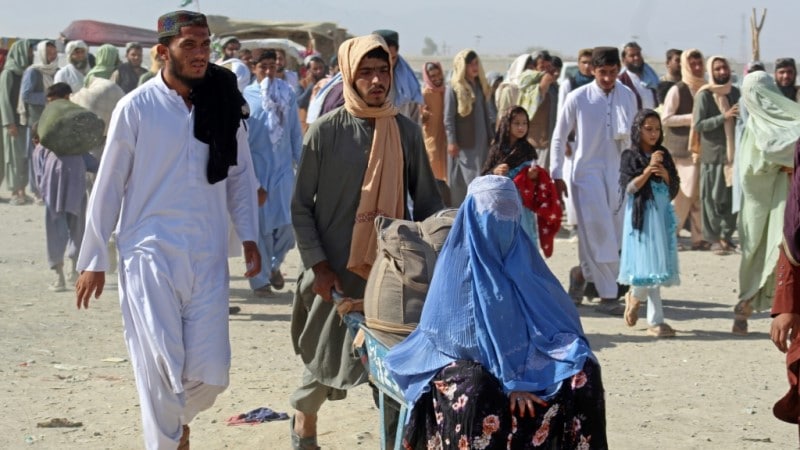 From trucks stuffed with carpets, bedding, clothes and even goats, around 200 Afghan refugees look beyond the horizon toward Spin Boldak in their country’s south, waiting to return home from Pakistan.

Dreading another period of harsh rule after the Taliban’s rapid takeover following the US troop withdrawal, thousands have been desperately trying to flee Afghanistan, with chaotic images emerging from the Kabul airport.

But some families want to repatriate to their homeland, saying the Taliban will bring stability to the war-torn nation.

“We emigrated from Afghanistan during bombing and hardships, when Muslims were in trouble, now, praise be to Allah, the situation is normal, so we are returning to Afghanistan,” Molavi Shaib told AFP while waiting at the border. 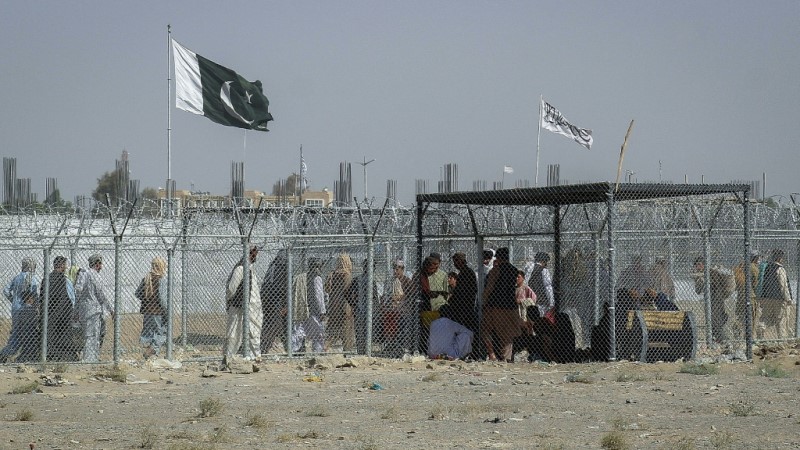 Some Afghan families want to repatriate to their homeland, saying the Taliban will bring stability to the war-torn nation

As scores try to escape Taliban rule, Pakistan has ramped up security at the border, making the process more stringent.

“People want to return but they are not allowed to cross, we request the Pakistani government to allow us to cross the border because there’s no war, and peace has been established,” Muhammad Nabi said.

“We have our household with women and kids waiting — we want them to cross the border.”

Pakistan has housed over two million Afghan refugees since the first wave of war broke out in Afghanistan over 40 years ago, with numbers fluctuating based on the conflict’s intensity, but the country has said it is not in a position to take in any more.

Displaced Afghans have long complained about feeling unwelcome with little access to employment and citizenship rights.

Many have become pawns in a diplomatic blame-game between the countries, which have accused each other of aiding militant groups. Islamabad has long been seen as protecting the Taliban and could be one of the few governments with close ties to the new regime in Kabul.

Better to go Back

With dust blowing over their belongings and children squeezed in between the furniture, dozens of trucks are parked in Chaman’s barren fields, as returnees complete document checks and wait for their crossing to be approved.

On the back of one truck, a teenage boy holds a baby, surrounded by a hodgepodge of household goods including a bucket, a bed and a bicycle. Another boy sits next to him on a yellow cushion while a white goat can be seen milling about between them.

The returnees say they will have better lives in Afghanistan.

“I am returning to Ghazni, now peace has been established and we are happy that we are returning back to our home. It’s much better to go back and settle there,” Wali Ur Rahman told AFP.

His words are a jarring contrast to the images from Kabul airport where people have clung to the exterior of planes and at least one person has fallen to their death off a departing jet.

Many of those trying to get out of Afghanistan fear reprisals from the Taliban after working for foreign governments that fought the militants during the 20-year war.

But Nabi told AFP he was confident the end of the conflict would bring a brighter future.

“We migrated here to Pakistan because of the ongoing war in Afghanistan, now peace has been established,” he said.