Two Injured in Acid Attack at Station in Tokyo 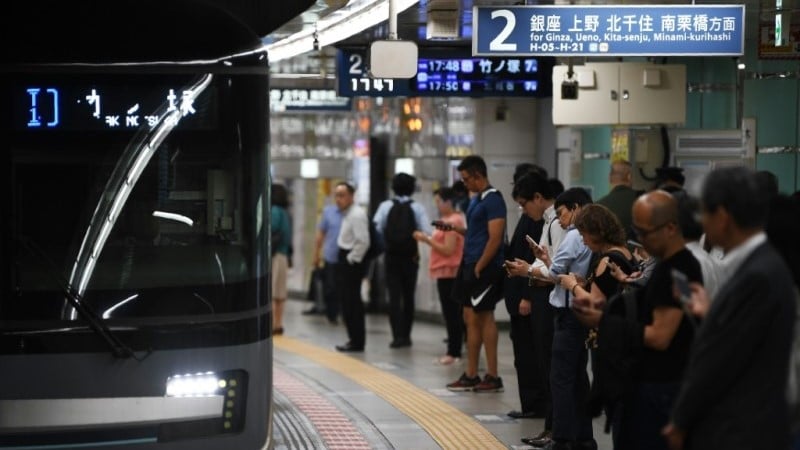 Two people suffered burns in an acid attack at a Tokyo subway station with the perpetrator still at large, police and local media said Wednesday.

The attack took place at Shirokane Takanawa station in an upscale part of Tokyo on Tuesday night, while the Paralympics opening ceremony was being held under tight security in the capital.

One of the victims, a 22-year-old businessman, sustained burns to his face after the suspect sprayed liquid at him on an escalator, a police spokesman told AFP.

Public broadcaster NHK said the man was severely injured by the liquid, which it named as sulphuric acid.

A 34-year-old woman also fell and reportedly suffered minor burns to her legs.

The middle-aged suspect is still at large, said police, who are patrolling the area to try and find him.

Violent crime is comparatively rare in Japan, which has strict gun laws, although there are occasionally attacks involving other weapons.

During the Olympics earlier in August, 10 people were wounded — one of them seriously — in a stabbing attack on a commuter train in Tokyo.

The suspect later handed himself in after fleeing the scene.

Around 60,000 police officers are being deployed for the Olympics and Paralympics, according to Japanese media.