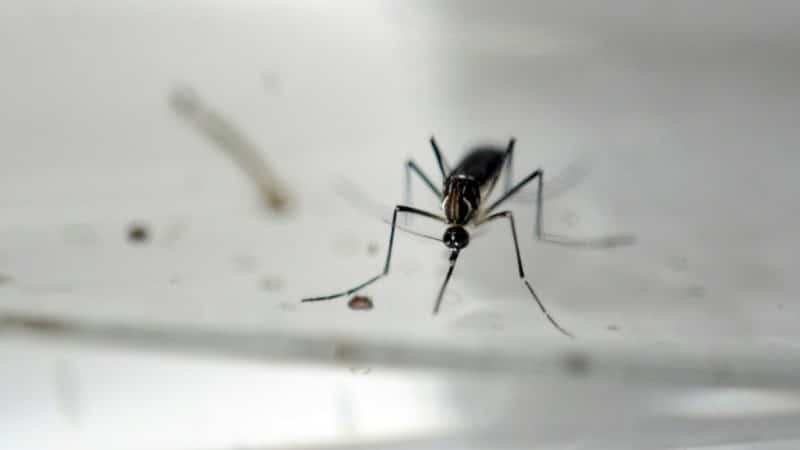 As infection rates of illnesses carried by mosquitoes increase, companies and researchers are racing to develop effective means of controlling the blood-sucking creatures’ population

For decades, researchers have scratched their heads over how to combat deadly mosquito-borne diseases such as dengue fever.

But could the solution come from producing mosquitoes?

The French company InnovaFeed, specialised in the production of insects to feed livestock, is partnering with the Australian research World Mosquito Program (WMP) to develop what it says is the first industrial-level production of mosquitoes.

These mosquitoes can then be modified and sent into wild populations in order to keep numbers down.

As infection rates of illnesses carried by mosquitoes increase, companies and researchers are racing to develop effective means of controlling the blood-sucking creatures’ population.

In most cases, dengue provokes a fever, nausea and muscle and joint pains, but it can become deadly if it provokes internal bleeding or attacks vital organs.

Dengue and zika virus are genuine problems for France as there have been major outbreaks in recent years at its overseas territories in the Indian Ocean, Pacific and South America.

“The idea is to help cities on a large scale, with several million people,” cofounder of InnovaFeed Aude Guo told AFP.

The increase in infection rates of dengue, zika, chikungunya and yellow fever has spurred the Australian research group to scale up previous projects.

Ten years ago, WMP came up with a project — partly funded by the Bill and Melinda Gates Foundation — to inoculate female mosquitoes with a bacterium which erases the transmission of viruses such as dengue to humans.

These mosquitoes, carrying the bacterium called Wolbachia, were let loose in Australia, then in Brazil, the French overseas territory of New Caledonia, and Indonesia.

In Indonesia, an impact study carried out on 300,000 people demonstrated that dengue infection rates decreased by 77 percent in regions where the modified mosquitoes were introduced.

The partnership between InnovaFeed and WMP aims at taking this method to another level of grandeur.

Another company Oxitec, based in the UK but financed by American funds, got the green light from the US agency for the protection of the environment to release its lab-modified mosquitoes in Florida.

“The mosquitoes carry a self-limiting gene which means that when our mosquito males mate with wild females, their offspring inherit a copy of this gene, which prevents females from surviving to adulthood,” Oxitec added.

As a consequence, “there is a reduction in the wild pest population,” Oxitec said.

Around 750 million genetically mosquitoes will be released to battle natural mosquitoes under Florida’s blue sky.

Scientists warn that global warming could trigger major outbreaks of dengue, chikungunya or zika in the future, as mosquitoes thrive in warm temperatures and have longer breeding periods.