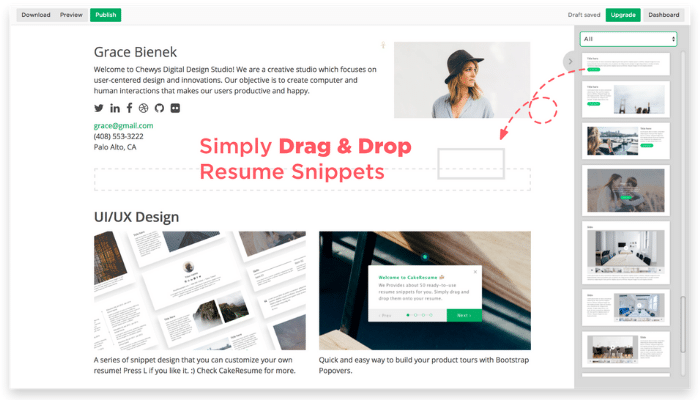 The first time you created a resume, you probably just opened a word document and typed all your credentials. But with the emergence of tougher competition, you now need a trusted CV builder to help you stand out.

CakeResume, a Job Search platform, recently announced that it received a $900,000 seed round investment from Mynavi, an established human resources platform from Japan.

Soon to be the Biggest Career Platform in Asia

The company is set to use the funds to expand its Indian and Japanese markets in hopes to become the biggest technology talent platform in Asia. Mynavi is set to assist CakeResume target the Japanese market. The company also hopes to increase the number of Indian resumes to at least 100,000.

Founded in 2016, the company started as a resume production platform which provides users a simple and effective way to make resumes.

Now, the company has expanded to develop talent recruitments and job hunting functions. Currently, there are more than 500,000 resumes on the platform and some of the most successful companies in the world including Tesla are using it to recruit people.

“There is a shortage of IT talents in the world. CakeResume’s products have many users, and can effectively identify outstanding engineering and business talents to assist companies in recruiting talents,” stated Mynavi.

Of the company’s half a million resumes, 75 percent are from Taiwan, and the remaining ones are mostly from Indonesia, the United States, and India.

CakeResume is one of the most effective career platforms today. With its amazing designs for CVs, anyone can create a great resume in just a matter of minutes. Users can also choose to pay the professional plan. This feature also allows people to embed Google Analytics for improved tracking for their custom domain names.

Once you pay the fee, you can also unlock more templates for resumes and design an unlimited number of CVs.

One of the selling points of CakeResume is its drag and drop interface, which allows its users to showcase their background and skills in a manner that will make them stand out.

The reason why CakeResume is a top choice in the industry compared to competitors such as LinkedIn is because of this function. CakeResume allows engineers and creatives to embed their projects from Github, therefore giving them the opportunity to present visual data rather than a boring link. 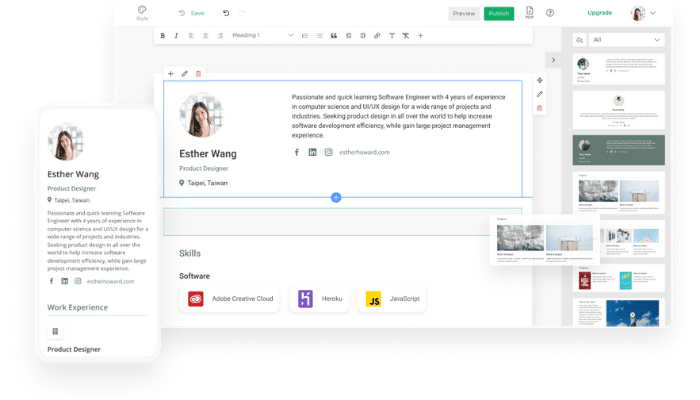 “We aren’t just providing a form to fill in that you can then download as a formatted PDF resume. We want to allow you to be more creative,” shared CakeResume founder Liu Junyi, adding that “you can easily embed project images and add descriptions, which makes it easier for HR to understand what you can contribute.”

The professional yet creative designs of the company are also worth noting. You can download your output at any point. This lets you look over your CV, or share it with others. When you’re done and happy with what you’ve created, you can easily send it off to your future employer.

CakeResume aims to target users and enterprise users. As for corporate users, job postings are free but paying will allow clients to enjoy a curated list of job recommendations to quicken the recruitment process. There is also a customized program that can get 10 times more job applications.

Aside from all these features, CakeResume also offers a “JobEspresso Service,” geared for companies who need assistance in recruiting and interviewing talents. This follows a hunter-head charging model, and the matching fee is determined by the fixed annual salary of the interviewee.

How CakeResume Is Coping with the Pandemic

Since COVID-19, the company has been committed to helping people find remote jobs, which is the emerging trend today. Currently, a lot of job postings specify the location, but Liu and her team expect this to change as the world adapts to the pandemic.