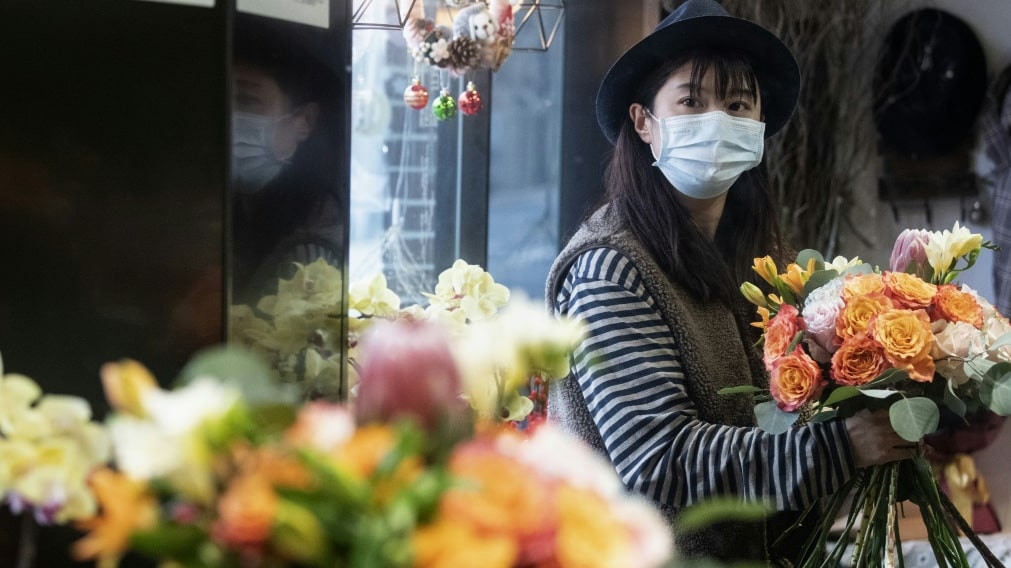 Couples in China celebrate a quite Valentine’s Day, most preferred to stay house-bound to avoid the risk of contracting coronavirus

It was supposed to be a whirlwind tour of China for Jiang Lanyi’s boyfriend: classical gardens in Suzhou, modern art in Shanghai, ice-skating in central Beijing.

Instead, the 24-year-old and her Ukrainian partner have spent more than two weeks holed up in her parents’ house in northeast Liaoning province to avoid the new coronavirus.

Couples around China settled for a quiet Valentine’s Day this year, with COVID-19 intruding as an unwelcome third-wheel in romantic celebrations.

The new disease has infected nearly 64,000 people and killed more than 1,350 in China, triggering transport restrictions, restaurant shutdowns, and the closure of major tourist sites.

Businesses around the country from florists to concert halls closed shop and axed events, leaving couples with no choice but to spend the night in.

For Jiang and her boyfriend, that meant a lot of mahjong.

“We play two to three hours every day,” said Jiang, who met her partner, a tech entrepreneur, while studying in London.

In Beijing, Valentine’s Day specials aimed at couples — from a “My Heart Will Go On” concert to a 1,688 yuan ($240) lobster dinner for two — were canceled.

Valentine’s Day this year “won’t be that different from daily life under quarantine,” said Tyra Li, who lives in Beijing with her boyfriend of nearly three years.

Since Lunar New Year, aside from a trip to see family, the couple has only left the house to buy groceries –- they don’t even order food delivery for fear of infection, she said.

“There definitely won’t be any flowers,” the 33-year-old told AFP. “I don’t dare to receive them and he doesn’t dare to buy them.” 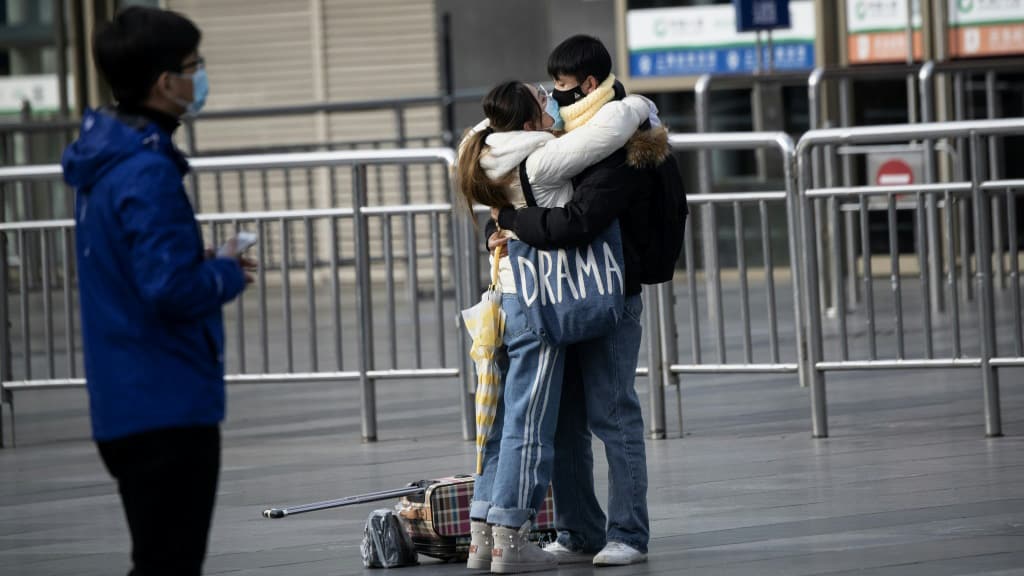 The risk of infection, which has left most lovers house-bound, has battered Valentine’s Day sales for businesses hoping to cash in on love.

Flower shop Xian Hua Ge in Beijing told AFP that sales plunged by up to 70 percent from last year –- partly because many have not returned to the city to work.

Lu Ting, chief China economist at Nomura, said in a Tuesday report that the “return rate” of workers for China’s four Tier-1 cities was only 19.4 percent as of February 9, far below 66.7 percent a year ago.

A worker at Romantic Fresh Flowers said sales had dropped up to 50 percent in part because customers were fearful of virus transmission via delivery staff, while another shop told AFP they had “no stock”.

China’s wedding industry has also taken a hit, with the Chinese government urging couples to delay their nuptials earlier this month.

Zhu He, 25, who downsized her wedding due to virus fears last month, said she and her fiance had originally planned to pick up their marriage license on Valentine’s Day.

That’s been delayed due to the epidemic, said Zhu, who lives in southern Guangzhou city.

“We had planned to go together (with my parents),” she told AFP. “Now, they won’t come even though we all live in Guangzhou.”

“They both can’t drive and I don’t really trust public transport,” said Zhu, worried about the risk of infection. 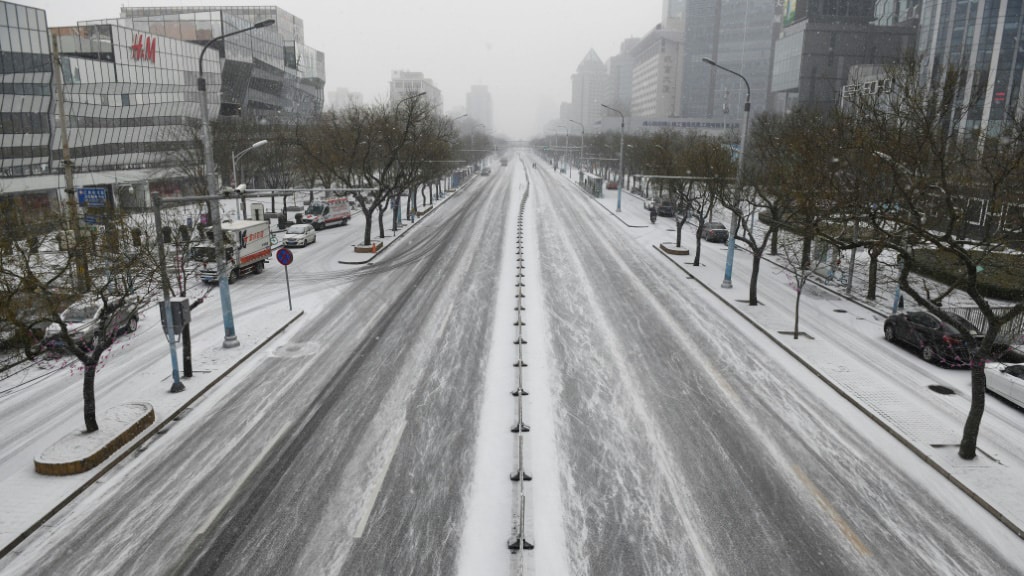 The new coronavirus has also complicated romantic trysts, with many cities across China closing off neighborhoods to outside visitors in a bid to contain the outbreak.

Miao Jing, a university student in northern Tianjin city, said her girlfriend had to sneak into her hotel through the car park for a three-hour rendezvous earlier this month.

The trip was supposed to last three days, explained the 23-year-old, who took a five-hour train to northern Zhangjiakou city to see her partner.

But on the second day, the district where Miao was staying reported a confirmed case of the virus.

“She was really worried,” Miao told AFP. “In the end, I only saw her on the first day.”

For Shaw Wan, 28, who works on short documentaries in Beijing, the epidemic has separated her and her boyfriend –- who is in Taiwan -– indefinitely.

“I don’t really want him to return either — what if he gets infected on the way back?” she told AFP.

But there is some silver lining to the COVID-19 outbreak.

Li in Beijing said staying cooped up at home had meant more time with her boyfriend — in the past, their busy schedules meant they only saw each other after 10 pm on weekdays.

And for Miao and her girlfriend, who are in a long-distance relationship, volunteering in epidemic relief work has brought them closer together.

The two students help residents and communities in Wuhan, the epicenter of the outbreak, with remote tasks like calling to arrange car transport.

“There is a feeling of working together,” she told AFP. “Even if we cannot be together physically, in some sense we are.”