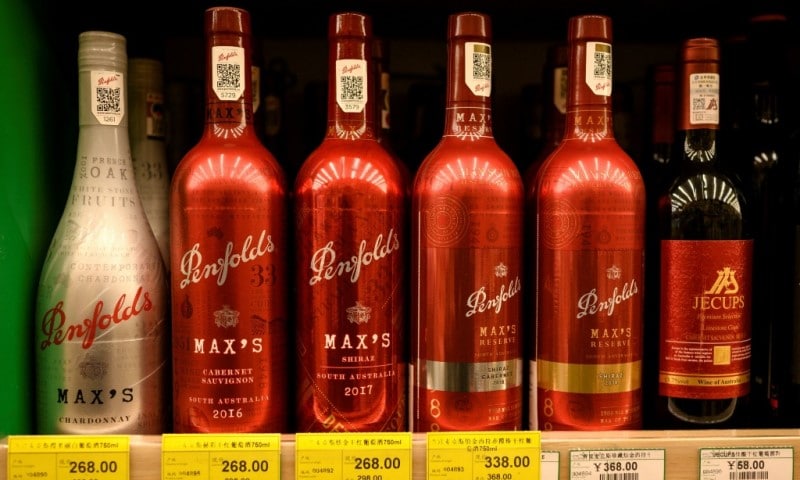 Canberra asked the World Trade Organization to rule against China’s imposition of crippling tariffs on Australian wine exports on Thursday, after initial consultations failed to resolve the dispute.

Australia had said in June that it would challenge Beijing’s tariffs at the WTO, a barrier that virtually shut down what had been Australia’s biggest overseas wine market.

On Thursday it emerged a mandatory period of consultations had failed to resolve the dispute, prompting the latest Australian move that is sure to further sour relations between the two countries.

“We will continue to stand up for the rights of Australian exporters,” trade minister Dan Tehan said announcing the decision.

Australian wine sales to China plummeted from over Aus$1 billion ($840 million) to a virtual trickle after Beijing imposed the tariffs, according to industry figures.

Australia is also challenging Chinese tariffs on barley at the WTO and has objected to sanctions on a string of other goods, which Canberra describes as “economic coercion.”

China has imposed tough economic sanctions on Australian products across a range of sectors.

The measures are widely seen in Australia as punishment for pushing back against Beijing’s operations to impose influence in Australia, rejecting Chinese investment in sensitive areas and publicly calling for an investigation into the origins of the coronavirus pandemic.

China said it has also filed a lawsuit at the WTO challenging Australia’s tariffs on a range of goods, including train wheels, wind turbines and stainless steel sinks.

Earlier Thursday Australia announced it would be acquiring US nuclear-powered submarines and cruise missiles, a move widely seen as an effort to deter Chinese military pressure.