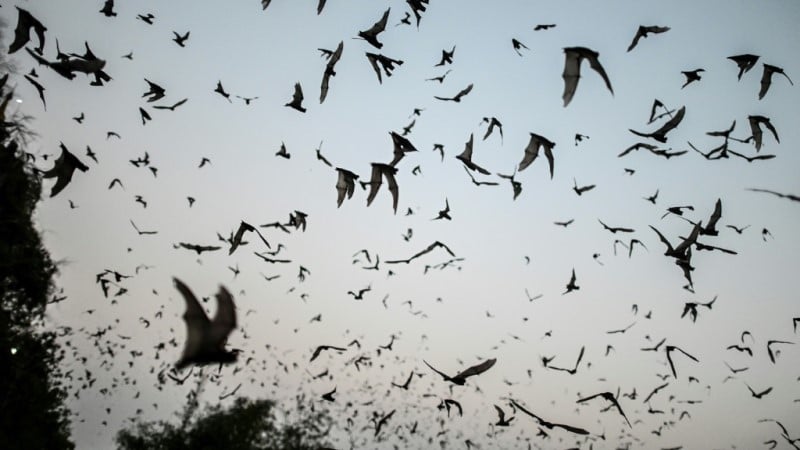 Scientists have discovered another clue to the origins of the virus that causes Covid-19, with bats living in caves in Laos found to be carrying a similar pathogen that experts suggest could potentially infect humans directly.

The virus has killed millions since it emerged in China in late 2019, and controversy continues to swirl around where it came from.

Some experts say it is animal-driven but others have pointed to the possibility the pathogen leaked from a lab.

Researchers from France’s Pasteur Institute and the National University of Laos said their findings showed that viruses genetically close to the SARS-CoV-2 virus “exist in nature” among bat species in the limestone caves of northern Laos, which neighbors China.

Of the viruses they identified among the hundreds of bats tested in Vientiane Province, three were found to closely resemble the virus that causes Covid-19, particularly in the mechanism for latching on to human cells.

“The idea was to try to identify the origin of this pandemic,” Marc Eloit, who leads the Pasteur Institute’s pathogen discovery laboratory, told AFP.

Eloit, whose team analyzed the samples collected, said there were still key differences between the viruses found and SARS-CoV-2.

But he said the work was “a major step forward” in identifying the pandemic’s origin, confirming the theory that the coronavirus that has spread across the world could have started with living bats.

The authors of the study, which has been submitted to Nature for peer review, warned that their findings suggest the new viruses “seem to have the same potential for infecting humans as early strains of SARS-CoV-2”.

“People working in caves, such as guano collectors, or certain ascetic religious communities who spend time in or very close to caves, as well as tourists who visit the caves, are particularly at risk of being exposed,” the authors said.

International experts sent to China by the World Health Organization (WHO) in January concluded that it was most likely that the SARS-CoV-2 virus jumped from bats to humans via an intermediate animal.

A competing hypothesis that the virus leaked from a lab like the specialized virology laboratory in Wuhan was deemed “extremely unlikely”, although it has yet to be ruled out.

Martin Hibbert, Professor of Emerging Infectious Disease at the London School of Hygiene and Tropical Medicine — who was not involved in the Laos research — said the most closely related virus was found to be able to infect human cells “as easily” as SARS-CoV-2 and therefore might be capable of infecting humans.

But he stressed that the virus is “not an ancestor of the pandemic strain”.

“This work confirms the expected diverse nature of bat infecting coronaviruses and increases the evidence that natural spill-over events from bats to humans can occur,” said Hibbert.

The authors of the Laos study, which has been posted on the site Research Square, said their results suggest the pandemic coronavirus potentially evolved through mixing between different viruses and species of bats.

James Wood, Head of Department of Veterinary Medicine at University of Cambridge — who was also not involved in the research — said it suggests “recombination between different viruses was likely involved, rather than there being a simple evolution of a single lineage over a long period”.

In a comment to the Science Media Centre he said this not only underscores the likely role played by bats and perhaps other animals living closely together, but also shows the “risks inherent in living wildlife trade”, where markets can help drive cross-species zoonotic transmission.