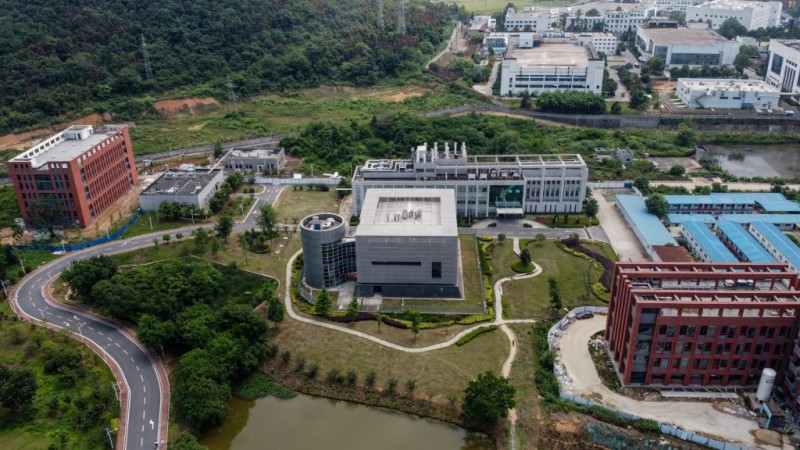 A team commissioned by the World Health Organization to investigate the source of the coronavirus in Wuhan in January concluded that it was “extremely unlikely” that the pathogen originated in a top-security lab in the ground-zero Chinese city.

And a WHO report — seen on Monday by AFP before its official release — found that Covid-19 was most probably first passed to humans from a bat through an intermediary animal, with investigators all but ruling out the laboratory leak theory.

However, that may not completely lay to rest a notion that was brought into the mainstream by former US president Donald Trump and others, and which gained oxygen as Chinese secrecy and the inability to pinpoint a natural source raised suspicion.

Here are some key facts about the Wuhan Institute of Virology‘s lab:

The institute houses a lab with a biosafety rating of “P4” — the highest possible — which is determined by the level of danger and resulting security measures posed by the pathogens studied there. P4-level pathogens include those which cause diseases such as Ebola.

A P3 lab — the biosafety level that includes coronaviruses — has been in operation at the site since 2012.

The institute studies some of the world’s most dangerous diseases and previously conducted extensive investigations into the links between bats and disease outbreaks in China.

Its scientists helped shed light on the Covid-19 pathogen in the early days of the outbreak in Wuhan.

In February of 2020, researchers there published work concluding that the genetic makeup of the new virus was about 80 percent similar to the SARS coronavirus, and 96 percent identical to a coronavirus found in bats.

Many scientists think the virus that causes Covid-19 originated in bats and may have jumped to people via another still-undetermined mammal, and gained traction among humans in late 2019 at a wet market in Wuhan where wildlife species were sold as food.

Liang Wannian, head of the Chinese contingent of the WHO mission, said at the mission’s conclusion that animal transmission remained the likely route, but “the reservoir hosts remain to be identified”.

Previous US diplomatic cables reported by the Washington Post had revealed concern in Washington about safety standards in the Wuhan facility.

Shi Zhengli, one of China’s leading experts on bat coronaviruses and deputy director of the P4 lab, further raised eyebrows in a June 2020 interview with Scientific American magazine in which she said she was initially anxious over whether the virus had leaked from her lab.

Subsequent checks revealed that its gene sequence differed from viruses held at the lab, and Shi said she would “bet her life” that there was no leak, according to Chinese state media.

But the theory was kept alive by the likes of Trump and his former Secretary of State Mike Pompeo. Pompeo insisted last year that there was “significant evidence” that the virus came from the lab, while offering no such proof.

Prominent global publications including Le Monde and the Wall Street Journal, as well as scientists at Harvard and Stanford, also kept the theory alive by publishing articles or reports saying it was a possibility.

The WHO team’s mission to Wuhan included a stop at the virology institute, where they met with Chinese scientists including Shi.

The team’s leader Peter Ben Embarek said at the end of the mission that the lab-leak theory was “extremely unlikely” and “not in the hypotheses that we will suggest for future studies.”

The mission found nothing to overturn the general consensus within the scientific community that the pathogen appeared to be of natural origin.

But questions about the lab persist, with critics noting that the WHO team’s investigative hands may have been tied by strict parameters set by its Chinese hosts.

Team members spent only four hours at the virology institute, just an hour at the wet market, and several days inside their hotel without venturing out into the city.

In a subsequent interview with AFP, Embarek voiced “frustration” at lack of access to raw data while in China.

US national security adviser Jake Sullivan voiced “deep concerns” over how the mission was carried out and urged China to “make available its data from the earliest days of the outbreak”.