Beyond Mulan: Behind the Scenes of Hollywood’s Reckless History in Chinese Cinema 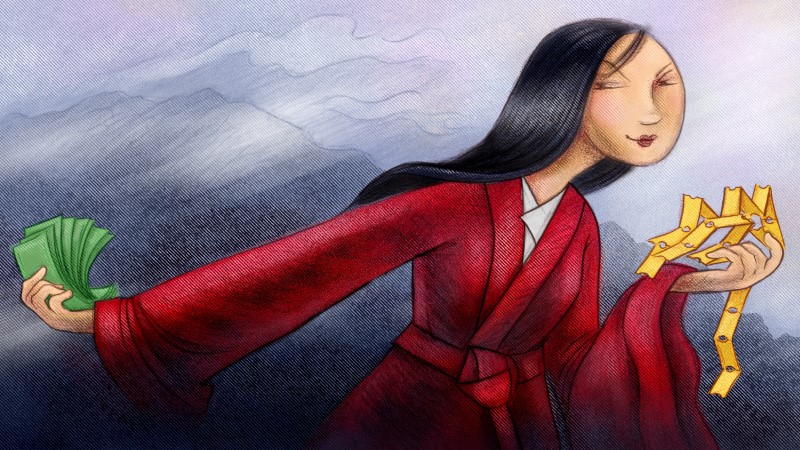 Grave reviews, angered audiences, and counterproductivity; the new Mulan movie has Chinese audiences disappointed once again. But this sentiment is nothing new, and has a very obvious and menacing reason, that goes back years.

China is no longer what it was a couple of decades ago; a developing country which like many others looked up with admiration to American Hollywood stars and cinema. The stakes have been significantly raised, and especially with younger generations, merely throwing out a load of meritless movie-releases at them, does not fly over very well anymore.

In fact, Mulan is just another piece in a long trendline of flops in the last few years in Chinese cinemas. While this movie (and some others) can be excused away by critics, saying it was merely a wrong take on the culture, but with good intentions, there is a more sinister truth unraveling in the industry. 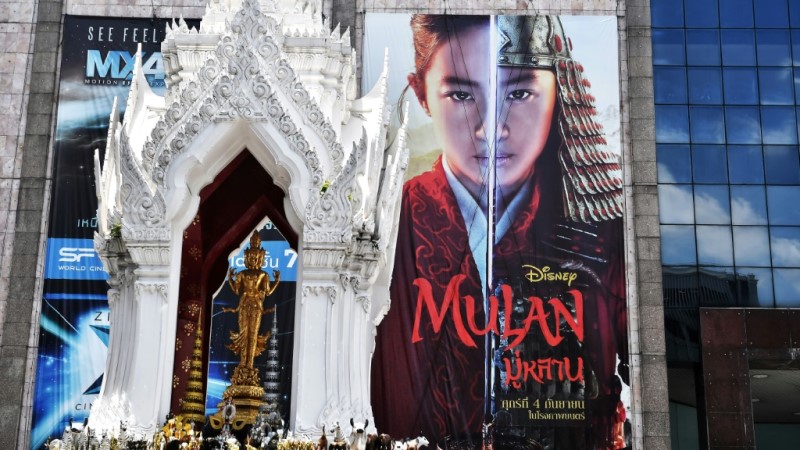 It has become increasingly obvious that new Hollywood blockbusters are purposefully being modified to appeal to Chinese viewers. It is hard to see a new Hollywood movie in Chinese cinemas nowadays without noticing headlining movie-stars awkwardly attempting to recite a phrase or two in Chinese, or to see Chinese actors given secondary rolls alongside them.

This is not surprising, as China is on the verge of surpassing the U.S. in becoming the most lucrative box office in the world (valued at more than $11 billion), and already is having drastic effect on the way new blockbusters are being tailored to target audiences. 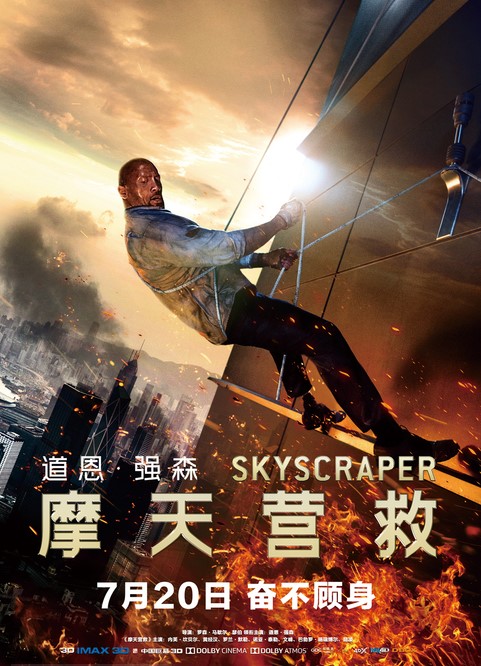 It is no coincidence that in the last decade, films that have featured no Chinese actors – or had no connection to China – returned poor revenues in the country, while those who did succumb to the pressure, performed favorably.

Simply put; in order to make bigger profits, Hollywood has a clear incentive to try to incorporate as many Chinese elements as they can, without the need to add any extra effort into plot or production.

That is to a limit, however, and the problem becomes much larger when examining another major factor in the equation.

“The size of the Chinese movie-going audience is so huge,” one
Hollywood executive told PEN America, “that if you happen to be the one that catches their fancy you can make $100 million in pure profit.”

Very few people are aware of the fact that even foreign movies are subject to very strict regulations in China. Aside from normal edits of adult content, China runs the world’s largest and most sophisticated system of state censorship. It covers all types of medium, including books, social media, news, radio etc.

Making the Cut Beyond Censorship

According to government regulations, there is a limit of only 34 international films permitted to be screened in the Chinese market each year. Movie production studios may surpass the limit by producing films meeting one of the following conditions:

These requirements are what resulted in a plethora of poorly-received films much earlier at the start of this trend, with movies such as 2012, of the same year. The highly-anticipated end-of-the-world epic received painfully negative reviews from critics and audience worldwide.

There was one country, however, that did not mind the flop. China, who played the part of the world’s “savior” in the storyline, immediately replaced Japan as the second largest box office in the world (behind the U.S.). The somewhat positive reception, however, was momentary, at best. As this trend began to take flight, the new attitude towards China in Hollywood movies began to feel redundant.

The trend was quickly picked up by other production studios, who have since purposefully censored and modified movie releases intended to be favorable by the market. To further meet the standards of Chinese cinema, movie-writers were asked to alter the image of China from the “villain” it was once portrayed as in foreign cinema, to a friend and ally. 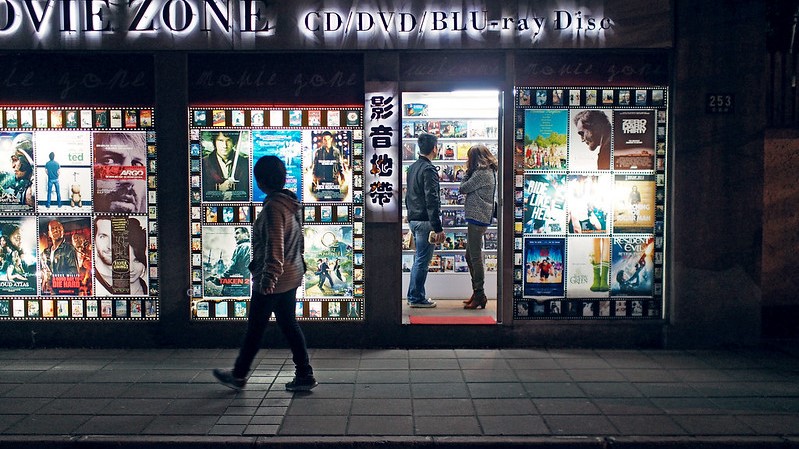 While this point in specific might not be such a bad change in terms of diplomatic-relations, or cultural representation in general, it is barely the only distortion being imposed on the art form.

But the realization that foreign movies can practically double their profits by being selected to be screened in Chinese cinemas, has led many actors to “sell out” (as said by critics) in order to satisfy the marketing attempts of film companies, even at the sake of sacrificing artistic merit.

The Great Wall starring Matt Damon, is a more recent example of such cases. The China-U.S. co-produced film – described by Huading Awards’ chairman as “one of the worst” – was an obvious attempt at satisfying Chinese cinema conditions, while putting the reputation of A-list movie actors on the line.

This type of collaboration is very clearly aimed at achieving a win-win scenario, with movie studios maximizing profits, and China acquiring its long-desired “soft-power” abroad, through media and arts. As such, it has resulted in tremendous financial losses in both of its dissatisfied target countries, and understandable ridicule.

Towards the end of the last decade, this trend has become almost too obvious, with every major action thriller following this demeaning theme, as seen in hits such as Furious 8, Ironman 3, Looper, Gravity, Transformers: Age of Extinction, and Skyscraper, to name a few. And let’s not forget, of course, Jason Statham’s and Li BingBing’s “worst movie of 2018” – The Meg.

Many of the previously beloved franchises have had the sequels purposefully display an exaggerated appeal to the Chinese market, whether it being Chinese-actor inserts in the cast or Chinese filming locations.

Perhaps the clearest example, is the Star Wars franchise. The Force Awakens installment – not having been intended for Chinese cinemas, for obvious reasons – was almost non-existent in terms of profit in the nation. As a response, the sequel, Rogue One, made a “timely” decision to cast prominent Chinese stars Jiang Wen and Donnie Yen, in hopes of drawing in more attention from Chinese moviegoers.

The Excuse of Diversity

In the age of political correctness and cultural appropriation, Hollywood’s strong stance on embracing a rainbow of cultures in films is no secret. But whether the increasing inclusion of Chinese actors in films is just an innocent step on the road to diversity, is a stretch. In fact, the controversies surrounding the inclusion and representations of Chinese or Asian-American actors is an attestment to that.

Dissatisfaction on Both Sides

What was intended to be a step towards appealing to Chinese viewers, seems to have become counterproductive, and has instead created negative backlash. Not only have foreign critics expressed their dissatisfaction with the money-hungry directive decisions of filmmakers, Chinese viewers themselves have picked up on the excessive form of manipulation.

Many film-enthusiasts from the country have gone online to bash the new releases which have fallen victim to the thirst for creating a bigger bang-for-the-buck, and have gone as far as to say that they feel disgusted by the growing trend. Viewers can’t help but feel that the forced placement of Chinese actors in such films sacrifices the authenticity of the movies they once loved.

Cinema-goers in the west are naturally bemused as well. Having the complicated China-Hollywood relationship dictate the outcome of new movie releases is at no one’s best interest besides the wallets of production companies and foreign authoritative powers.

Spotted in a US megaplex: Poster for the Top Gun sequel, with Tom Cruise’s iconic leather jacket — but missing 2 flags, those of Taiwan & Japan. There are meaningless symbols instead. What could account for Paramount or the filmmakers changing those? Hmmm. https://t.co/aLcDGBji4k pic.twitter.com/0y7iyYKKLf

More Menace Beneath the Surface

With the age of digital movie downloads, an even more surprising and alarming issue was raised by local movie fans, who noticed that the theatrical-release versions of films seemed different from the downloaded “foreign” versions.

Some netizens have gone on to investigate, and found that many of these big-name movies have two different versions released, with the version intended for China containing an additional 5-15 minutes of footage showing the Chinese cast, or with some subtle added nuances relevant to China. This level of pandering couldn’t be seen as anything less than condescending, and naturally, backfired tremendously.

With Hollywood taking such drastic steps to try to build a strong relationship with China’s quickly-approaching dominance in the film market, the incentive is obvious. The consequences, however, may be undesirable. In the long run, such level of excessive appeasement may annoy and offend audiences across all borders rather than please, as is being seen already.

Netizens in the country strongly encourage movie-studios to go back to producing the films they once loved watching; films that were more sincere, and were more concerned with developing an authentic plot, rather than using this form of entertainment to cash-in more revenue.