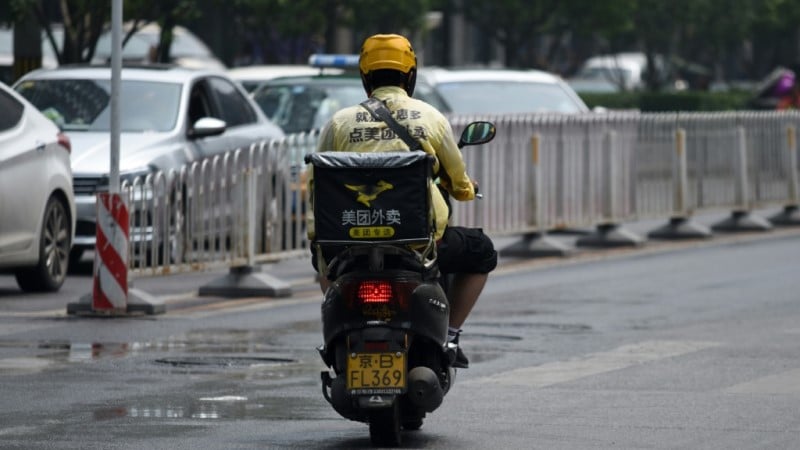 A Meituan food delivery man rides his scooter in Beijing

Shares of Chinese online giant Meituan plummeted for a second straight day Tuesday amid a run of bad headlines that included the CEO posting an ancient poem viewed as a veiled criticism of China’s government.

Meituan’s Hong Kong-listed shares closed more than five percent lower Tuesday — and down around 12 percent since last week — as investors bet it would become the next big Chinese tech company humbled by government regulators.

Beijing has moved aggressively to loosen Big Tech’s hold on the daily finances of consumers and — analysts believe — to curb the sector’s growing influence on society by using anti-monopoly probes.

Two weeks ago regulators said they had also launched a similar probe of Meituan, a consumer lifestyle super-app through which users order consumer goods and book entertainment, health and leisure services.

Resulting pressure on Meituan shares turned into a rout after CEO Wang Xing last Thursday posted on social media a classic ancient poem about the tyrannical rule of China’s first emperor, which was widely viewed as a swipe at authorities.

Compounding Meituan’s troubles, an influential Shanghai consumer advocacy group on Monday accused the platform of problems with refunds and misleading content on its mobile app.

“Using such a cryptic poem at such a sensitive time, investors will shiver in fright,” said a posting on Gelonghui, a popular stock-discussion account on China’s Twitter-like Weibo. 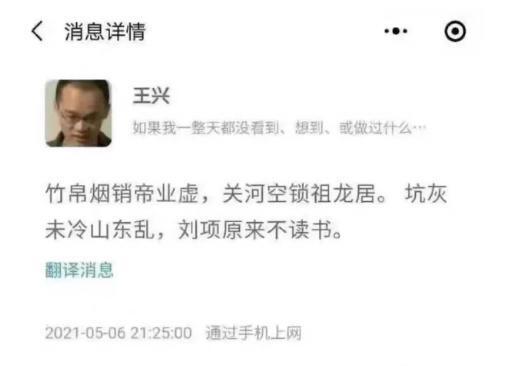 “Before ashes [in the book-burning pit] turned cold, revolts rose east of the mountain,” the poem read. In another line, the poet wrote that the two major leaders of the revolt who overthrew the Qin dynasty, Liu Bang and Xiang Yu, were not fond of books, belittling the first emperor’s futile efforts of trying to strengthen his rule by punishing intellectuals and suppressing ideas.

Wang quickly deleted the post and has said it was mistakenly interpreted.

Shares of Meituan, which is backed by Chinese tech giant Tencent, had surged since it listed in Hong Kong in 2018, vaulting it into the ranks of China’s most valuable tech companies.

Meituan has vowed to present authorities with a “rectification” plan to address what China’s national market watchdog has called “suspected monopolistic behaviors”.

Financial regulators summoned 13 internet companies in late April to order them to make changes to their fintech operations, after 34 major companies were earlier told to respect anti-competition guidelines.

Aside from the huge fine on Alibaba, its financial arm Ant Group was forced to scuttle a planned record-shattering $35 billion Hong Kong-Shanghai IPO late last year.

Ant has pledged to comply with government demands to bring its fast-growing online lending, credit and wealth management businesses in line with banking regulations.

Zhang Gang, a strategist with Central China Securities, said skittish investors saw little further short-term upside for once-soaring stocks like Meituan, and were bailing out on expectations of forthcoming punishment.

“It’s the uncertainty that unnerves the investors,” he said.