China Shows Off New Drones and Jets at Zhuhai Airshow 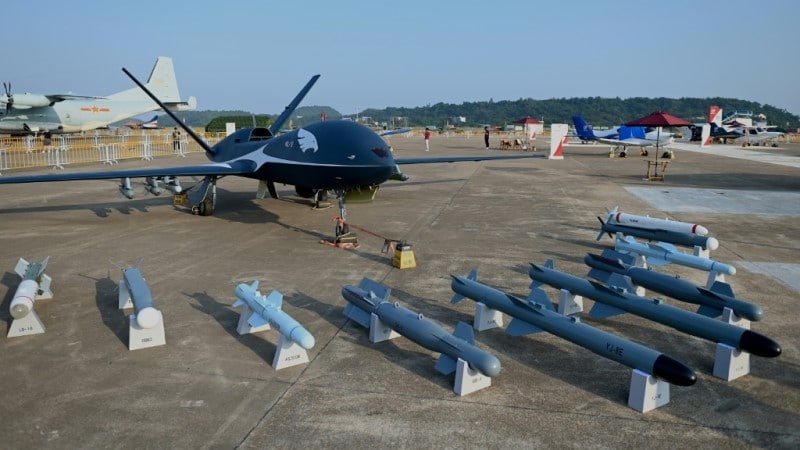 China showcased its new air power at Zhuhai, with a range of drones on display including the WL-10

China on Tuesday showed off its increasingly sophisticated air power including surveillance drones, with an eye on disputed territories from Taiwan to the South China Sea and its rivalry with the United States.

The country’s biggest airshow, in the southern coastal city of Zhuhai, comes as Beijing pushes to meet a 2035 deadline to retool its military for modern warfare.

China still lags the United States in terms of tech and investment in its war machine, but experts say it is narrowing the gap.

A US intelligence report this year flagged China’s growing influence as one of America’s biggest threats. 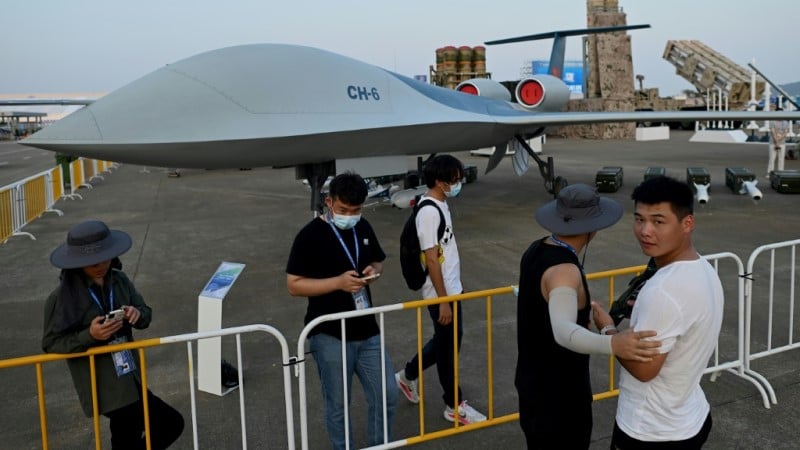 On Tuesday, the air force aerobatic team left colorful vapor trails as it maneuvered in formation, while visitors inspected new jets, drones and attack helicopters on the tarmac.

The CH-6, a prototype drone with a wingspan of 20.5 meters (67 feet), was among the domestic tech unveiled.

It is designed for surveillance and can also carry weapons for strike missions, according to open-source intelligence agency Janes.

The drone has a cruising altitude of 10,000 meters, “but it can go as high as 15,000 meters,” Qin Yongming, general manager of drone maker Aerospace CH UAV Co, told AFP.

“It can fly for longer periods (than previous models)… it can carry out longer missions, with higher efficiency without any time limits.”

Other debutants included the WZ-7 high-altitude drone for border reconnaissance and maritime patrol, as well as the J-16D fighter that has the ability to jam electronic equipment.

Both have already entered service with the Chinese air force, state media reported.

“They will play a major role in both the Taiwan Strait and the South China Sea,” military commentator Song Zhongping told AFP.

Beijing claims virtually all of the South China Sea — disputed with several other nations — and says the self-ruled island of Taiwan is an inviolable part of its territory.

Under president Donald Trump, the United States authorized arms sales to Taiwan worth around $18 billion worth, including advanced missile platforms — sales that have angered Beijing. 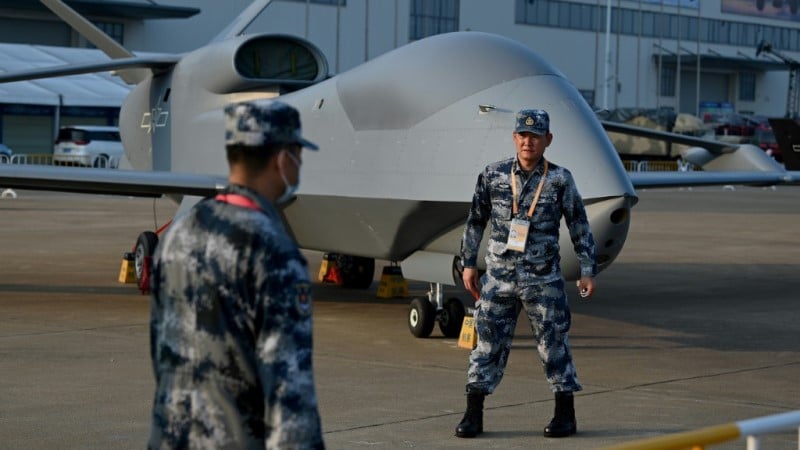 China’s WZ-7 high-altitude drone for border reconnaissance and maritime patrol has already entered service with the air force, according to state media

China is also “clearly positioning itself to be an alternative supplier” of advanced drones, with relative affordability, said Janes analyst Kelvin Wong.

The United States and European countries have been hesitant to supply such equipment outside a select group of partners, he added.

Chinese drones have already combat action in the Middle East, and have been sold to customers in other regions too. 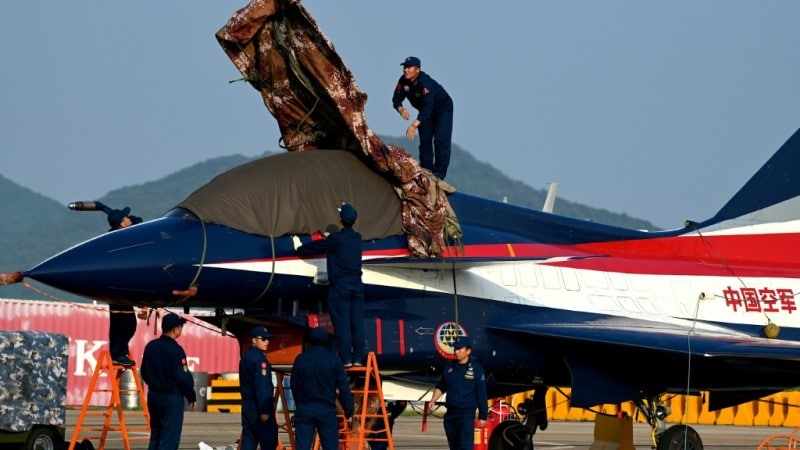 China still lags the United States in terms of tech and investment in its war machine, but experts say it is narrowing the gap

The jet has wingtip pods to disrupt enemy electronic equipment and has drawn comparisons with the US-made EA-18G Growler.

The Zhuhai airshow, usually held every two years, was postponed from last year due to the Covid-19 pandemic and is being staged before a largely domestic audience due to quarantine and travel restrictions.